In September, 1976, as a newly minted doctor training to be a microbiologist at the Institute for Tropical Medicine in Antwerp, Peter Piot received an unusual package in the mail: A blue thermos containing two vials of blood and, with it, a handwritten note explaining that the samples were from a nun who had died a gruesome death in what was then Zaire and that the Belgian doctor treating her was unable to identify the cause.

When Dr. Piot looked at the samples under the microscope he saw giant (by infectious disease standards) worm-like structures that were unlike almost any other virus. What he discovered that day would come to be known as Ebola.

Along with other disease detectives, he travelled to Yambuku, in rural Zaire, to track the source of the disease, understand its epidemiology and quell the outbreak.

At age 27, Dr. Piot embarked on an adventure – one much like that of his childhood hero Tintin – but that journey changed his life and, eventually, would have repercussions on global health for decades to come.

"It was not only the discovery of a virus, but of myself," he told the BBC many years later.

Dr. Piot is this year's recipient of the prestigious Canada Gairdner Global Health Award, which recognizes someone responsible for a scientific advancement that has made a significant impact on health in the developing world. The prize is valued at $100,000.

His Ebola work – which, today, is more timely than ever – is reason enough for the recognition but, in addition, Dr. Piot played a pivotal role in the global response to the HIV-AIDS pandemic, particularly in the epicentre in southern Africa.

In the early 1980s, HIV-AIDS was seen principally as "gay cancer," causing ravages among men who frequented bathhouses and had multiple sexual partners, as well as recipients of blood transfusions.

In reality, the virus was spreading unchecked across a large swath of Africa, fuelled by widespread denial. Dr. Piot did on-the-ground tracking of the epidemic in Burundi, Ivory Coast, Kenya, Tanzania and Zaire throughout the 1980s, a time when researchers had to struggle in the face of open hostility and widespread corruption.

The apex of that work was Project SIDA in Kinshasa, Zaire, an international project that is widely acknowledged as having provided the foundations of science's understanding of HIV infection in Africa, and the first clues about what prevention methods would be most effective.

But Dr. Piot did not limit his work to the lab. Quiet and unassuming – "we Flemish tend to be unemotional," he says dryly – he gradually became an activist, driven by the need to try to quell the pandemic all the research predicted was coming.

He used that bully pulpit effectively, shaming Western nations into increasing their paltry commitment to the global fight against HIV-AIDS.

"Sometimes I hear that there is 'too much money for AIDS.' Nothing could be further from the truth," Dr. Piot said at the 2006 International Conference on AIDS in Toronto.

The pandemic is far from over: There are still 35 million people living with HIV-AIDS, about 2.1 million new infections annually and 1.5 million deaths. But the spread of the disease has slowed markedly – in large part because of the work and advocacy of scientist-activists like Dr. Piot – and there is cautious talk of an end.

While AIDS has dropped from the headlines, Ebola seems to have taken its place. Dr. Piot, who is now director of the London School of Hygiene and Tropical Health, once again took centre stage, warning that the response to the outbreak was too slow and too timid.

The title of his autobiography, No Time To Lose: A Life in Pursuit of Deadly Viruses, summarizes well his career. What the title doesn't convey, however, is that it is a rare scientist who can do world-class research and then transform it into policy by steering the ideas through the complex web of global health politics.

It is a rarer one still who can play such a pivotal role in what are arguably the two defining global health challenges of our time.

Secrets of the cell: Breakthrough discoveries in the inner workings of cells are highlighted by the Gairdner International Awards
March 25, 2015
Gairdners honour researcher who went from outsider to stem-cell pioneer
March 25, 2015 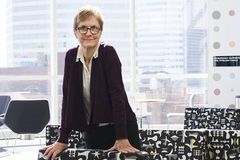