For the first holiday season in distant memory, I am not running around like a turkey with its head cut off. Sure, I have organized a carolling event with my neighbours and made Christmas crafts with my son, but as of yet, I have not baked a single cookie, pre-ordered an organic bird or gotten around to e-mailing invitations for our annual New Year's Eve party. I have no idea what I'm going to send to my dear parents, who live 6,000 kilometres away.

I am okay with this. Unlike other years, I am not trying to cover all the bases to pull off a Hallmark Christmas – a strategy that has led to burnout before the stockings are hung, followed by PCD (post-Christmas depression). My goal this season is to follow the 70-per-cent rule.

The idea, promoted by fitness and work-life-balance gurus, is to stop "giving it your all" in every area of life and see what it feels like to devote 70-per-cent effort in most areas, most of the time. And since the pressure to be all things to all people is linked to anxiety, sleep disorders, irritability and other forms of psychological distress, a 70-per-cent approach could be a strong defence against these all-too-common health concerns (when there isn't an underlying mental illness).

The 70-per-cent rule, based on a somewhat arbitrary ratio, is not the same as the Pareto principle, well known in business circles, which dictates that 80 per cent of the outcomes come from 20 per cent of the inputs. It's better aligned with the principle espoused by fitness gurus who know their clients are more likely to stick with a goal, and less likely to get injured, if they give up the idea of pushing themselves to give maximum effort all the time. With the 70-per-cent rule, the focus is not on maximizing returns but on achieving reasonable goals, with well-being top of mind.

Constantly pushing ourselves to go the extra mile can have a negative impact on all areas of life, said Scott Schieman, a University of Toronto professor who researches the interface between work, stress and health. People who never take the time to recharge tend to feel overwhelmed and inadequate both at work and at home, he said. Stress may cause us to disengage from the people we love, and "you need those quality relationships to offset the demands and pressures of everyday life," he pointed out.

As daily demands send more of us to the brink, the concept of living "smarter, not harder" is dovetailing with the mindfulness movement and a new proliferation of life-balance books, such as Christine Carter's The Sweet Spot: How to Find Your Groove at Home and Work, due for release in January. Common themes include scheduling mini-breaks, defining the limits of a project at the outset, being clear about what you won't take on and identifying areas where a B-plus effort is adequate, saving energy for projects that demand an A-plus.

As a stress-reduction tool, the 70-per-cent rule is both sensible and audacious. Renée Peterson Trudeau, a life-balance coach and author of The Mother's Guide to Self-Renewal: How to Reclaim, Rejuvenate and Re-Balance Your Life, recommends that people reserve up to 40 per cent of their energy for themselves.

The strategy might sound unrealistic, lazy or even selfish coming from someone other than Trudeau, a former communications executive who has written three books and runs two businesses. Trudeau said she used to think the more she stayed on top of everything, the more effective she would be, "but I have come to know the opposite is true."

She now believes that the more time she takes to slow down and put important things first, "the more wise, the more brilliant, creative, centred and authentic I am in all areas of my life."

Even so, following the 70-per-cent rule is easier said than done – especially for those of us who put our noses to the grindstone to keep Protestant/Jewish/Catholic/Muslim guilt at bay. We pull out all the stops to make our families happy, overbook our calendars out of FOMO (fear of missing out) and check work e-mail 24/7 in hopes of maintaining our value in the company and to avoid landing on the chopping block. Some of us wear our maxed-out schedules as badges of honour, even though we are all too familiar with what happens when the well runs dry.

The motivation to go through life at full throttle is often based on the belief that doing it all "is what makes us worthy and acceptable," said Jennifer Berdahl, a professor of leadership studies at the Sauder School of Business at the University of British Columbia.

But perfectionism is far more than an individual problem, said Linda Duxbury, a work-life balance expert and professor at the Sprott School of Business at Carleton University. Today's corporate culture only reinforces the belief that we should be able to do more with less, she said. "Workloads are going up. The expectation that you'll be available 24/7 is going up."

Despite putting in overtime, however, many of us may be protecting our mental health by default. Research has shown that employees tend to be unproductive at least 30 per cent of the time, Berdahl said. Some burn the midnight oil because the optics of careers such as law demand it. But the truth is, "nobody can sustain their maximum level of effort for very long," Berdahl said.

Taking regular breaks and curbing digital communications are simple ways to reduce stress. A UBC study published earlier this month found that adults – including financial analysts, medical professionals and students – instructed to check e-mail no more than three times a day experienced significantly lower daily stress than those who checked e-mail an unlimited number of times.

Another way to keep stress at bay is to adopt the notion of "haiku productivity." Leo Babauta, author of The Power of Less and creator of ZenHabits.net, a top-25 blog according to Time magazine, suggests setting arbitrary limits on everyday tasks. Like the 17 syllables permitted in a traditional haiku, putting tight constraints around a project forces people to "evaluate what's important and what doesn't make the cut," he said. The principle could apply to everything from how many times you'll volunteer at your kid's school to a decision to serve no more than six dishes at Christmas dinner. The result, he said, is "you don't overwork yourself, or overdo it."

For many of us, giving work our full focus can be deeply satisfying. But when it comes to household chores and holiday preparations, I am finding it liberating to surf the sweet spot of 70-per-cent effort. Now that I've stopped overfunctioning to get it all done, my husband has suddenly volunteered to do things like organize our son's birthday, which falls a week after New Year's.

I'm still not sure how it will all come together, but if I end up going to a friend's party empty-handed, or the gifts to my parents don't arrive in time, I am determined not to sweat it. (I know they will love me anyway.)

Holiday parties can be difficult when you're dealing with cancer. Here are 8 tips to help navigate through it
December 11, 2014 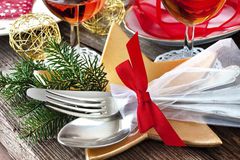 Holiday baking: Sacrifice calories, not flavour, with these ingredient substitutions
December 8, 2014
How do I fit in a workout now that I’m a mom?
December 4, 2014 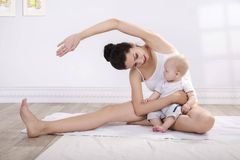