Just hours after the revelation that the lethal Ebola virus had spread to the United States, at least two quarantine experts were urgently dispatched to Liberia's international airport to check for holes in its system of passenger health checks.

It was from Roberts International Airport, just outside Monrovia, that a Liberian man named Thomas Eric Duncan boarded a flight on Sept. 19, while he was still in the incubation period for the Ebola virus.

A day later, he arrived in the United States, bringing the first Ebola case to be diagnosed in North America. He fell sick within a few days, but his case was not identified until blood tests were conducted on Tuesday.

Passengers at the airport are routinely checked for any signs of fever or illness, and they are required to report any contacts with Ebola patients. Liberia, with nearly 3,700 cases of Ebola and 2,000 deaths counted officially so far, accounts for more than half of all the Ebola cases in the world, and the screening system is supposed to minimize the risk of passengers carrying Ebola as they fly out of Liberia.

As soon as the U.S. case was announced on Tuesday evening, U.S. officials in Liberia swung into action. One of their first urgent steps was to send the quarantine experts to the airport the following morning to see if the screening system had failed.

"We've already sent a team out to the airport today [Wednesday] to see if we missed something, and so far we see that we haven't," said Tom Kenyon, director of the Center for Global Health at the U.S. Centers for Disease Control and Prevention.

"There were no signs of any disease when the gentleman boarded the flight here – no fever or signs or symptoms or reported exposure," Dr. Kenyon told reporters at the U.S. embassy in Monrovia on Wednesday.

Because there are usually no symptoms in the early stages of Ebola, it can be nearly impossible to prevent a passenger with Ebola from boarding an airplane. But since the virus is not contagious in this early stage, there is very little risk that the virus will spread to other passengers during a flight.

Liberian officials said the U.S. case was inevitable and unsurprising. "It means the entire world is not safe," said Liberian assistant health minister Tolbert Nyenswah in an interview on Wednesday.

"It means we should all be making frantic efforts to stop Ebola in West Africa," he said.

Mr. Nyenswah and other Liberians are hoping that the U.S. case will help to mobilize more global resources to fight Ebola in West Africa, where the epidemic originated earlier this year. "It's a clear indication that Ebola has no boundary," said Thomas Siakor, a 32-year-old university student and bread vendor in Monrovia. "It can kill anyone."

While the latest official numbers still show a rapid spread of the Ebola epidemic, with a World Health Organization report on Wednesday counting nearly 7,200 cases and more than 3,300 deaths in West Africa so far, Liberian and U.S. officials are convinced that there are some early signs of progress in the battle against the virus.

One possible sign of progress: Liberia's Ebola hotline, which fields calls from people seeking ambulances or emergency help, has reported a drastic decline in calls in recent weeks. The call centre, which operates 24 hours a day with three rotating shifts of workers answering calls, was once getting about 1,000 calls per shift. This week it was getting only about 300 calls per shift.

Mr. Nyenswah, the assistant health minister, says the decline in phone calls is partly a result of expanding access to ambulances and treatment beds. A few weeks ago, there were only four ambulances to handle Ebola cases in Monrovia. Today there are 13, he said, and it has become easier for Liberians to get access to ambulances without calling the hotline. This doesn't necessarily mean, however, that the number of new Ebola cases has declined.

The number of treatment beds is also increasing. A new Ebola unit opened in Monrovia last week, with 150 beds, while new beds have been added at a treatment unit operated by Médecins sans frontières (Doctors Without Borders). Every morning this week, MSF has had 50 empty beds available for new patients, and not all have been filled.

The Red Cross cautioned, however, that the daily number of bodies has been changing unpredictably and could still increase again.

"We're not hearing the horror stories of bodies being left in the community," Dr. Kenyon said. "Progress is being made, but this remains a very serious epidemic."

He said he had "cautious optimism" that the epidemic could be brought under control.

But others are much more skeptical. They note that the Ebola hotline in Liberia often fails to send ambulances on time, so some Liberians don't bother calling it any more. A huge number of undiscovered Ebola cases are still being neglected without treatment in Monrovia's houses and shacks, they say.

"The situation is still not under control," said Laurence Sailly, the MSF emergency co-ordinator in Monrovia. "I'm not feeling optimistic."

Ebola: What Canada is doing to prepare
October 1, 2014 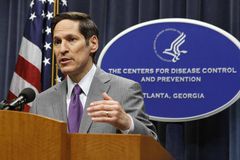 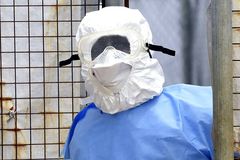 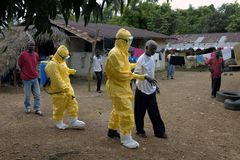