The International Agency for Research on Cancer announced Wednesday that coffee is being removed from its list of possible human carcinogens.

The agency, part of the World Health Organization, convened a panel to review existing evidence and they found no convincing proof that drinking coffee increases the risk of cancer.

However, the group did find that consuming hot beverages (about 70 Celsius) probably does cause cancer of the esophagus.

So does that mean it's time to add hot liquids to the list of items (bacon, cigarettes and formaldehyde, for instance) to avoid lest you want to get cancer? Or should we even trust the recommendations from the IARC, considering its changing stance on the carcinogenity of coffee?

The answers on both counts aren't simple. But that's beside the point. What we really need is some proper context around what the IARC's list of carcinogens actually means.

To figure out where a certain substance belongs, a panel of experts evaluates the evidence to determine the potential risks. It's no surprise that tobacco is part of Group 1, a known carcinogen. But what about wood dust, ethanol found in alcohol and processed meat? They are all also classified as definite carcinogens. Does that mean woodworking projects, a glass of wine or a slice of bacon need to be classified as grave dangers?

The list of Group 1 carcinogens also includes potentially life-saving drugs such as tamoxifen, which is used to prevent or treat breast cancer.

It appears that the list of things to avoid if you don't want cancer is endless and virtually impossible to adhere to in modern society. The simple act of putting gas in your car or taking an oral contraceptive pill puts you at risk, according to the IARC. Right?

Well, not so fast. The IARC's classification of carcinogens evaluates whether a substance is capable of causing cancer – not the risk it poses to a person in everyday life. In other words, looking at a pile of wood dust is not going to give a person cancer. But being exposed to it every day over a number of years might increase a person's risk of certain types of cancer, such as nasal cavity cancer. And processed meat is considered a Group 1 carcinogen because research has found a person who consumes 50 grams of it a day has an 18-per-cent higher risk of developing colorectal cancer. Or take the example of tamoxifen. Some studies suggest it might increase the risk of uterine cancer. But for women diagnosed with breast cancer or at high risk of developing it, it is an important drug to take.

So while the IARC's list is comprehensive and evidence-based, there's no reason for hysterics over every new announcement. It's an important resource for policy-makers to have, but it should not be read as a guidebook of things that must be avoided at all costs. If that were the case, we would never go outside in the sun, eat a steak or drive a car. The potential for something to be carcinogenic must be balanced with the actual risks it poses.

Why some wary parents are going sunscreen-free
June 3, 2016 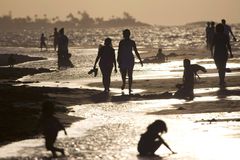