Health officials across the country are on the lookout for a rare type of virus that appears to have crossed into Canada from the United States, where it has caused severe respiratory illness in children in a dozen states.

Enterovirus D-68 has been confirmed in 18 patients in Alberta and is suspected in 20 children and teens in Windsor, Ont., where an unusual influx of young patients with breathing difficulties led a hospital to bar underage visitors from its pediatric unit.

The virus has not led to any deaths in Canada or the U.S., where 130 cases of respiratory illness caused by EV-D68 have been diagnosed since August, mostly in the Midwest. But EV-D68 has sent a higher-than-expected number of children to hospital intensive care units, prompting Canadian health officials to keep a closer eye on a virus that in the vast majority of cases causes symptoms no worse than the common cold.

"It's fairly rare. We haven't seen many cases in Canada," said Gregory Taylor, Canada's deputy chief public health officer. "But, on the other [hand] we don't look for it particularly often."

Canadian clinicians are looking for EV-D68 now. On Sept. 9, the Public Health Agency of Canada (PHAC) sent an alert to 4,000 health officials across the country, urging them to watch out for EV-D68 after cases emerged in the U.S. and after clusters of mild to severe respiratory illness popped up in "several additional provinces in Canada."

Alberta became the first province to confirm EV-D68 this week after it tested specimens from 100 patients under the age of 18 seen in hospital with respiratory illness since Sept. 1.

However, further testing at the National Microbiology Laboratory in Winnipeg will be necessary to determine if the strain of EV-D68 in Alberta is the same as the strain circulating in the U.S., he added.

Alberta undertook its testing in light of what was unfolding in the U.S., not because the province saw more children with respiratory illness than would be expected in September, when back-to-school season often leads to an increase in colds.

At Windsor Regional Hospital in Ontario, however, officials noticed an unusual increase in the number of children, initially under age five, requiring hospitalization for severe respiratory illness late last week, according to Ron Foster, a spokesman for the hospital.

Twenty young people, including some teens, had been hospitalized for severe respiratory illness at Windsor Regional as of Tuesday, he said, although the hospital is still awaiting test results, meaning EV-D68 has not been confirmed or ruled out.

Enteroviruses are a family of viruses related to the common cold.

EV-D68, one of more than 100 serotypes, was first identified in California in 1962. In the U.S., a national system for monitoring enteroviruses received only 79 reports of EV-D68 between 2009 and 2013. PHAC has confirmed 82 cases in the last decade.

EV-D68 is likely more common than that, but hospitals and doctors usually see no need to determine exactly what type of virus is behind everyday cold symptoms such as runny nose, cough, minor respiratory issues and muscle aches, especially considering there is no vaccine or anti-viral treatment for EV-D68.

"It's of no clinical significance," said Joan Robinson, the chair of the Canadian Paediatric Society's infectious diseases and immunization committee. "Generally, what the doctor does with the patient is not going to change one iota by figuring out that the child has a certain type of enterovirus."

EV-D68 is spread primarily through coughing and sneezing. To prevent its spread, people should wash their hands frequently, try coughing into their sleeves and stay home from work or school if they symptoms, Dr. Taylor said.

Although anyone can catch EV-D68, it is more likely to strike children under the age of five and to cause severe respiratory illness in children with pre-existing breathing troubles, such as asthma.

"The most likely explanation is that it's been many years where a population hasn't been significantly exposed to that virus … the population immunity drops off and then you can get a wave of infections due to that type," said Jonathan Gubbay, a microbiologist at Public Health Ontario and a pediatric infectious disease physician at the Hospital for Sick Children in Toronto. "EV-D68 is one that has never really been documented in high levels in North America." GSK says it won’t be able to supply promised flu vaccine doses for coming season
May 12, 2018 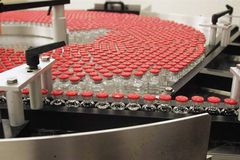