Unlike most teens his age, Alex Salmon expects to graduate twice.

There will be the predictable cap-and-gown affair when Alex, now nearly 17, finishes high school. There will also be a second, less ceremonious transition when he turns 18 and becomes too old to attend Toronto's Hospital for Sick Children, the place that has cared for him since he was diagnosed at birth with spina bifida.

Alex's hospital graduation won't be so different from his high-school one. The Mississauga teen will be saying goodbye to his friends on staff, to his seat on the hospital's equivalent of a student council and to his role as DJ at the hospital's annual proms (although SickKids may yet invite his alter ego, DJ Skinnzy, back to spin).

After his farewells, Alex, who is confined to a wheelchair, will have to strike out on his own into the real world of grown-up health care. "It's like you're going to have to start all over again," he said.

Making that fresh start is not always easy. Children with chronic illnesses often "crash and burn" when they move to the adult system, says Dr. Denis Daneman, pediatrician-in-chief at SickKids, with missed appointments, forgotten medications and dietary lapses sometimes causing their diseases to flare up or grow worse.

A few decades ago, many children with chronic diseases wouldn't have lived past their 18th birthdays. Now, thanks to medical advances, children's hospitals across the country are working to prevent bad transitional outcomes by better preparing young patients for that second graduation.

Children with cystic fibrosis, congenital heart defects, Type 1 diabetes, organ transplants, cancer and other, rarer disorders now frequently live into adulthood, meaning they have to interact with the medical system for the rest of their lives.

To help facilitate that transition, the Canadian Association of Paediatric Health Centres, which represents 50 organizations that treat kids in hospital and at home, is in the midst of drawing up national guidelines for transitioning young patients to adult care.

"The reason transition is a major issue now when it wasn't, say, in the 1950s, is that most of the really major childhood diseases killed you," said Dr. Miriam Kaufman, head of the division of adolescent medicine at SickKids and one of the founders of Good 2 Go, the program that guides the hospital's patients through their transition. "I know when I first came to SickKids there was somebody who was in their 40s who was a cystic fibrosis patient who was still being admitted here because there was nowhere else for them to go."

B.C. Children's Hospital is in the midst of resurrecting and modernizing its ON TRAC program, one of the first in the country to tackle transitions, and part of the inspiration for Good 2 Go, which SickKids formally launched in 2006.

The Children's Hospital of Eastern Ontario, in Ottawa, has been piloting a program called "On My Way," for children with chronic kidney disease in its nephrology clinic, a transition program it intends to roll out elsewhere in the hospital.

"I remember one 17-year-old, I finally asked him, 'Do you know why you're coming here?' His response was, 'I know there's something wrong with my kidney, but my mom deals with all the medications.' That was about three years ago. That's when I knew I really needed to sit down and say, 'We have to do better.'"

Last November, the hospital hosted its first transition night for teens with chronic kidney disease. Weiler and her colleagues talked to about 20 patients about the challenges to come, including the consequences of letting their care slide.

As a particularly grave example, Weiler knows of at least one patient who lost a kidney graft after transitioning to the adult health universe.

Patients under the age of 18 who need a kidney transplant from a deceased donor usually wait about a year. When they turn 18, that wait increases to approximately six years.

"If they decide to be non-compliant … when they go over there and lose their graft, they're looking at dialysis for six years, probably, before they get another kick at the can," Weiler said. "It's a harsh lesson."

Part of the challenge with transitions in Canada is that provincial health-care systems generally force patients to move on at age 18 when adolescents are often dealing with more than one upheaval in their lives.

"The transition from finishing high school to the job market or college or university or leaving home is a major transition and you prefer not to have two transitions going on at the same time," said Daneman. "That's precisely what happens. We have to be extra careful about that."

Some European countries usher patients out of the childhood system when they become teenagers; parts of the United States allow them to remain in pediatric care until they're in the early 20s.

Teens who leave home and pediatric care at the same time can have an especially rough go. They have to learn to manage medications, diets and doctors' appointments at the same time as they are learning to live independently – and often as they experiment with alcohol, illegal drugs and sex, all of which can affect their diseases.

Anna Chouchkova, a former SickKids patient diagnosed with lupus at age 13, figured she would have no trouble managing her illness when she moved to Kingston to attend Queen's University three years ago.

But with her mother no longer close by to oversee her care, the psychology student let her medication regime slip, leaving her fatigued and struggling to control her autoimmune disorder.

"It just wasn't my first priority given that I was in first-year university. I had more exciting things to worry about than taking medication," she said.

Although Chouchkova has mastered her medication protocol and is now feeling better, hers is the type of bumpy launch into the adult-care world Good 2 Go and similar programs work to prevent.

At SickKids, Kaufman and her colleagues start preparing patients when they are as young as 12. They provide guidance to the staff in the various clinics across the hospital, host special evening support-grouplike sessions on transitions, and hold one-on-one appointments with teens whose transitions are expected to be especially daunting.

In all cases, they teach basics, such as the three-sentence summary. Teens who can swiftly and accurately explain their medical condition are likelier to get what they need from the harried doctors and nurses in the adult health-care system.

"If we can teach young people to [talk] like medical students, then there's a powerful subliminal message that gets given there," Kaufman said.

Many have left such explanations to their parents, some of whom forgo careers to care full time for ill children. Though well-intentioned, their micromanaging sometimes keeps young adults from taking charge of their own care.

Alex Salmon's father, Evan Salmon, admits he struggles with stepping back from directing his son's care when Alex turns 18.

"I'm a little bit nervous," he said. "It's like 16 years of our lives we've just been around him, doing everything with him and all of a sudden we'll find that he's out on his own … it's his well-being that I'm worried about."

But is Alex, who has already started attending Good 2 Go meetings, worried too?

A glimmer of hope for people with rare gene disorders
March 2, 2014 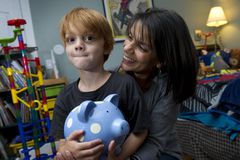 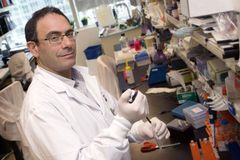 SickKids program adds lawyers to family support teams
November 13, 2009
Follow Kelly Grant on Twitter @kellygrant1
Report an error Editorial code of conduct
Due to technical reasons, we have temporarily removed commenting from our articles. We hope to have this fixed soon. Thank you for your patience. If you are looking to give feedback on our new site, please send it along to feedback@globeandmail.com. If you want to write a letter to the editor, please forward to letters@globeandmail.com.
Comments