The 1941 film The Wolf Man presents Larry Talbot's transformation from man to wolf as a form of schizophrenia. So little was known about mental illnesses then, the explanation may have seemed plausible.

Hollywood has come a long way since portraying someone with mental illness as a monster, instead bringing characters to the big screen whose mental struggles look more like the ones experienced by many people in everyday life.

The industry's more realistic approach to such conditions is on abundant display this summer. At least half a dozen recent releases reflect nuanced characters, both real and fictional, facing mental illness.

Among the conditions onscreen this season are personality disorder (Welcome to Me), bipolar disorder (Infinitely Polar Bear; What Happened, Miss Simone?), schizoaffective disorder (Love & Mercy), addiction and eating disorders (Amy), and major depression (I Smile Back; The End of the Tour).

"Films will reach millions of people who will never read a psychology textbook or who will never be in therapy," he said. "And often times people who don't read books do go to movies, so I think films have tremendous potential for shaping public attitudes to mental illness."

Realistic presentations of people with mood or behaviour issues can help promote understanding and ease stigma for real sufferers, who are plentiful. One in four adults experiences mental illness in any given year and one in 17 lives with a serious condition such as schizophrenia or bipolar disorder, according to the National Alliance on Mental Illness (NAMI).

While personal interaction is the most effective way to eradicate stereotypes about people with mental illnesses, NAMI spokesman Bob Carolla said, "movies can be surrogates for personal contact." The organization consults with filmmakers about accuracy and promotes productions that get it right.

Sympathetic portrayals can also be reassuring for sufferers and their families, providing an explanation for some behaviours, I Smile Back author and screenwriter Amy Koppelman said.

"These mood disorders are real, as real as diabetes," she said, "and there's this validation we can have" in seeing them depicted authentically on-screen.

Actor Jason Segel embraced that notion in The End of the Tour, in which he portrays author David Foster Wallace, who took his life at age 46 after decades battling depression.

"The primary thing that's really important, depression, addiction, any of these subjects that we cover … the most important thing is that it's real," Segel said. "And any sort of view that you can toughen up or feel your way out of this, or why don't you just change your outlook, it's important to realize on a visceral level that this is a real, all-encompassing feeling."

"When we stigmatize and suppress and reject and exclude people who are going through tough times, the conditions only worsen," he said. "One of the real powerful pathways to adaptation is to embrace it. … And that's what these movies do: They say, 'This is part of the human condition.'"

Cinematic images of people with mental illnesses can also balance those created by news reports, where those who make headlines are often violent.

"The reality is people with mental illness are much more likely to be victims of violence than perpetrators of violence," Wedding said.

"A lot of people with mental illness often have stories of perseverance and courage," Carolla said. "They are dramatic stories, and real stories. And they often are not just about the John Nashes, but also relatively ordinary people."

The spate of recent releases is a good sign, he said: "It's a reflection of the fact that there's a growing awareness in the country around mental health conditions of one kind or another, and there's a greater openness among people to discuss them."

That allows for more stories to emerge, said Koppelman, who believes the trend of movies about mental illness reflects their creators' efforts to make sense of their personal experiences with these conditions. I Smile Back is autobiographical, as is Infinitely Polar Bear.

"Most people I know who are interested in this subject have been touched by it in one way or another, and this is a way of mining the truth so they can understand what happened," she said. "Any art form that makes you know that you're not alone has some value in it. It helps you be able to put into words what you feel you can't articulate."

It's not important for moviegoers to come away knowing a character's specific diagnosis, Wedding said, but to understand the possibilities for mentally ill people to recover.

Here's a look at recent and forthcoming films dealing with mental illnesses:

Welcome to Me stars Kristen Wiig as a woman with borderline personality disorder who wins the lottery. She immediately stops taking her medication and pours millions of dollars into producing her own talk show, where she discusses her high-protein diet, re-enacts formative moments from her life and performs amateur veterinary procedures. The film is available to rent online.

Infinitely Polar Bear writer-director Maya Forbes based this story on her own childhood experiences. Mark Ruffalo plays a bipolar dad hospitalized after a mental breakdown. Upon his release, he's left to care for his two young daughters when his wife (Zoe Saldana) goes away to graduate school. The film is in theatres now.

Love & Mercy focuses on two significant periods in the life of The Beach Boys songwriter Brian Wilson. Paul Dano plays the musician in the late 1960s, when he experienced a creative surge and the onset of mental illness. John Cusack plays Wilson later in his life, overmedicated and controlled by a domineering psychiatrist (Paul Giamatti) until he finds love with future wife Melinda Ledbetter (Elizabeth Banks). The film is in theatres now.

The End of the Tour follows author David Foster Wallace (Jason Segel), who is finishing up his promotional tour for Infinite Jest when he agrees to an interview with Rolling Stone reporter David Lipsky (Jesse Eisenberg). Lipsky alternately tries to befriend and prod Wallace, who becomes increasingly frustrated and self-conscious. The film is based on Lipsky's book, which was published after Wallace's 2008 death. The film is in selected theatres now.

I Smile Back stars Sarah Silverman as a deeply troubled suburban mother struggling with the destructive effects of an unnamed mental condition. She complains that lithium makes her gain weight, so she self-medicates with cocaine, alcohol and promiscuous sex, endangering the life she loves with her adoring husband and their two kids. The film is scheduled to be released in October.

What Happened, Miss Simone? documents the life of Nina Simone, from her public persona as a renowned singer, pianist and civil rights activist to her private struggles with abusive behaviour and bipolar disorder. This documentary is available on Netflix.

Amy looks at the career of Amy Winehouse, and how fame and her battle with bulimia, depression and addiction contributed to her death at 27. The film is in theatres now. 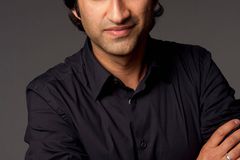 How hearing voices, long assumed a sign of mental illness, can be a part of the human experience
May 15, 2018 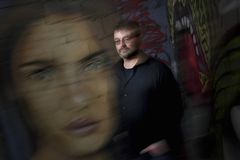 Even the smallest amount of exercise can boost your mood
May 15, 2018 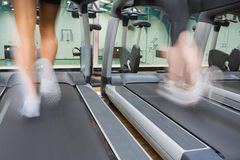