One afternoon last week, CDs, clothes, tools – as well as sex and drugs – were for sale on the sidewalks of Vancouver’s Downtown Eastside neighbourhood, the pungent scent of marijuana hanging in the air and stench of urine wafting out of alleys.

Outreach nurse Jacey Larochelle strolled through the crowd looking for one of her 27 clients who are HIV-positive. Many of them are “polydrug” users with mental health issues and several are in the “survival sex trade” making as little a “$5 for a blow job,” she says. They can earn a bit more if they don’t insist on condom use.

Larochelle connects her clients with social workers and support staff, who can help with housing, transportation and financial problems, and direct them to addiction treatment programs that dispense methadone at neighbourhood pharmacies.

But her prime objective is to get her clients onto antiretroviral therapy. The potent medications, if taken once a day, can stop HIV’s assault on the immune system that eventually leads to AIDS, which is deadly. And they can prevent virus from spreading to their sex partners. 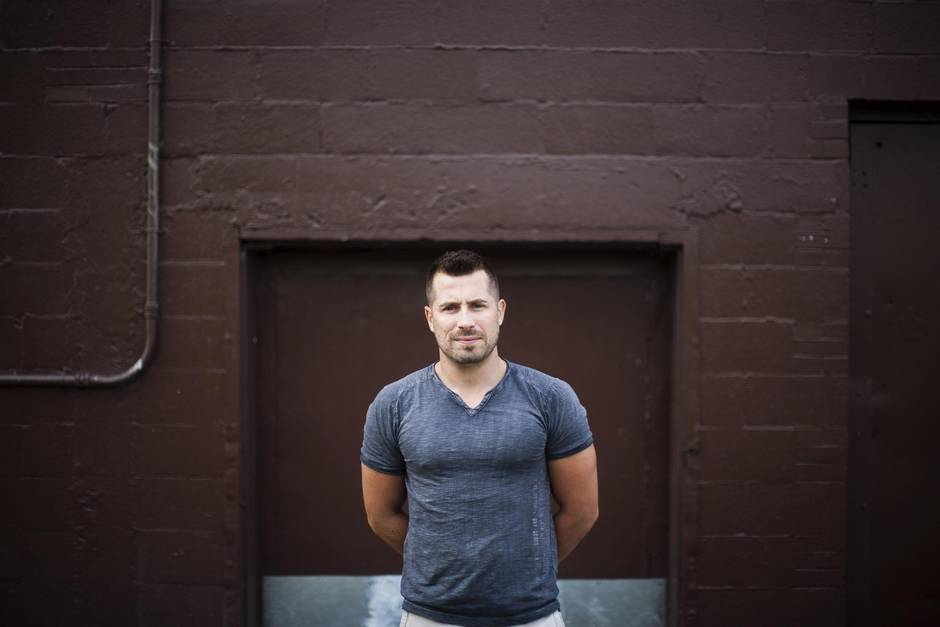 Jonathan Postnikoff, who is HIV positive, is working to reduce the stigma and barriers associated with the infection.(Photos by Rafal Gerszak for The Globe and Mail)

Larochelle has bus tickets, meal tokens and other “carrots” in her backpack that she can offer when clients are having a bad day. “If you’re hungry sometimes the pills go down better with this,” she says, pulling a bottle of Ensure, a liquid meal supplement, from her backpack. She can also offer to collect blood samples from her clients, saving them a trip to a medical lab.

Antiretroviral therapy has so changed the face of HIV that experts, gathering for the International AIDS Society conference in Vancouver next week, say the medications could halt the virus’s deadly run.

“It is the perfect opportunity to end the epidemic,” says Dr. Julio Montaner, former president of the International AIDS Society and director of the B.C. Centre for Excellence in HIV/AIDS.

He is spearheading a global campaign called 90-90-90, which has been embraced by UNAIDS and a growing list of countries and world leaders.

The aim is that by 2020, 90 per cent of people living with HIV will be diagnosed; 90 per cent of them will be on antiretroviral treatment; and 90 per cent will be virally suppressed, having such low levels of HIV in blood and body fluids that the chance of passing the virus to sex partners is greatly reduced.

The key is early detection and treatment, Montaner says, pointing to the success of B.C.’s Treatment as Prevention program that offers free access to HIV testing, treatment and care.

New HIV cases in B.C. plunged 66 per cent between 1996 and 2012, AIDS-related deaths dropped 83 per cent and the prevention program has almost eliminated transmission of HIV from pregnant mothers to their children, according to studies done by Montaner and his colleagues. Along with saving lives, they have shown that offering free and early treatment saves the health care system millions of dollars a year by preventing transmission of the virus. 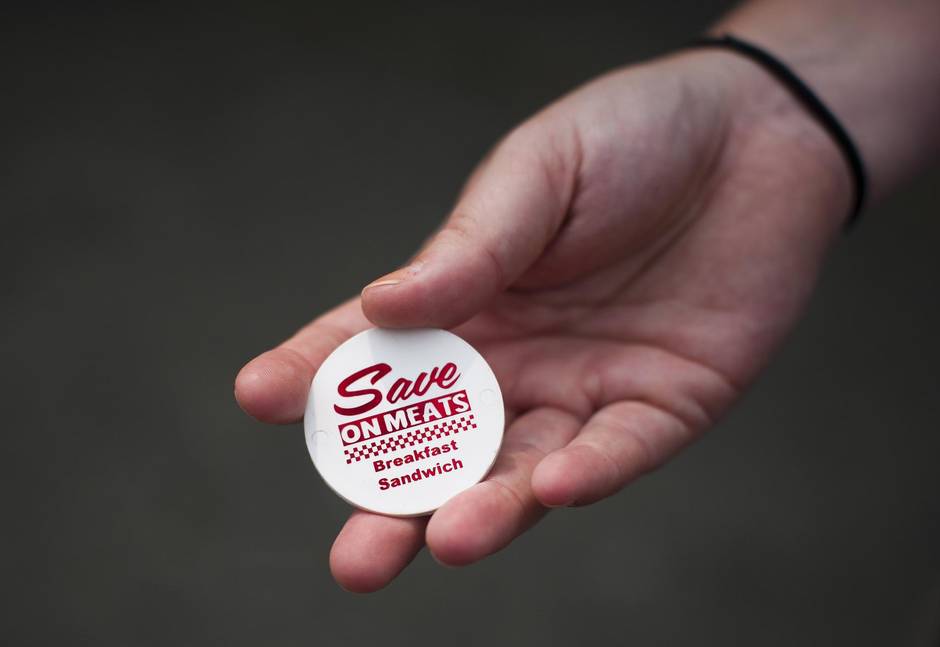 A food token is one of the tools that community workers use to help clients get needed assistance in Vancouver.

But there are still gaps.

Infection rates have dropped in Ontario and B.C., but HIV continues to spread in hot spots, with Saskatchewan now having the highest infection rate in Canada. More than 71,000 Canadians are living with HIV and 25 per cent are unaware of their infection because of a lack of testing or diagnosis, according to Public Health Agency of Canada’s most recent estimate, published in 2012.

Canada needs to embrace the 90-90-90 goal and update its HIV/AIDS strategy, says Montaner, adding that access to testing, support and antiviral medication is uneven across the country.

He and his colleagues say proactive and innovative approaches – such as using social media to better connect with young people and discretely following up with individuals who have tested positive but are not on antiviral medications – could help draw more Canadians into the life-saving treatment, which is most effective when it starts soon after the individual becomes infected with HIV. Men who have sex with men, injection drug users and sex workers are at higher risk of infection.

Rourke estimates that 40 to 50 per cent of Ontarians with HIV are not virally suppressed. And British Columbia’s 2014 data show that four out of 10 people with HIV are not suppressed. “Forty per cent still have the virus and are very likely passing the virus to others,” says Dr. Rolando Barrios, assistant director of the B.C. Centre for Excellence in HIV/AIDS.

Jonathan Postnikoff learned he was HIV-positive five years ago.

He was 26, finishing his degree at the University of B.C. and tending bar at a busy downtown restaurant at the time of his diagnosis. He was so afraid, he gave up sex and kept his HIV-positive status a secret for three years, confiding in just his closest friends and family.

“It was like being back in the closest all over again, being that scared young boy not able to talk to people,” he says.

Then a friend convinced him that it was time to come out. 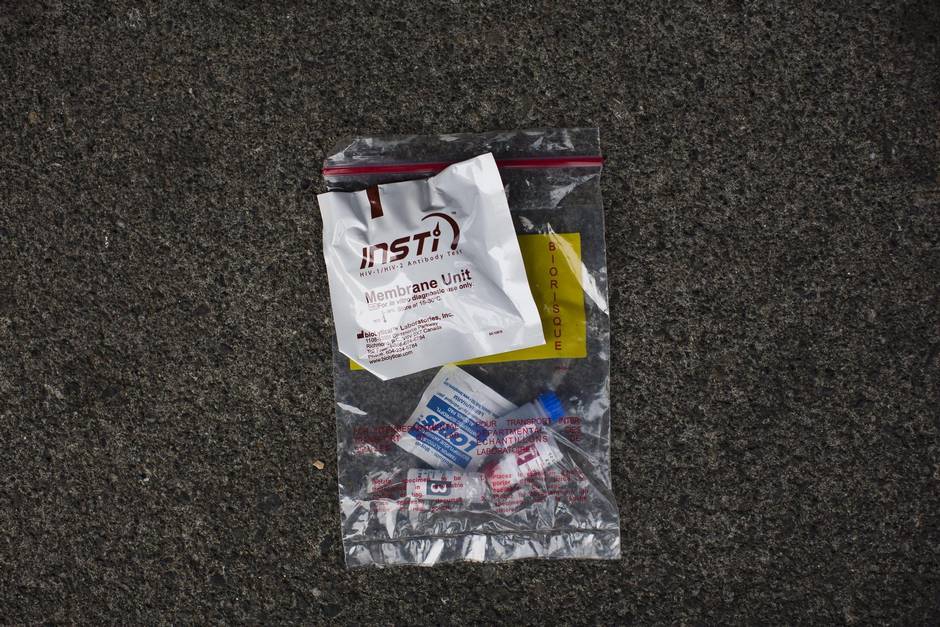 Postnikoff is now “very out there” working to reduce the stigma and barriers that are deterring thousands of Canadians from getting antiretroviral treatment that could save their lives.

He has been on antiretorviral medication for four years and swallows two small pills every day at 7:30 a.m. Along with religiously taking his meds, the 31-year-old goes for blood work every three months. And he sees his doctor twice a year to renew the drugs and discuss staying healthy despite the feared and deadly virus lurking in his body.

“You can live a near-normal life,” says Postnikoff, a hip urbanite who is doing just that.

He has no side effects from the antiretroviral medication that keeps his HIV at an undetectable level. He stays fit with early morning workouts at the gym. And he is “happily single” and dating again.

“I’m probably the healthiest I’ve ever been,” says Postnikoff, who now works as treatment outreach co-ordinator for Positive Living B.C. The advocacy and support group is located on the edge of the Downtown Eastside, where compassion and persistence can go a long way in getting infected individuals onto medication.

Of 27 clients, Larochelle, the outreach nurse, reports 23 are now on antiretrovirals and 13 are virally suppressed.

“It can only get better,” Larochelle says, when asked if the 90-90-90 goal is attainable. “How quickly has yet to be determined.”