Five years after Claire Burns donated eggs at a Toronto clinic, she started to feel a need to connect with other women who'd been donors. She called the Infertility Awareness Association of Canada, a support group, and asked if they had a chapter for people like her. She says the director was baffled: Why would an egg donor need support?

Burns wanted to talk about how she felt knowing a child was out in the world whom she would never meet. About how weird it had felt being paid $4,000 cash in a brown paper envelope, handed over in what felt like film noir circumstances. About how she now wondered about the health effects of what she'd done.

Trained in theatre, she found herself working through her thoughts and curiosities by writing a play about egg donation. (Hatched premiered in Toronto in November, 2012.) On the website about the play, Burns raised the idea of a support group for donors and she invited other women to get in touch.

Raquel Cool, an artist and writer, e-mailed her from Santa Cruz, Calif. Not long after, the two women connected with Sierra Falter (now Poulson), a lawyer in Chicago. Soon, other egg donors were e-mailing, asking for advice and sharing stories, and it became clear that there really was a need.

Two years ago, the trio founded WeAreEggDonors.com, an online space for donors to meet, share stories and trade information.

The group, which takes no money from the fertility industry, now has hundreds of members from 12 countries. Whereas once these women were isolated, with no one with whom to compare notes, now they are able to be in a full-on, no-holds-barred conversation. And increasingly they are speaking out publicly, as well. For example, Burns – who once lamented online that "egg donors are expected to be the silent partners in this medical industry" – was invited to speak at the annual meeting of the Canadian Fertility and Andrology Society when they met in Halifax last month.

More than 600 donations take place in Canada every year, according to the Canadian Assisted Reproductive Technologies Register. Some women donate to sisters or friends, some meet would-be parents online and still others work with agencies who facilitate the partnership.

Once the decision has been made to donate, an egg donor has to inject hormones to make extra eggs develop in her ovaries. Doctors monitor how these eggs are developing by using transvaginal ultrasound; they do blood tests to check the level of estradiol, a type of estrogen. It used to be that donors didn't know much about what these numbers meant, but now, by educating each other online, they do. If egg numbers or estradiol levels are sounding a bit high – which could indicate health problems – women are encouraging each other to speak up.

Donors may also have opinions about what kind of "trigger shot" they want to use. This is an injection they give themselves to ripen the eggs 36 hours before they are removed. Savvy donors know that one kind of shot is associated with more side-effects than another.

The final step of the egg removal, known as the "retrieval," is when doctors use a long needle that goes up through the vagina and into the ovary, to gently suck the eggs out. Occasionally, in the days following the retrieval, a woman will develop a condition known as "ovarian hyperstimulation syndrome" or OHSS, which in rare cases can have serious side effects such as water around the lungs, kidney failure and stroke. Some of its early hallmark signs are rapid weight gain, inability to pee and pain. Donors sharing information can help each other tell the difference between the normal after-effects of donating and serious medical complications, which need a doctor's attention.

In the members'-only section of WeAreEggDonors.com, women name clinics and doctors to be wary of and share how many eggs are sometimes retrieved. At the fertility meeting in Halifax, Burns read out some of the higher numbers: 32, 37, 39, 40, 51, 56, 65 … Much higher than the 10 to 12 doctors often cite. Donors also bemoan the fact that doctors often lose interest in their health after the eggs have been harvested. "Don't be fooled," Burns told the meeting, "we are warning each other about substandard practices."

They educate each other about jurisdictional issues, too. In Canada, the law states that egg donors cannot be paid except to cover their expenses, though some prospective parents find ways around that law. In the United States, by contrast, payment is legal and open, and women can earn thousands of dollars per donation – sometimes tens of thousands. Burns senses that Canadian donors are increasingly deciding to go outside the country to donate, partly due to this disparity.

Two years after it began, the forum is a trove of stories, such as the one about the American donor who was stopped by Canadian border agents as she crossed into Canada, accused of being involved in an illegal egg trade. Or about how a donor who'd abused cocaine and marijuana for years, had spent a month in a psychiatric hospital and had a family history of ovarian cancer, schizophrenia, autism and obesity, simply lied on her U.S. application because she needed the money. Or about what it was like to meet an egg donor daughter 16 years after an anonymous transaction.

"We've helped so many women make informed decisions about the known and unknown risks," says Cool, the co-founder from California. "If something is off, or if an agency or clinic is practising unethically, donors aren't alone. They have us. We have each other. It's a refreshing change from the isolation I felt when I donated." 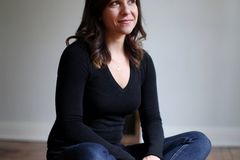