Peter Nieman, a well-known pediatrician based at Calgary's Pediatric Weight Clinic, says that more often than not, when he sits down with parents of children who are overweight or obese, they don't even realize there's a problem.

Then, Nieman shows them growth charts and explains the trajectory their children are on: continued weight gain resulting in a significantly increased risk for high blood pressure, Type 2 diabetes, heart disease, stroke and many other serious conditions.

"They're sometimes stunned to see how bad it is," Nieman said.

Mounting research shows the majority of parents, as well as their children, have an inaccurate perception of what constitutes obesity. Studies have shown that children that register as overweight according to medical benchmarks, rarely consider themselves as such, and are rarely considered overweight by their parents.

Why can't we recognize the person sitting beside us at the dinner table, or looking back at us in the mirror, as overweight? The answer could lie in the fact there are more overweight adults in Canada than there are individuals considered to have a "normal" healthy weight. As it becomes more common for individuals to be overweight, our collective perception of what is "normal" weight is being skewed.

In short, fat is the new normal.

"There's just some places where the norm is being overweight, so people just see themselves as melting in with everybody else," Nieman said. "Everybody looks like that, so [the feeling is,] what's the big deal?"

The number of Canadian adults who are overweight or obese remains stubbornly high, at roughly two-thirds of the population. Similar trends are found in young people: Statistics Canada reported recently that about three in 10 children and adolescents in Canada are overweight or obese, a number that has remained stagnant for a decade. The consequences of our misperceptions are steep. A study published in the British Medical Journal last week found that obese young people have risk factors for cardiovascular disease, such as high blood pressure, raised cholesterol levels and thickening of heart muscles. If they remain obese into adulthood – a strong likelihood without intense intervention – they face up to a 40 per cent increased risk of experiencing a stroke or developing heart disease in the future, the study found.

Katerina Maximova, assistant professor of epidemiology at the School of Public Health at the University of Alberta, led a 2008 study that found 23 per cent of children and adolescents in Quebec were overweight or obese, but less than 2 per cent identified themselves as carrying too much weight. Young people whose parents or peer groups were overweight were significantly more likely to report having normal weight, even if they were overweight or obese.

"This means the social norms about what constitutes a normal weight are changing to accommodate the prevailing larger sizes," Maximova said. "That was the disturbing message from our study."

Nieman says more than half of the parents of overweight or obese children he sees are overweight themselves, he said. A combination of busy lifestyles, reliance on convenience foods that are high in fat and calories and too little physical activity all contribute to the issue.

But as excess weight becomes increasingly normalized, we are less likely to consider it a problem. "We no longer see the issue," Maximova said. "We're no longer alarmed by it."

That's why a number of experts in the medical community want to shift the discussion from weight to activity. Instead of telling people about the importance of losing weight, it could be much more effective to make it easier for people to get out and be physically active in their communities.

Mark Tremblay, director of healthy active living and obesity research at the Children's Hospital of Eastern Ontario Research Institute, said possible solutions are as simple as making neighbourhoods more walkable or using public money to create supervision in public parks, instead of building a new community centre that may not be accessible to everyone.

Doctors also have an important role to play. Too few of them speak to parents about their child's weight or measure body-mass index and growth on a consistent basis, even though all the research points to the fact that early intervention is key to preventing a lifetime of health problems related to weight.

"If you have a problem and nobody talks about it … there's an elephant in the room," Nieman said. "It's going to be more difficult to treat those children."

Nearly a third of Canadian kids are overweight: study
May 8, 2018 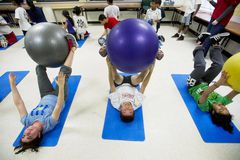 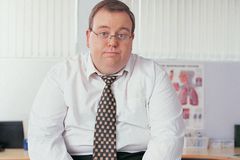 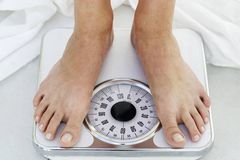