Lotfi Merabet had been researching sight and blindness for about a decade when he first heard about "Audio Doom." It was a virtual reality game, tweaked so that blind kids could play. Instead of using visuals, players had to hear their way around a building using a variety of stereo sound cues. A knocking sound in the left ear meant a door on that side, for instance. The pitch of an object's sound signaled how close it was.

Jaime Sanchez, the software designer who had created it, reported that, after playing for a while, many kids could construct, using Lego, the configuration of hallways and rooms used in the game.

This intrigued Dr. Merabet – it suggested that the kids were spontaneously building mental maps. But what he wanted to know more than whether they could reconstruct a place was whether playing a game like this could help blind people find their way around real buildings.

"Why not play in the world that matters?" he says.

So the two researchers teamed up and designed a version of the game in which all the action takes place inside a virtual mockup of an actual administrative building just outside Boston, at the Carroll School for the Blind.

They recruited 17 people, all of whom had lost their sight before age three, and they divided them into two groups. One group learned the layout of the virtual building by being guided through it by a virtual sighted instructor, who led them step-by-step past doors, rooms, staircases and the like, and pointed them out.

This technique, known as orientation and mobility, or O&M, is a common way for blind people to learn about unfamiliar environments.

The other group was told simply to play the game, which involved finding audio jewels and taking them outside to safety, while evading audio monsters intent on stealing the jewels and hiding them again.

After three 30-minute sessions, the volunteers were set loose in the actual physical building. In one experiment, they were asked to find their way from one specific room to another. Regardless of how they'd learned about the building's interior, both groups performed equally well.

In another experiment, though, they had to find the quickest way out of the building and, in this, the gamers proved much more skillful, always able to find the shortest route.

This is especially impressive because they had never been told to learn the layout or that they would ever be tested on it; they had simply been told to play. "When they were asked to problem-solve," says Dr. Merabet, who grew up in Ottawa and got his first three degrees in Canada, "the real benefits came out."

Being an optometrist as well as having a PhD in neuroscience, he is interested not only in the practical side – such as helping blind people get around – but also in the theoretical – such as how blind people build mental maps in the first place, given that they have no access to visual landmarks or visual spatial cues. Are the same parts of their brains responsible for navigation as in the sighted, or are different areas used?

So, in addition to studying gaming as training tool, he is also using it to sneak a peak at the brain activity involved in a blind person's spatial and navigation skills.

Recently, he and his colleagues asked nine visually impaired volunteers to play the game inside a functional magnetic-resonance imaging scanner, which measures brain activity.

First, everyone got to learn their way around, using both O&M instruction and free play. Then, they were asked to find their way from one virtual room to another.

As they did this, their brains were monitored, and their routes tracked and timed.

What the researchers found puzzled them at first. "We were struck by the variability," Dr. Merabet says. It didn't look like the same parts of the subjects' brains were lighting up, or with similar intensities. But they noticed that brain activation seemed to correlate strongly with scores of real-life mobility and independence. And the highest scorers had the greatest brain activity in a part of the brain called the temporal parietal junction. The researchers think activity in this region may even be a marker for independent navigation ability.

Computer games, the researchers think, may be a quick and effective way to teach blind people how to navigate spaces they may need to know – university buildings, say, or hospitals or airports – without the assistance of a facilitator.

"It allows you to survey a place," Dr. Merabet says. "You can go through the cognitive motions." The beauty, he says, is that it is self-directed, self-paced, controlled and safe.

And why should we be surprised? Virtual reality is widely recognized as effective for training in aviation, medicine and combat – so why not in navigation for the blind?

Alison Motluk is a writer based in Toronto. 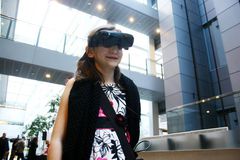 It’s healthy to eat fish, but here's why you should choose it carefully
April 16, 2013 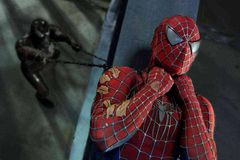