Eat less, move more, stop smoking, cut down on booze. Public health campaigns have been drilling these messages into our heads for years. Even so, Canadians are failing to ditch their bad habits.

The reason, according to a growing body of research, is that we spend much of our days on autopilot. Instead of making conscious decisions each time we commute to work or buy lunch, we hop in the car, see a fast-food sign and order fries.

Automatic behaviours make life more efficient, freeing up cognitive energy for important tasks. But according to a new study published in the journal Science, our mindless choices are literally putting our health at risk.

The authors suggest that instead of just providing health information, public health initiatives should target the knee-jerk behaviours that are making us fatter and sicker.

"We now know that much of our behaviour is not driven by deliberation upon the consequences of our actions but rather, is automatic, shaped by our environments, often without awareness," says Theresa Marteau, lead author of the study and director of the behaviour and health research unit at Cambridge University.

She and her co-authors note that subtle changes in the environment, which require little or no conscious engagement, may nudge people to make healthier choices.

For example, when elevator doors are programmed to close slowly, more people take the stairs. Cafeteria customers are more likely to choose fruits and vegetables when salad bars are easier to reach. And drinkers tend to consume less alcohol when it is served in tall, narrow glasses instead of short, wide-bottomed tumblers.

Since many behaviours that increase the risk of disease offer pleasure, Marteau says, health initiatives should take enjoyment into account. She notes that young children are more willing to consume vegetables when the packaging features cartoon characters, and more likely to eat lentil stew if it is called "teddy bears porridge."

Much of the global burden of disease may be preventible, she adds. The World Health Organization estimates that rates of Type 2 diabetes and cardiovascular disease would be cut by 75 per cent and cancer by 40 per cent if people stopped smoking, reduced alcohol consumption, improved their diets and got more exercise.

Behaviour change is the holy grail of preventive medicine – and the subject of recent bestsellers such as The Power of Habit: Why We Do What We Do in Life and Business and Nudge: Improving Decisions About Health, Wealth, and Happiness.

The latest evidence from neuroscience, psychology and behaviour economics suggests that our actions are guided by two interacting systems: a reflective system, in which we work toward goals, aware of our motivations and actions, and an automatic system, in which we act without reflection, responding to external cues while our thoughts are elsewhere.

Automatic behaviours are often at odds with our conscious goals, Marteau and her co-authors explain. What's more, they tend to kick in when we're under stress or faced with a task that requires attention. In one experiment, participants asked to memorize a string of numbers were more likely to choose chocolate cake over fruit salad when forced to make the decision in the middle of the exercise. (That may explain why we grab chips from the vending machine instead of multigrain crackers when we're working on deadline.)

Although people can consciously change their behaviour, "this requires using our scarce cognitive capacity," which may then be deflected from the complex situations we face every day, Marteau says.

Howard Leventhal, a professor of psychology at Rutgers University, confirms that external cues may prompt healthier behaviours. But he cautions that when a person leaves the environment designed to encourage healthy choices, the approach stops working. "People don't internalize it."

Public health campaigns should engage the reasoning process that individuals use to embed a preventive behaviour into their daily routines, he says. For example, a person with Type 2 diabetes could make a habit of parking farther from store entrances to incorporate short walks. Ideally, he says, the patient's new automatic behaviour would be reinforced by initiatives to create healthier environments, such as making nutritious foods more readily available.

Marteau acknowledges that a multi-pronged approach is probably the most effective way to achieve widespread behaviour change. But campaigns designed to nudge the public to adopt better habits can only go so far, she and her colleagues suggest. In an earlier report in the British Medical Journal, they argue that policy makers may need to increase regulation around such issues as junk food advertising and the glut of unhealthy products on the market, to counteract the powerful cues that trigger our unhealthy behaviours.

Smoking is one example, Marteau says. While smoking cessation treatments may be effective, she points out, "they are more successful when there are fewer places where tobacco can be bought." 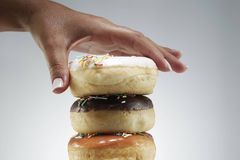 Why the tyranny of 'everything in moderation' sets us up to fail
September 10, 2012 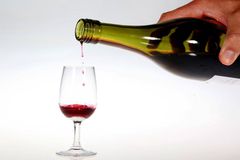