Before she became the country's most recognizable double lung transplant recipient, Hélène Campbell had another dream: to become an organ donor.

Campbell was working as a clerk in the dialysis unit of an Ottawa hospital and knew that there was a long list of patients waiting anxiously for a potentially life-saving kidney transplant. She also knew that some patients die during the wait for a transplant.

She told her mother, Manon, that she wanted to donate one of her kidneys, but her mother advised her to first consult a doctor. Campbell decided to hold off after the physician told her that donating a kidney might increase the odds of complications during pregnancy later in life, and that she would no longer be able to donate a kidney if, at some future date, one of her children needed it.

Looking back, it was a fortuitous decision: Campbell has been experiencing kidney problems in the months since her double lung transplant last April in Toronto. If she only had one kidney, there's no telling how much worse those problems would be.

In early 2012, Campbell found herself in an unexpected position: dealing with a terminal diagnosis and becoming famous for her outspoken advocacy for increased organ donation rates. In the fall of 2011, at age 20, Campbell was diagnosed with idiopathic pulmonary fibrosis, a scarring or thickening of the lungs that makes it progressively more difficult to breathe. There is no cure, but Campbell was told she was a candidate for a lung transplant.

After learning about the long wait most patients face and about the country's low organ donation rates, Campbell decided to rally public support for the cause. Her adept use of social media caught the attention of stars such as Justin Bieber, Ellen DeGeneres, Jann Arden and Howie Mandel. Her Twitter handle, @alungstory, attracted thousands of followers, and national media outlets reported on her updates. She has gained fame and respect in the medical community for bringing awareness to a disease and a cause that typically remain under the radar.

Campbell's story went viral, representing a new chapter in raising awareness for even the most obscure medical issues. "I think she has done a tremendous service," said Charlene Fell, an expert in idiopathic pulmonary fibrosis and medical spokeswoman for the Canadian Lung Association. "I would like to thank her."

Now, as she continues to recover from transplant surgery and adjusts to her new life, Campbell has no intentions of slowing her advocacy efforts. If anything, her experience has further fuelled her drive to boost organ donation rates in Canada.

Campbell's Twitter followers are familiar with her typically cheerful, upbeat tweets. But they might not know that during that tumultuous period last winter and spring while she was waiting for her transplant, she was perilously close to the brink. It became increasingly difficult to remain optimistic once Campbell and her mother relocated to Toronto to wait for a possible transplant. Campbell's condition at that point was going downhill fast.

"It's a grim disease," says Manon. "When we packed in Ottawa to move to Toronto, I knew that I may be coming back by myself."

They relocated to Toronto in January. On April 6, the call came: Campbell would be receiving a transplant.

"We could see her health deteriorating fairly quickly and it seemed to get faster and faster in how quickly it progressed," her mother said. "If these lungs were not to be the ones, then we were not sure how much more time Hélène had. But we knew it was not much."

After an excruciating wait while Campbell was in surgery, her family learned the transplant had been successful and she would then begin the difficult road to recovery.

One roadblock has been her kidneys, which are struggling as a result of the anti-rejection medications Campbell must take. The medications are causing her kidney function to slow, which is affecting her body's ability to produce red blood cells. However, Campbell says that she's not at the point where she needs dialysis, and that she's receiving injections to boost red blood cell production.

In fact, despite the challenges she knows she will continue to face as her body recovers, Campbell's outlook seems as positive as ever.

"It's not a cure, it's a treatment, and that's something we're all aware of as transplant patients," Campbell said in a recent interview. "It's an expected life of a transplant patient to have some setbacks. I've been very fortunate with the ones I've had. I've had no lung problems … I'm just so grateful to have received [them]."

Perhaps her positive attitude is what propelled Campbell to use a terminal diagnosis as a springboard to help other patients on transplant waiting lists. When she thought about how to quickly grab the attention of a large group of people, Campbell initially thought about events like the Super Bowl. But she soon realized there was a faster, easier way to get her message out: social media.

With the help of a friend, Campbell created a website, www.alungstory.ca, a Twitter account and a video that told her story. In order to gain traction, she would need to get others on board. Others of influence. So she organized a campaign to get as many people as possible to send Twitter messages to Justin Bieber, asking him to send out a tweet in support of organ donation.

On Jan. 21, the young pop star obliged and sent out messages of support to Campbell.

Campbell is thankful for the second chance she has received and remains committed to her newfound role as an ambassador for organ donation awareness.

"Being the face of organ and tissue donation, the poster child I guess some would say, honestly, it's awesome," Campbell said. "It's a great thing, and sometimes it's a hard situation for a lot of people to think about. But because I'm on the other side, it's easier. Life is so much better. My life, I have it back with my loved ones, and it's just remarkable." 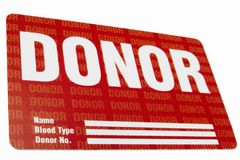 Boomers most in need of organ donations, but less likely to donate, report finds
October 25, 2012 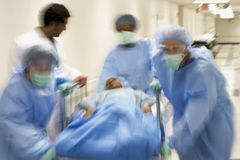 When a son sent out a digital prayer, a stranger answered to rescue his mom
May 11, 2012 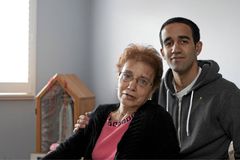