The deadly disease, renamed acquired immune deficiency syndrome after the virus was identified, travelled quickly through the gay community, but fear travelled even faster in mainstream society.

Gay men, even men suspected of being gay, lost their jobs – they were evicted from apartments and they were ostracized. Newspapers carried earnest stories about the risks of catching AIDS from a toilet seat in a public restroom. Funeral homes refused to handle bodies, and hospitals turned patients away, or placed them in isolation. There was talk of quarantining the sick in modern-day leper colonies and tattooing the infected to warn prospective sex partners of the danger.

"No one is safe from AIDS," blared Time magazine, which, in the pre-Internet era, was hugely influential. Pat Buchanan, communications director for president Ronald Reagan, called AIDS "nature's revenge on gay men." Some far-right fundamentalist preachers called for the death penalty for homosexuals and, across the Western world, there were moves to bar gays from the classroom, from health-care jobs and more.

It was a time of stigmatization and oppression, eerily similar to what is going on again now in large parts of the developing world, but on a grander scale and with more dire consequences. At least 76 countries in Africa, Asia and the Caribbean have enacted anti-homosexual laws, and homophobia – and more disturbingly state-sanctioned homophobia and vigilantism – is on the rise. Sudan has the death penalty for anyone found to have committed "homosexual acts," Uganda has harsh prison sentences for anyone who even dares to speak out in defence of a "known homosexual," and Russia has labelled gay-rights groups as "enemies of the state."

At the same time, three decades after the "gay plague" began, there is an once-unthinkable acceptance of same-sex relationships in the Western world: Gay marriage is widely accepted, human-rights protections have been extended to gays and lesbians, and events like World Pride are not only mainstream family activities, but tourist draws.

How did this happen? How did fear of pestilent homosexuals give way to acceptance of men loving men? And are the horrors that are taking place now in the developing world the last gasp of homophobes, an inevitable clash on the road to gay liberation?

"What we're seeing today is two parallel stories: the relentless rise of lesbian, gay, bisexual, transsexual [LGBT] rights in the Western world and the rise of homophobia and the trampling of rights elsewhere, and something has to give," says Craig McClure, a former activist with the radical AIDS group Act Up and now the chief of HIV-AIDS at Unicef.

He says a lot of activists who fought the early battles for gay rights in the West are now in positions of power and influence, and they have an obligation to speak out for and come to the aid of those who are now being jailed, beaten and threatened with death because of their sexual orientation.

"I think we need to do a lot more to support our brothers and sisters in the developing world," Mr. McClure says. "We should be as furious today as we were in the early days of the epidemic." And furious they were.

When AIDS came along in the early 1980s, the gay rights movement was well under way. It was born, symbolically at least, in June, 1969, when police conducted a routine raid on a New York bar called Stonewall. Angered by the harassment, members of the gay community took to the streets in what came to be known as the Stonewall riots. The scenario was repeated with raids on bathhouses and gay bars in Toronto, Montreal and elsewhere, and the community pushed back with demonstrations and lawsuits. Emboldened, the gay bathhouse subculture came out of the shadows and many embraced promiscuity as a form of revolution.

When AIDS struck, priorities changed, and quickly, from hedonism to survival. And, ironically, the advent of AIDS probably advanced gay rights more than anything else in history.

"HIV-AIDS changed public perceptions a lot: It showed a more humane side of the community," says Ed Jackson, director of program development at Canadian AIDS Treatment Information Exchange, and a longtime activist. "It also galvanized gay men into being more active and more visible. It brought people out of the closet."

Mr. Jackson said the large number of HIV-positive men, and the often-overlooked contributions of many lesbian women who cared for the sick, forced members of the gay community to interact with the system, instead of living on the margins. In fact, many of the early battles that mobilized the community were about seemingly mundane issues such as the right to visit partners in hospital (people were refused access because they were not considered immediate family, even if they were in long-term relationships), taking time off to be with loved ones who were sick and dying and claiming insurance benefits.

Gay rights came incrementally as these battles were waged before administrative tribunals and the courts and, in the process, gay and lesbian couples became more mainstream.

"We went from being marginalized as sick people to being normalized," Mr. Jackson says. "Along the way, a lot of desires became mainstreamed; we wanted to be like everybody else, which is why you saw a push for things like gay marriage.

"We chose the straight path, if you will," he adds with a smile.

AIDS hit Africa about the same time as it did Western countries and affected the same demographic groups, principally men who have sex with men, recipients of blood and blood products and intravenous drug users. But the response was very different from places like Canada. Instead of rage and activism, there was denial and inaction.

AIDS was dismissed as a disease of Westerners with perverse sexual habits. The party line in virtually every country on the continent was that there are no homosexuals, and that Africans don't engage in the unnatural acts that spread the disease. This dismissal delayed any serious response to the epidemic, and AIDS spread like wildfire, assisted greatly by truckers who travelled the transcontinental route that came to be known as the "AIDS highway" and the sex workers who populated road stops. By the late 1980s, when the rates of infection became so high that they could no longer be denied, AIDS was portrayed as a heterosexual disease, which was spreading so rapidly because men were promiscuous.

"It was never true that HIV-AIDS was uniquely a heterosexual disease in Africa," says Christine Stegling, executive director of the International Treatment Preparedness Coalition, and a long-time AIDS activist in Botswana.

"The reality is that there are men who have sex with men in Africa, just as there are everywhere, but because of the stigma, they marry and otherwise remain hidden," she says.

"Politicians and governments have always refused to acknowledge that these practices and these communities exist.

"What's different now is that gay men and transgendered people are starting to come out – in large part because rates of HIV-AIDS are so high in these communities – and that is making it a lot more difficult to deny their existence. This, in turn, has fuelled a backlash and the introduction of repressive anti-homosexuality laws."

"HIV has been devastating but it has also created an entrance for LGBT work to be done," Ms. Stegling adds.

"There is a lot of activism for rights in these communities but the response has put a lot of people's lives in danger."

Paul Semugoma, a Ugandan physician, knows that all too well. He is on a "wanted" list in his home country (where homosexuality is a crime) because he has spoken out for gay rights, and lives in exile in South Africa.

Dr. Semugoma decided to come out himself two years ago, for a couple of reasons. Gay activist David Kato, a close friend, had been murdered and he felt like a hypocrite. Also, he was treating large numbers of patients with HIV-AIDS but realized that men who have sex with men were reluctant to seek help for fear of being found out. Rates of HIV-AIDS in men who have sex with men in Africa are about 10 times those of the heterosexual population.

"I was gay, I was having sex and nobody knew about it," Dr. Semugoma says. "But I realized that, with HIV-AIDS, silence is literally death, so I couldn't be silent any more."

As in the West, he adds, the AIDS epidemic is pushing gay men out of the closet and thrusting them into the public eye. But, unlike in the West, the evangelical movement that is so rabidly homophobic, holds much more sway, and corrupt, dictatorial governments are far less likely to "do the right thing" by extending rights to a beleaguered, oppressed minority. On the contrary, gays are a handy scapegoat.

"In Uganda, the anti-homosexuality law was presented as pro-African, anti-West legislation. It's us versus them," he says. "But I reject that. I'm a gay man. I'm a Ugandan. I'm an African."

But the situation is not altogether dire, he notes. South Africa was one of the first countries in the world to legalize gay marriage and one of the few countries where discrimination against gays and lesbians is barred in the constitution. Uganda, because of its anti-homosexuality laws, is also becoming a human-rights pariah, in much the same way that South Africa's apartheid regime was isolated and pressured to change.

"All this discussion is forcing people to recognize that there are gays in Africa, just as there are everywhere in the world," Dr. Semugoma says. "We will always be a minority, but one day we will be a minority with rights."

"Even in Uganda?" he is asked.

"It's my country," he replies pensively. "Whether it's two years, 20 years or 50 years, I will return some day as a full citizen." 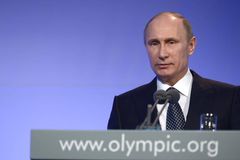 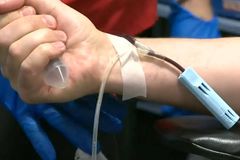 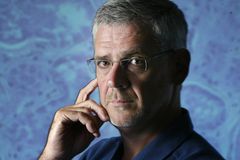