Anyone who has successfully lost weight only to watch the pounds slowly creep back knows that losing weight isn't the hard part. It's maintaining a weight loss that is difficult.

It's estimated that only one in six dieters maintain a 10-per-cent weight loss for a full year. The majority gain most of their weight back – and often more – within a year.

Now, a new study suggests that you'll do better at maintaining a weight loss – and burning more calories – if you stick to a low-glycemic diet. In other words, the right diet gives you a "metabolic advantage" when it comes to keeping unwanted pounds off.

Scientists speculate that weight regain may be due to hormonal changes that occur during weight loss. These alterations are thought to slow the body's resting energy expenditure and increase hunger. (Resting energy expenditure is the amount of calories your body burns at rest to perform its normal functions, such as breathing and keeping your heart and brain working.)

For the study, 32 men and women aged 18 to 40 achieved a 10-to-15-per-cent weight loss. They then followed each diet for four weeks in random order. The calorie prescription for each participant was designed to stabilize body weight.

The decline was the greatest with the low-fat diet, to an extent that could predict weight regain. The decrease in energy expenditure was intermediate with the low-glycemic diet and least with the very low-carbohydrate diet.

While the very low-carbohydrate diet did the best job at preserving a participant's resting energy expenditure, it had potentially harmful effects. Levels of cortisol, a stress hormone, were highest with this diet. Higher cortisol levels may promote fat storage and impair the body's ability to use insulin, the hormone that regulates blood sugar.

The findings suggest that the best diet strategy to maintain a weight loss is to cut the glycemic load of your diet rather than its fat content. The low-glycemic diet had similar, although smaller, metabolic benefits to the very low-carbohydrate diet but without the adverse effects on stress and inflammation.

Previous research supports this. A 2010 study published in The New England Journal of Medicine found a low-glycemic diet higher in protein (25 per cent of calories) did the best job at helping people maintain their weight loss. A low-protein, high-glycemic diet was associated with the most weight regain.

Low-glycemic meals are thought to influence hormones and metabolism in such a way as to reduce hunger and prevent overeating. Protein foods such as lean meat, poultry, fish, egg whites, tofu and dairy keep you feeling full longer and can stimulate calorie-burning.

While biology might be one explanation for the poor outcome of weight-loss diets, in my opinion it's only a small part of the picture.

My experience as a dietitian working one on one with clients has taught me that human nature is also to blame. Once weight loss is achieved, too often motivation and focus wane. As a result, people tend to get sloppy and revert to old habits.

So, yes, swap highly refined starches and sugary foods for low-glycemic carbohydrates. And include a source of lean protein at meals and snacks. But maintaining weight loss requires other strategies to keep you focused and prevent backsliding.

Apply the laser-sharp focus you had when embarking on weight loss to prevent creeping portion sizes and mindless nibbling. Keep a food diary the first week of every month. Weigh and measure your foods to recheck portion sizes.

Step on the scale once a week. It's the only way to see – and correct – small weight increases before they accumulate. It's much easier to deal with three pounds than 15.

So you ate two desserts on the weekend. Or a pepperoni pizza for dinner. Big deal. One lapse doesn't ruin all your hard work. The key to maintaining your weight is getting back on track at the next meal, not next week.

While 80 per cent of weight loss is attributed to diet, exercise is critical to maintaining a loss. Aim to include at least 30 minutes of moderate-intensity exercise five or six days a week.

Check in once a month to help maintain weight loss. Doing so is associated with long-term success.

Leslie Beck, a registered dietitian, is the National Director of Nutrition at BodyScience Medical. She can be seen every Thursday at noon on CTV NewsChannel's Direct. bsc5.com 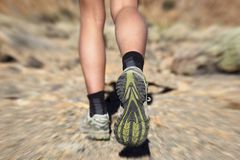 What breakfast cereal will help me lose weight?
March 6, 2012 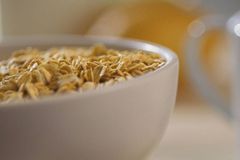 How to safely and healthfully gain weight
June 12, 2012 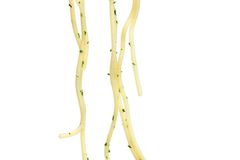