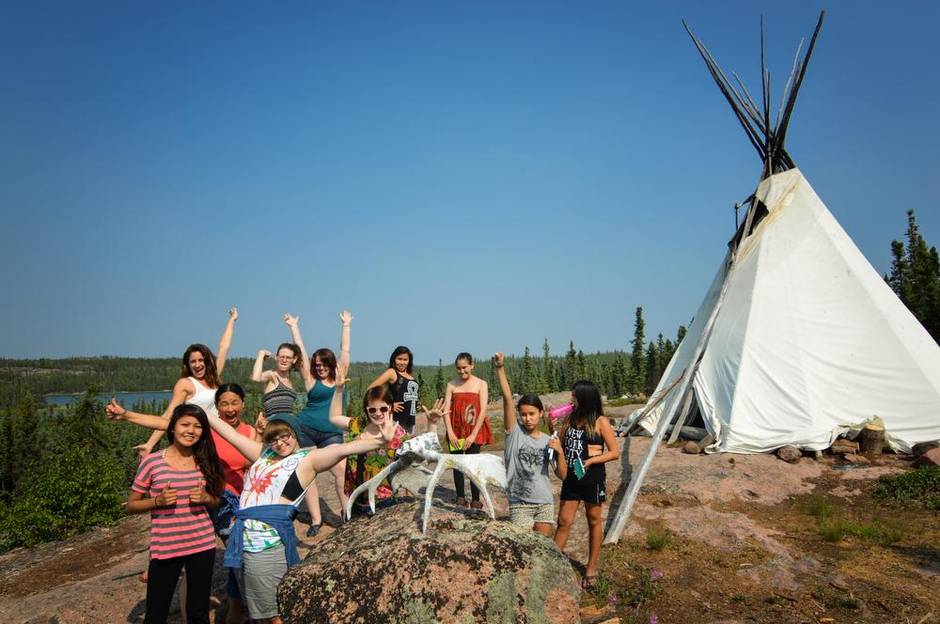 On a rocky peninsula 100 kilometres east of Yellowknife, at a lodge with sweeping views of a clear lake and tinder-dry boreal forest, 25 teenage girls are about to undergo a transformation.

The teens step quietly off a float plane into a world without cellular service, television or WiFi to spend a week making art, developing confidence to express themselves through photography, hand-drumming, guitar playing, moosehide beading and digital storytelling. They’ll also role-play risky scenarios, and look closely at the media images and societal pressures that tell them how to be sexy. Here, they’ll learn how to be “foxy” instead.

Fostering Open eXpression among Youth (FOXY) is an arts-based sex-education program conceived in 2011 by Candice Lys to empower young women in the Northwest Territories. After an immersive leadership experience, the teenagers take what they learn at Blachford Lake Lodge and organize workshops in their communities and schools.

Lys, 31, says she developed the program after her master’s degree research showed that little had changed since her own abysmal sex education, while growing up as a troubled teen in hardscrabble Fort Smith, NWT. “Young women could spew off facts, some could even spell gonorrhea, they knew they were supposed to use a condom and if they didn’t, they could get sexually transmitted infections,” she recalls of her research work.

“But when I’d ask them if they were [using condoms], I’d get answers like, ‘I trust my boyfriend,’ or ‘He doesn’t like to’ – it wasn’t actually happening.”

While indicators such as teen pregnancy and sexually transmitted infections are improving in the NWT, the numbers still far exceed the rest of the country. Pregnancy rates for girls aged 15 to 19 in the Northwest Territories, for example, are more than double the Canadian average; chlamydia rates are nearly 10 times higher than the national rate.

Drawing from their own experiences and ideas, Lys and friend Nancy MacNeill hit upon artistic expression as a way to build teenagers’ self-esteem and help them take more control over their sexual health. Lys has raised nearly $1-million from the Public Health Agency of Canada, territorial government and private donors. She and MacNeill would like to eventually expand the program to teenage boys.

“To write a song, or paint something, or act it out – that’s a way for girls to express their stories and maybe work through difficulties they’ve had,” MacNeill says. “There’s no right way to do art; it’s a powerful teaching tool and it reinforces the message of FOXY, which is that you get to decide what’s right for you.” 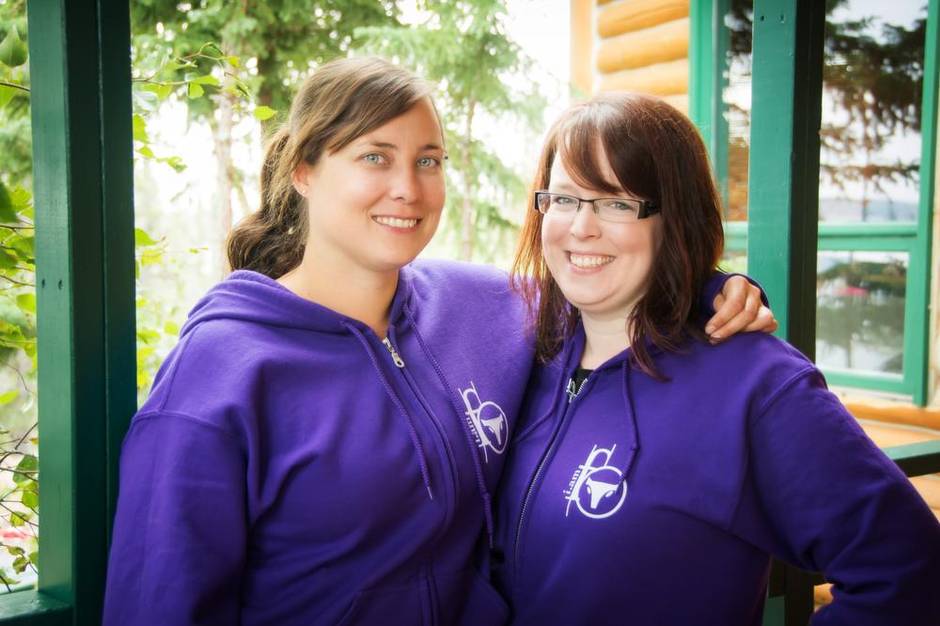 Delaney Beaton, 14, of Yellowknife, came to FOXY last year mourning the death of her father and struggling with bullying at school. She is back this year, welling with emotion as she speaks of her struggles, but with new skills and perspective. “After FOXY I gained more confidence at school and would stand up for myself,” she says. “I like how there’s only girls here and I can practise that. They don’t judge you.”

MacNeill, who was born in Iqaluit and raised in Yellowknife, became FOXY’s project co-ordinator after working in crisis intervention, youth camps, victim services and producing the North’s first Vagina Monologues.

One of her FOXY exercises is to pose a question to the teenagers, such as, “You can legally consent to sex if you’re drunk – myth or truth?” This group is divided on the answer.

“Myth,” she tells them. “Not only is sex when you’re hammered illegal, it’s typically messy and kind of bad,” she adds, noting that it is illegal in Canada to have sexual relations with someone who is too impaired to consent.

“When you do exercises like myth versus truth you realize how much you don’t know,” says Grace Butler, 15, of Yellowknife.

Frank talk and explicit language about subjects that might be taboo elsewhere are central to FOXY. Two teenagers who graduated from last year’s retreat are hired to lead games to help break the ice.

Jessie Shaw and Sophie Grogono ask the teens to tell them every slang word they know for vagina and penis. The room erupts in a frenzy of shouts and laughter.

“Private square, blueberry cobbler, zipper weasel” – despite their furious scribbling on chart paper, the two can’t keep up, so 17-year-old Santana King jumps in with a marker to help. 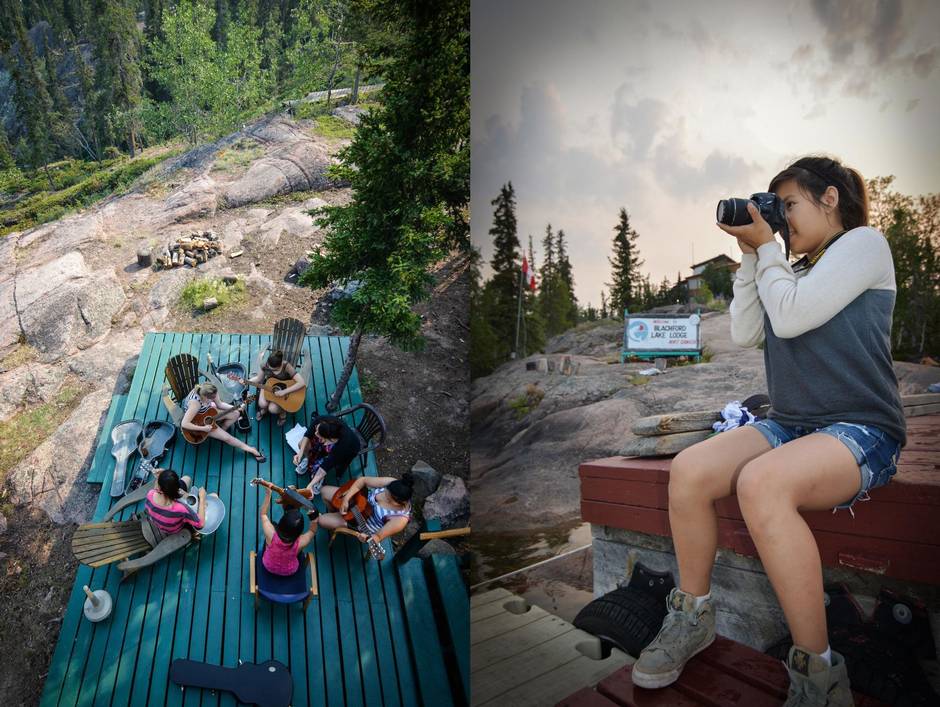 In FOXY language, that’s called leadership awareness, but as King will learn over the course of the week, the program makes demands she has to learn to meet.

Over the next couple of days she butts heads with Lys, refusing to join the morning drum circle or participate in workshops. As a Dene youth adept at the rigours of running caribou hunting camps on the Barren Lands, she is disappointed she won’t be fishing or canoeing, and says she “already knows everything about sexual health.” She begs to leave the retreat.

Because FOXY does not allow drugs, alcohol or tobacco, King can’t smoke. She gravitates to 73-year-old Jane Dragon, known as Setsuné, or grandmother, who gives her tiny squares of moosehide to chew to help curb her cravings.

Any youth program needs at least one elder, Lys says. She knew Setsuné while growing up in Fort Smith and wanted her guidance. “She’s no-nonsense, but she’s also very kind-hearted. And she’s a sober elder, which is really important for modelling healthy choices in the North,” Lys says.

Teens who complete the retreat earn two high-school credits, plus two more for executing a community project of their own design, such as a FOXY club focused on body image or a school recycling program. The projects don’t have to relate to sexual health; they’re meant to give the girls experience leading something from start to finish.

King identifies homelessness as an area of interest for a project, but by the third-last day, she’s still keeping her distance and tensions are mounting. A forest fire that wraps the lodge in gauzy veils of smoke is now 20 kilometres away and the forecast is for high winds. Volunteers fly in to cut a firebreak. Sprinklers come on. For a few hours, it seems the retreat might end early.

When King arrives late to the lodge, still refusing to participate, Lys issues an ultimatum for her to lead, follow or get out of the way.

The two argue and the mental-health worker on staff for the week, Lynn Taylor, steps in to mediate and counsel.

Eventually, King decides to rejoin her peers; she is readily welcomed back and supported.

“I’d like to help girls like me back in Yellowknife, girls who think they’re all alone in life,” King says in an interview. “Now, I wish we could stay longer.” 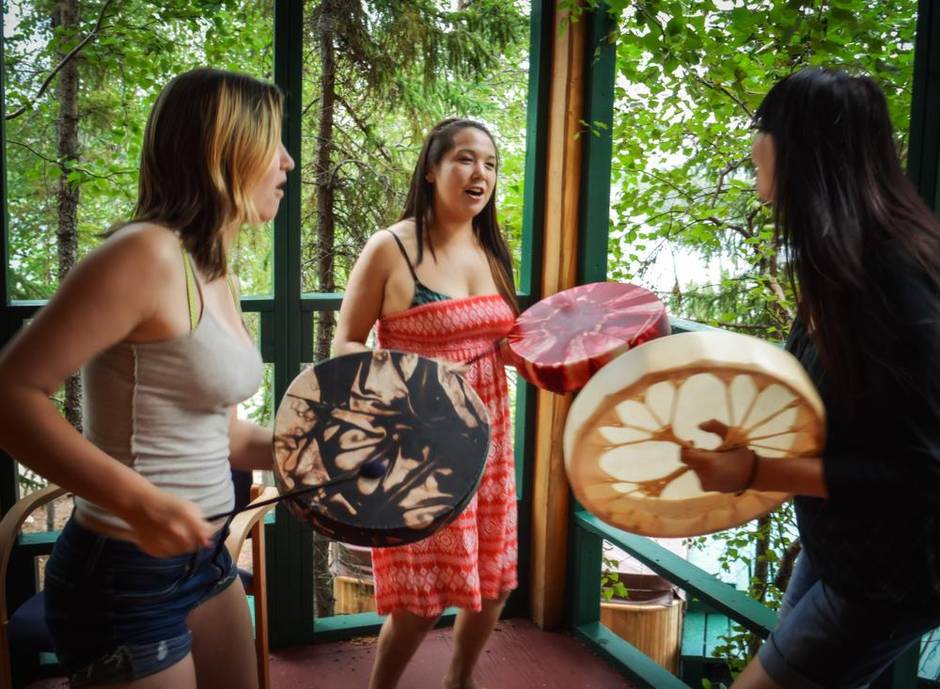 Traditional drumming and songs start each morning at the FOXY retreat, led by Veronica Johnny (right). During this song to the water with Santana King, (centre) and Izzy Larocque, rain began to fall.

Later, as she sings and drums a song with music facilitator Veronica Johnny, the winds shift and a gentle rain begins to fall.

In contrast to their shy beginnings, the group is heading back to Yellowknife a noisy, cohesive unit, hugging and tearful at the thought of parting.

One of the quieter participants, 15-year-old Lindy Cayen, gets the last word when she screens her inspiring video, titled “Society,” in which she says we are all part of the society that builds damaging rules, social groups and cliques. Against a montage of images from the retreat, she says today’s youth are the “next great generation” of philosophers, politicians, advocates and artists who can change the world.

“Speak the truth,” she says, “even if your voice shakes.”