Cold-pressed juice is the elixir for our time-starved, nutrient-deprived lives, if its devotees are to be believed. That's part of the reason a 355-ml bottle can cost $12.

The latest health fad has become a multibillion-dollar industry and has been deemed the new "status symbol," helped along by celebrities such as Gwyneth Paltrow. Companies such as Whole Foods and Starbucks are riding the trend, with a market estimated to be worth up to $3.4-billion (U.S.).

But at this point, marketing hype is running ahead of science. And the massive popularity of cold-pressed juice comes at a time when there are many initiatives to discourage us from drinking juices because of their sugar content.

In perhaps the biggest sign yet that we should be eating fruits, not drinking them, Health Canada may eliminate fruit juice from Canada's Food Guide.

"The department is in the process of reviewing the evidence base for its current guidance to Canadians," Health Canada said in a statement released Tuesday. "Depending on the conclusions of the scientific review, guidance for consumption [quantity and frequency] of various foods, including juice, could be updated in the future."

The statement was released following a report on the Canadian Medical Association Journal website that Hasan Hutchinson, director general of Health Canada's office of nutrition policy and promotion, recently implied at the Canadian Obesity Summit in Toronto that the agency may remove juice from its dietary advice.

The Heart and Stroke Foundation released its own statement on Wednesday applauding the Health Canada announcement.

"This is a huge step in the right direction," Manuel Arango, the foundation's director of health policy, said in the statement. "We need to provide clear messages to help Canadians make the healthiest choices, and conveying that juice is not a healthy alternative to fruit is definitely in the best interest of Canadians' health."

Meantime, cold-pressed juice marketers continue to make a compelling sales pitch: The spinning blades of traditional centrifugal juicers expose fruit and vegetables to heat and oxygen, both of which degrade nutrients. Most store-bought juice has been pasteurized, which also involves heat. But cold-pressed juice is squeezed through an auger, meaning there is no heat (and thus the juice is "cold" pressed).

But experts say there isn't enough scientific support for the claims that cold-pressed juice is any better for us than other kinds. Even if it does contain more nutrients, they may pass right through our guts.

"Cold-pressed may definitely have some benefits compared to other types of processing," says Bhimu Patil, director of the Vegetable and Fruit Improvement Center at Texas A&M University. "The question is: Is that processing helping the absorption?"

He adds, "We just assume there are [more] nutrients, but if they are not absorbed into the system, they may or may not be helpful."

Larger amounts of nutrients don't necessarily mean greater health benefits. For example, we know that fresh, or "raw," orange juice contains more vitamin C than frozen, concentrated OJ. But even a single 355-ml serving of juice made from frozen concentrate provides about 200 per cent of the recommended daily amount for adult women and more than 150 per cent of the recommended amount for adult men.

"So aside from enriching the vitamin C content of the sewage system, it's not clear what the benefits of more vitamin C would be," Susan Barr, a professor of nutrition at the University of British Columbia, said in an e-mail. "Of course, taste is another issue entirely, but that [in combination with cost] is personal," she added.

Many people no doubt enjoy cold-pressed juice as much for its flavour as its supposed health benefits. A tall glass of carrot, apple, celery, lemon, beet, spinach, lime, parsley and ginger may sound much more appetizing than sucking back a juice box, whatever their nutritional differences.

But considering a vast majority of Canadians don't come close to consuming their 10 daily recommended servings of fruits and vegetables, cold-pressed juice is not a bad option when so many of us are too busy to stop and munch an apple.

"That's probably a good way to start people to get some nutrients," Patil of Texas A&M says.

If health is top of mind, eating fruits and vegetables is best of all, says Dr. David Jenkins, who pioneered work on the glycemic index.

Extra pulp after juicing? Don’t toss it – consider these 3 tips for the fibre-packed leftovers
March 26, 2021 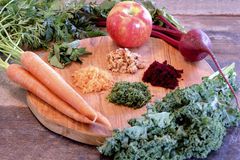 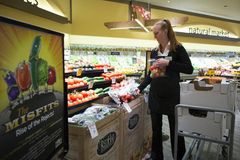 Scores vaccinated for hepatitis A after Toronto juice-bar scare
April 14, 2015 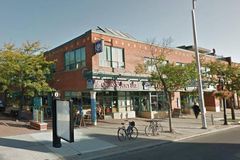