"Emily's Abortion Video," a YouTube offering from a 25-year-old New Jersey woman who filmed and publicized the termination of her pregnancy, has predictably polarized feminists and pro-lifers. Jezebel's Callie Beusman called the controversial video "an important – and too-often untold – narrative." Right-wing critics went with "WITCH FROM HELL." As the video continues garnering clicks, support and outrage, it also remains to be seen whether all in the pro-choice camp view the video as representative of their sentiments.

Writing in Cosmopolitan, Emily Letts, an abortion counsellor, explained her decision to film her own procedure. She had not been using contraception, instead tracking her ovulation cycle. She found out she was pregnant two to three weeks in. Not at the point in her life when she felt ready to have a child, she scheduled an abortion at Cherry Hill Women's Center, where she works. Here, an administrator encouraged Letts to record her abortion, following another woman who filmed herself and live-tweeted during a medical abortion using the pill mifepristone (RU486). That woman explained that YouTubing and live-tweeting was "not for some publicity stunt or attention," but to "demystify abortion."

Letts explained to Cosmo that she posted her own surgical abortion with local anesthesia "to show it wasn't scary – and that there is such a thing as a positive abortion story."

Positivity is Letts' refrain. The non-graphic video shows Letts laughing somewhat nervously as she announces that she is pregnant, and again when she tells the audience, "I'm going to have an abortion." During the procedure itself, a guitar-noodling soundtrack of Valerie June's Workin' Woman Blues plays, the lyrics "I ain't fit to be no mother" coming through. Letts is shown from the waist up as she breathes, hums and thanks staff for their support. Afterward she says, "Cool. I feel good," and, "I'm done! Yay! Yup. Thank you!" as she is wheeled out.

It's a discomforting moment and a tricky intersection for women who are pro-choice but may not have had such a positive – if not downright chirpy – experience themselves. Letts adds fuel to the fire in the Cosmo explainer, writing: "I remember breathing and humming through it like I was giving birth. I know that sounds weird, but to me, this was as birth-like as it could be. It will always be a special memory for me."

As Letts' story unfolds in the coming days, it remains to be seen whether this is the defacto poster-child most pro-choice women want. Letts has the right to choice, the right to her own experience and the right to post that experience to Facebook and YouTube. But what will the viral video mean to women who did suffer more emotional trauma, who did not have as "positive" an "abortion story," but who remain fully entitled to their reproductive autonomy nonetheless?

"She oversimplified the issue and pretended that it's no big deal, and that's a false impression for women," Penny Nance, president of Concerned Women for America told FoxNews.com, where it's become clear that Letts'seemingly flippant attitude on camera is feeding critics in the anti-abortion movement.

To her credit, Letts stresses that this is "ONLY my story," right in the description field on YouTube: "I do not speak for everyone on this sensitive subject." She has stated that her only goal is to lower misinfomation, stigma and, most of all, guilt. She spoke of women coming in to Cherry Hill who knew they were making the right decision, but felt bad anyway because they couldn't summon more guilt, a feeling they felt compelled to experience, given the circumstances. "I didn't feel bad. I do feel a little irresponsible and embarrassed about not using birth control," Letts wrote in Cosmo, noting that she has since had an intrauterine device inserted.

Her YouTube video comes with a plea to "PLEASE PLEASE SHARE THIS VIDEO. Please help me spread it to all corners of the internet." Indeed, throughout her three minutes on camera, Letts appears most emotional when she tells viewers, "I just want to share my story," a point repeated at the close of the video.

Perhaps this is where a little wariness should set in – with anyone live-streaming a major personal life event as instructive, be it abortion or birth. 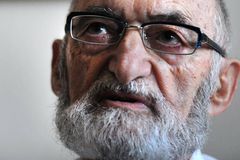 Experts decry lack of access to best abortion drug – and what it says about Canada’s drug-approval process
December 1, 2013 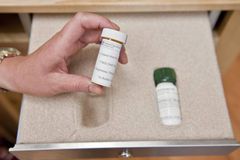 Why isn’t the ‘gold standard’ of abortion drugs available in Canada?
December 1, 2013 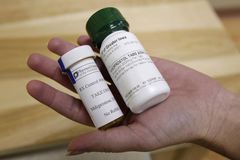