Let's say you've been down in the dumps for months, but are leery of taking psychiatric drugs. Your doctor may recommend cognitive behavioural therapy (CBT), a form of "talk therapy" that focuses on changing the underlying thought patterns and distorted perceptions that perpetuate the "stinkin' thinkin'" brought on by mood disorders. Several trials have shown that CBT is just as effective as medication, and highly successful in treating mild to moderate depression and anxiety. But what if you don't have the time or money to see a therapist?

You could go online. In the past 10 years, dozens of Internet-delivered CBT programs have cropped up, many of them free of charge. In countries such as Australia and Britain, computerized CBT is being touted as a cost-effective way to treat greater numbers of patients suffering from the most common mental illnesses – mild to moderate anxiety and depression.

But is online CBT as effective as face-to-face sessions with a compassionate therapist? Advocates note that some patients prefer the anonymity of Internet-delivered CBT, even as they acknowledge that the treatment model still needs tweaking. Critics insist that mentally ill patients need the human touch. Both agree that more research is needed, but as things stand, here are the promises and pitfalls of psychotherapy at your fingertips.

Using a computer, tablet or smartphone, patients log on to an online program such as Beating the Blues or MoodGYM (which has at least 600,000 registered users worldwide). At their own pace, patients complete interactive modules on how to identify symptoms, set goals and find new ways of thinking about everyday events. For example, a module might teach the "three Cs": Catch the unhelpful thought ("I am an idiot for forgetting my friend's birthday"). Check it to identify the distorted thinking pattern (over-generalizing, focusing on the negative). Change it to a more accurate or helpful thought ("Everyone makes mistakes," and "I am a good friend most of the time"). Online CBT programs may include quizzes, homework exercises and self-assessments to monitor progress.

Does it help people recover from mental illness?

That depends on the patient and how the program is set up. Internet-delivered CBT is not recommended for severely ill patients, and research findings do not support a DIY approach. In a study published in November in the BMJ medical journal, depressed patients assigned to computerized CBT received no outside help other than a weekly phone call from a technician. More than 82 per cent of patients failed to complete the online CBT modules and remained as depressed as patients in the control group.

Internet-delivered CBT shows better results when it is integrated in a treatment plan that includes regular check-ins from a therapist by phone, e-mail or in person, according to a review published online last month in the Canadian Medical Association Journal. "It has to be therapist guided," said the review's co-author, David Gratzer, a psychiatrist at the Scarborough Hospital in Ontario. A 2008 study comparing guided Internet-delivered CBT with face-to-face CBT in 86 patients with anxiety found that patients in both groups showed similar reductions in anxiety symptoms. Done well, the Internet-based model "can actually rival in-person CBT," Gratzer said.

What are the advantages?

Patients can complete a session of CBT whenever they want – on a Sunday afternoon or in the wee hours – and save time getting to and from a therapist's office. This is a big plus for parents who would normally have to arrange for a babysitter or employees who cannot leave work during a therapist's office hours, Gratzer said. Online CBT may be more accessible for patients in rural areas, as well. And it may be more appealing to those who avoid seeking psychological help because they fear social stigma or feel uncomfortable confiding in a stranger. Finally, it is cost-effective, allowing therapists to treat more patients in less time. Monitoring a patient's progress online and offering support through phone calls and e-mails may take as little as 10 minutes per patient each week, a 2014 study found.

What are the downsides?

Internet-delivered CBT does not work if patients don't stick to it, and many studies show a high dropout rate. As well, it's a bad fit for patients who have limited Internet access or are not technologically savvy. But most of all, patients won't get empathy from a computer program. This is a major drawback, since a therapist's care can go a long way in relieving the feelings of isolation, unworthiness and self-hatred that accompany mental illness.

"Many depressed patients do not want to engage with computers – they prefer to interact with human beings," said Christopher Dowrick, a professor of primary medical care at the University of Liverpool and the author of an editorial accompanying the BMJ study. Also, in the 2008 study showing comparable results between therapist-guided online CBT and traditional CBT for anxiety, patients in the face-to-face group reported higher enjoyment in communicating with their therapist.

Should Internet-based CBT be rolled out across Canada?

More studies are needed to gauge whether it is truly as effective as in-person CBT, the authors of the CMAJ analysis wrote. Further research should identify which patients may respond well to this approach and determine the best ways to blend Internet-delivered CBT with other therapies, they added. Dowrick pointed out that governments in the United Kingdom, Sweden and Australia – which have promoted a range of CBT websites and apps – have a vested interest in finding less expensive ways of bridging the gap between available services and the urgent need for treatment. Computerized CBT may prove beneficial, he said, but "I think we need to be a little bit more cautious about the circumstances under which that is likely to be felt."

In the end, is this basically a poor man's psychotherapy?

Not according to Gratzer and his colleague, social worker Faiza Khalid-Khan, who together incorporated Internet-delivered CBT into mental health services at the Scarborough Hospital. In their program, patients are given the choice between Internet-delivered and face-to-face CBT. For patients who are unable to come to the clinic due to time constraints, physical health issues or fear of stigma, "it's another option, another tool," Khalid-Khan said. Gratzer noted one in five Canadians will suffer from mental illness this year, according to Statistics Canada, and of those, two-thirds will not get the care they feel they need. "In Canada, we have a major problem with access [to services]," Gratzer said.

He mentioned the case of a young woman who suffered from such severe anxiety that she hadn't left her house for a year. After receiving CBT remotely through the Scarborough program, she is now applying for jobs outside her home, he said. "For her, this wasn't a poor man's cognitive therapy – it was the one she could use."

Strategies for coping with the stages of unemployment
December 9, 2015 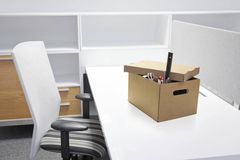