I've noticed that my memory seems to be failing me. I am having more and more difficulty remembering people's names. I am also forgetting where I left things, such as my keys and glasses. I will even walk into a room and not know why I've gone there. I dread to think this, but could I be getting Alzheimer's disease?

Memory lapses are fairly common, especially as we grow older. You might have a word on the tip of your tongue, but it won't come to you until a few minutes or even hours later.

When that happens, it's easy to conclude that your mind is slipping away. But occasional forgetfulness is not necessarily a harbinger of Alzheimer's or some other form of dementia.

Indeed, the natural aging process affects memory, too. So it's important to recognize the difference between normal age-related forgetfulness and the onset of a mind-robbing disease.

To better understand the differences, you need to know that there are various types of memory involving separate parts of the brain. And a particular change in the brain has a fairly predictable effect on memory.

For instance, our general knowledge of facts, concepts and vocabulary is known as semantic memory and involves a region of the brain called the anterior temporal lobe.

"As you get older, you can have difficulty with word retrieval," said Sandra Black, a cognitive neurologist at Sunnybrook Health Sciences Centre in Toronto. This is particularly true for remembering certain kinds of specific information such as people's names or uncommon words.

The elder brain is simply not as efficient as it used to be. "Reaction time and information processing, in general, is slower as we start to hit our fifties," Black said. "So it can take longer to process and retrieve information."

This fact alone can explain why you might have that "tip-of-the-tongue" experience when a word escapes you. The words are still there in your memory – they are just harder to access.

It's also worth mentioning that other factors – such as anxiety, stress, depression, poor sleep, a thyroid disorder, vitamin B12 deficiency, excessive alcohol consumption and some medications – can cause concentration problems and forgetfulness. If you have one of these issues and it's properly treated, then your memory usually bounces back.

Alzheimer's disease, on the other hand, is irreversible and alters the brain in a very different way than normal aging.

It tends to start by attacking the hippocampus, a region of the brain that plays a critical role in the formation of "episodic" memories, said Black, who is also a professor of neurology in the department of medicine at the University of Toronto.

Episodic memories are about events that happened in your own life, tied to a specific time and place – such as what you did last weekend.

"People with Alzheimer's start to have very poor recollection of things that happened recently," Black said.

In the early stages of the disease, they may not remember all the details of something they did a few weeks or days ago. As the condition progresses, short-term memory becomes shorter and shorter.

Unable to remember the recent past, the distant past can gradually become blurred with the present. "A person may be determined to go visit a parent – even though that parent died many years ago," Black explained.

How fast the disease advances varies from person to person. "Initially, people primarily have a short-term memory problem but they are functioning very well otherwise," she said. "This is called mild cognitive impairment."

Over time, Alzheimer's begins to hamper other mental abilities, including language understanding and word finding, spatial navigation, judgment and abstract thinking. At this stage, the disease has progressed to what's known as dementia and the person needs increasing help with daily activities.

But despite the loss of short-term memory and other cognitive functions, the person may still be able to perform some very complicated tasks – such as playing a musical instrument. That's because procedural memory – or learned motor skills (how to do things) – involves the sensory-motor areas, the cerebellum and basal ganglia, which are relatively well preserved until late in Alzheimer's, Black said.

Eventually, though, more and more of the brain is affected and all major forms of memory and higher thinking evaporate. It gets to the point where a patient can't recall what happened just a few moments ago.

Alzheimer's isn't the only disease that can cause dementia. A stroke – and other conditions that damage the brain – can also affect memory and cognition in a variety of ways. In fact, some patients may have more than one illness contributing to their mental deterioration.

This may all sound rather grim. But keep in mind that most people who experience a lapse in memory don't have a serious neurological illness. An occasional memory glitch is likely due to natural aging as the brain becomes less efficient at processing and recalling information.

Of course, that expected decline may not be very reassuring to those who dread the idea of getting older. But you can do things to improve your chances of aging gracefully. Regular exercise, eating a healthy diet, not smoking, as well as keeping socially and mentally active can help safeguard the body and the brain.

Older individuals certainly don't have the agile brain of a 20-year-old, but they do have a lifetime of experiences – and that accumulated knowledge shouldn't be undervalued.

Do I always have to take the full course of antibiotics?
August 24, 2017 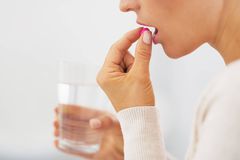 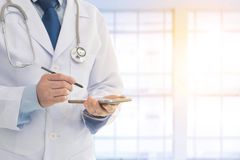