According to new guidelines published by the American Heart Association and the American College of Cardiology, every Caucasian male over the age of 62, every African-American man over 65, every white female over 70, and every black female over 69 should be taking statin medications. Not to mention a whole bunch of younger people.

In fact, the cardiology group thinks one in every three adults need these drugs to control their cholesterol levels. That beggars belief, considering there is little evidence statins prevent heart attacks and strokes in most people. It's no wonder the new recommendations have triggered a backlash and led to questions about whether cardiologists have put prescribing drugs ahead of preventing heart disease.

Most people of a certain age will know that it is fairly routine to have tests done to measure blood cholesterol levels. There is LDL, commonly referred to as bad cholesterol, and HDL, or good cholesterol. Ideally, you want to keep your LDL between 2.6 and 3.3 millimoles per litre, and HDL above 1.6 mml/L. (The U.S. measures levels in milligrams per decilitre – so you can multiply the Canadian numbers by 40.)

At least, that has been the approach since guidelines were published in 2001, based on the assumption that reducing LDL and raising HDL would lower the risk of heart attack and stroke. That approach is now being rejected. There is no need to routinely monitor blood cholesterol any more, according to the new guidelines.

Why? Because the arbitrary cholesterol targets are not supported by scientific evidence. Let's not forget that about three-quarters of people have normal cholesterol levels when they have heart attacks. That hasn't changed during the great statins experiment of the past decade.

Logically, that means physicians should be prescribing fewer statins, not more. But the new guidelines are being sold as a "leap of faith," a belief that statins can prevent heart attacks and strokes, even if that benefit doesn't seem to come from controlling cholesterol.

In brief, the research shows that statins are moderately effective in preventing heart attacks in men with a history of heart disease (meaning they've had a previous heart attack.) They are not effective in women. And they don't provide much benefit, if any, to healthy people without a history of heart disease – regardless of their cholesterol levels.

In fact, research published last month in the British Medical Journal by a group of researchers, including Dr. James Wright of B.C.'s Therapeutics Initiative, found that 140 people would have to take statins for five years to prevent one heart attack. Further, about 18 per cent of those taking statins suffer significant side effects, which include diabetes, cataracts, liver damage and sexual dysfunction. Not to mention that the treatment costs about $1 a day per person – for life.

That's pretty sobering data, particularly when you consider that there were 38 million prescriptions filled for statins last year in this country.

Canada has not adopted the new cholesterol guidelines. We are still sticking to our LDL/HDL measuring ways, though that has been pretty well disavowed by science – with a few exceptions. Cholesterol levels were once believed to be crucial measures of cardiovascular risk. What we have learned over time is that they are not.

The new U.S. guidelines would actually result in more than doubling the number of people taking statins – from about 15 per cent adults currently to about one-third.

Well, according to the AHA and the ACC, they want physicians to focus on four groups who can most benefit from lowering LDL, or bad cholesterol, with statins, including:

Patients who have already been diagnosed with cardiovascular disease;

People with very high LDL levels of 190 mg/dL or higher (4.9 mml/L in Canada), especially those with a genetic condition called familial hypercholesterolemia;

Everyone diagnosed with diabetes between the age of 40 and 75;

All people aged 40-75 who have a 10-year risk of cardiovascular disease of 7.5 per cent or higher, based on a risk calculator that considers factors like age, weight and race.

It is the latter group that is the most controversial. In earlier guidelines patients were deemed to need statins if their risk of having a heart attack or stroke in the next decade was 20 per cent or more.

There has also been a lot of controversy over the risk calculator itself because it's said to greatly exaggerate the risks. According to a commentary in the medical journal The Lancet, the calculator overpredicts the risk of a heart-related event by 75 to 150 per cent. The result is that it is recommended that virtually every senior citizen needs statins.

That is clearly not the case.

Dr. John Abramson, a health policy lecturer at Harvard University, estimates that a person without existing cardiovascular disease can get as much benefit from a brisk daily 10-minute walk as from a daily statin pill – and without the potential side effects. Smoking cessation and weight loss would have even more dramatic effects.

Statins are not magical medications for prevention of heart disease. They give the illusion of protection.

It is a costly illusion that needs to be shattered. 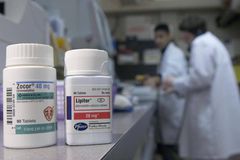 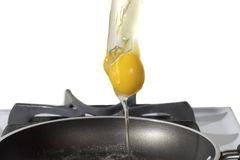