After 25 years of practising women's health, I am continually taken aback by ongoing erroneous beliefs surrounding miscarriage. Despite improved access to better information sources than ever through the Internet, those suffering pregnancy loss largely continue to be under the false impression that the loss had been self-generated.

A national survey of more than 1,000 American men and women found that respondents most commonly cited a stressful event (76 per cent), long-standing stress (74 per cent) and lifting a heavy object (64 per cent) as causes for miscarriage. The study, presented in October, 2013, at the American Society for Reproductive Medicine, showed that respondents inaccurately thought the following could cause also miscarriage: a sexually transmitted disease (41 per cent), an abortion (31 per cent) or use of implanted long-term birth control (28 per cent). Nearly 23 per cent of respondents erroneously believed a miscarriage could be caused solely by the woman not wanting the pregnancy.

Could the very word we choose to use – miscarriage – be partly to blame for these false impressions? Perhaps we unintentionally validate these false beliefs through our ongoing use of the term?

The term miscarriage is comprised of two words: mis-, meaning "mistakenly, wrongly or badly" and -carriage, a "means of conveyance."

While the –carriage of the term miscarriage is reasonably accurate, the mis- portion is inaccurate and potentially harmful. Most miscarriages do not represent a mistaken, wrong or bad action on the part of a woman's body; most are caused by spontaneous chromosomal anomalies that render human development impossible and do not relate to inherited genetic problems. In reality, there is nothing within this healthy physiological event that would justify the prefix mis-. Rather, miscarriage is more often a healthy body recognizing a pregnancy that is incompatible with life.

Miscarriages are also exceedingly common. "Around half of all fertilized eggs die and are lost [aborted spontaneously], usually before the woman knows she is pregnant" and "among women who know they are pregnant, the miscarriage rate is 15 to 20 per cent," according to MedLine Plus, an online source connected to the U.S. National Library of Medicine.

Current terminology in modern medicine falls short in offering more enlightened alternatives to the term miscarriage. The term spontaneous abortion is not acceptable because the commonly used word abortion represents a willful act. A well-meaning health care worker's intentions can backfire because the term abortion may imply to a woman that the loss of her pregnancy has been somehow the result of a desire on her part. Thus, a term that more accurately conveys the reality is needed. The term "natural pregnancy loss" is a good alternative that does not have the negative connotations of miscarriage. It reflects a basic understanding of what pregnancy loss truly represents. Using the term could reduce the blame implicit in the word miscarriage and help to engender a sense of empowerment and well-being.

Words are important. Broad acceptance of the term natural pregnancy loss in place of the word miscarriage is of value to the health practitioner when providing psychological support to the grieving mother. The term helps remind women that this loss reflects what a healthy body should do with an embryo incompatible with life. Most importantly, it helps lessen the very palpable sense of loss.

Dr. Irish Gorfinkel is a family physician in Toronto.

The trauma of stillbirth: Experts look for ways to support families expecting a child after a loss
October 15, 2015 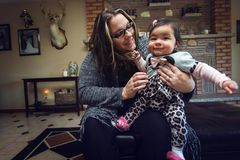 When a multiple pregnancy doesn't go as planned, parents face a future of simultaneous joy and grief
June 4, 2015 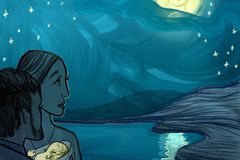 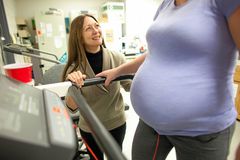