The annual outbreak of influenza that is filling hospitals and thinning out workplaces across North America is more acute and more widespread than in recent years.

Hospitals are bursting at the seams, from the ER to the ward, and many are cancelling surgeries and clinics to ease the pressure. Tamiflu, an antiviral drug, is in such short supply that Ottawa is dipping into its emergency reserves. At least one city, Boston, is so overrun by flu that the mayor has declared a public health emergency.

Yet for all the rising concern, this is a normal flu season. Nasty and deadly is the norm. An estimated 2,000 to 8,000 Canadians die annually of influenza and its complications. Globally, the flu kills about 500,000 people a year.

So why are we suddenly shocked and overwhelmed by the arrival of this year's flu?

First of all, it's arrived a little early. Second, the dominant circulating strain, H3N2, is known to be cause severe illness, so a lot more people are seeking medical help.

Third, there is a nasty new strain of norovirus (a stomach bug known as "vomiting disease") hitting simultaneously and straining health resources.

But, as much as anything, recent history and lack of public health lessons learned are coming back to haunt us.

The outbreak is sweeping across North America and it's not quite peaked: With kids back in school this week, there may well be a new wave of infections.

The latest official data from the Public Health Agency of Canada tell of 4,632 laboratory-confirmed cases and 127 flu outbreaks in Canada. But those numbers don't really tell the story: They're already two weeks out-of-date and most people with the flu don't get a formal diagnosis, let alone a lab test.

To get a sense of the flu's impact you have to rely a bit on anecdote, extrapolate from local public health numbers and monitor real-time tracking methods such as Google Flu Trends. The general consensus is that there are about 10 times more flu cases this year than last.

In 2009, there was pandemic strain of influenza (meaning it has never been seen before and had the potential to infect a lot of people), that generated a lot of media coverage, sometimes to the point of hysteria.

H1N1 (or swine flu as it was known colloquially) turned out to be not particularly deadly and that has created a sense of complacency. The naysayers convinced people the flu was not a big deal, and warnings were just a ploy by Big Pharma to sell vaccines. That two really mild flu seasons followed bolstered those views.

Now the number of people getting flu vaccines is down and that is contributing to this year's woes. The flu shot is not perfect – it works roughly 60 per cent of the time. It also doesn't protect from other bugs, which are commonplace in winter. (There is, for example, no such thing as "stomach flu"; influenza doesn't usually cause intestinal problems.)

Still, a vaccine is better than no vaccine, and it's not too late to get a flu shot. It is offered free of charge in many parts of the country. There are clinics and, in some provinces, the vaccine is available in pharmacies. Some jurisdictions also offer a nasal spray vaccine for children, to overcome the fear of needles.

Influenza is a seasonal illness and the virus moves around the globe each year in a fairly predictable manner. New strains (or variations on old strains) emerge each year in the northern hemisphere – often in populated places such as China or the Philippines and wend their way around the globe, sometimes picking up new buddies along the way, and around and around they go, merrily mutating and infecting and killing.

To get a sense of where the strains come from, look, for example, at this year's flu shot: It protects against three strains A/California H1N1, A/Victoria H3N2 and B Wisconsin (Yamagata lineage).

In Canada, the flu season lasts about 12 weeks in total, with waves hitting regionally for about a month at a time, with some overlap. Again, the tendency is for the spread to move from west to east, though Ontario seems to have gotten a jump this year.

We know too that A strains of flu hit first and hardest; there will almost certainly be another wave of B strain flu in the coming weeks.

All this to say: the flu will remain a challenge for the foreseeable future. But the challenges like the kind we are living right now are largely preventable.

It is up to all of us – individually and collectively – to minimize the harm the virus does by embracing simple public health measures, ranging from education to vaccination.

In 2013, nasty and deadly remains the norm, but it shouldn't be.

Influenza is a respiratory illness. It is caused by flu viruses, which mutate regularly, meaning different strains circulate each year. In Canada, flu season usually stretches from December to March, with a peak late in January.

The flu is characterized by the sudden onset of fever, chills and cough, along with muscle aches, sore throat and fatigue. Vomiting and diarrhea are rare, except in children. Symptoms usually last seven to 10 days.

Severity of illness often depends on the strain of flu virus. H3N2, currently circulating in Canada, is particularly nasty.

Some people – such as the frail elderly, those with respiratory illnesses, pregnant women and young babies – can suffer life-threatening complications like pneumonia.

The most effective treatment for the flu is bed rest. It is important, too, to drink plenty of fluids, to avoid dehydration. The antiviral drug oseltamivir (Tamiflu) may be prescribed but it is of limited effectiveness. Antibiotics do not help because the flu is a virus.

When do I seek medical help?

If a child has trouble breathing, has bluish skin colour, has fever with rash, or becomes largely unresponsive, you should seek emergency medical help.

Adults who have significant shortness of breath, chest pain, sudden severe dizziness or persistent vomiting should see a doctor immediately.

There are three basic ways to reduce your risk of the flu:

1) Limit contact with sick people: People with the flu are contagious just before they fall ill, and for about seven days afterward;

2) Sound basic hygiene: Practice regular hand-washing, keeping your fingers out of your mouth and nose and coughing in your sleeve. If you're sick, stay at home;

3) Vaccination: The National Advisory Committee on Immunization recommends that everyone over the age of six months get a flu shot. Because the virus mutates, you need to get re-vaccinated annually. The vaccine is particularly important for those with respiratory illnesses like asthma and those in contact with people at risk.

Editor's note: The Philippines and China are in the Northern Hemisphere, not the Southern Hemisphere, as stated incorrectly in an earlier version of this article. This online version has been corrected. 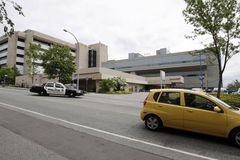 Flu season is here: How concerned about it are you? Survey says...
January 9, 2013
Is the flu actually an epidemic? André Picard tackles your flu questions
January 9, 2013
Follow André Picard on Twitter @picardonhealth
Report an error Editorial code of conduct
Due to technical reasons, we have temporarily removed commenting from our articles. We hope to have this fixed soon. Thank you for your patience. If you are looking to give feedback on our new site, please send it along to feedback@globeandmail.com. If you want to write a letter to the editor, please forward to letters@globeandmail.com.
Comments