Partway through his research for a new book on autism, journalist Steve Silberman made a mind-blowing discovery. Some of our biggest misconceptions about autism – that it is a modern disorder and an aberration to be cured – are due to a prominent American psychiatrist's role in burying early research, he says.

Leo Kanner took credit in 1943 for discovering a "unique" and "heretofore unreported" disorder, which he later called autism. In fact, nearly a decade earlier, Viennese clinician Hans Asperger was the first to identify the distinctive cluster of disabilities, which were often combined with innate gifts.

As Silberman details in Neurotribes: The Legacy of Autism and How to Think Smarter About People Who Think Differently, Asperger developed individual education plans for autistic children starting in the mid-1930s. The Viennese researcher described the characteristics of autism as "not at all rare," and suggested that autistic people may have played a vital role in the evolution of science and the arts.

Silberman presents striking evidence that Kanner knew about Asperger's work all along. For decades, however, Kanner insisted that autism was an exceptionally rare set of mental deficiencies, caused by "refrigerator mothers" who had deprived their children of maternal warmth.

On the phone from Berkeley, Calif., Silberman explains how Kanner's definition of autism led to a fruitless search for causes and cures. The time has come, he argues, to reclaim Asperger's understanding of autism as a natural, common and even culturally enhancing phenomenon.

Why did you coin the word "neurotribe" and what does it mean?

For so long, we have considered conditions like autism, dyslexia and ADHD [attention deficit hyperactivity disorder] only as medical diagnoses and expressions of brain development gone awry. Because each of those conditions can also convey advantages, I wanted to invent a word that would allow us to [describe] those very large groups of people without automatically pathologizing them – and also talk about the strengths they have.

Many of the people you describe in your book have astonishing abilities in math, engineering and computer science. Should we think of autistic people as real-life X-Men – genetic atypicals with special gifts?

A profound truth that is embedded in the concept of neurodiversity is that the genius of humanity comes from some of the same sources in our genome as some of the most daunting and challenging conditions come from. So we would be well advised to not try to eliminate autism from the gene pool, as the Nazis did.

How has the legacy of Nazi eugenics – selective breeding to create a "supreme race" – contributed to the notion that autism is a defect to be eradicated?

A lot of the rhetoric that was used by the Nazi eugenicists was about the burden that the disabled of all types, physical and mental, put on society. That kind of demeaning rhetoric is still being used, even by organizations that claim to be advocating for autism awareness. They often talk about the multibillion-dollar burden of autism on society. That's not the best way to think about people.

True. But not everyone with autism grows up to be a computer genius. What about those who are too impaired to live on their own, or go to college?

The biggest lesson I've learned from studying 80 years of autism history is: Don't underestimate kids on the spectrum when they're young. People point to [animal behaviour expert] Temple Grandin, who is perhaps the most famous autistic person in the world, and say, 'My kid is not like Temple Grandin.' Well, if you'd seen her when she [was] a preschooler who was very destructive and thrown out of all these schools, you might not have thought she was Grandin herself.

Autism organizations have a reputation for infighting over how to spend resources. Where do you think funding should go?

Towards helping autistic people live as independently as possible, and for the families of those who cannot live independently, helping them with services. The National Autistic Society in England devotes something like two-thirds of its funding to services for autistic adults. In America, Autism Speaks devotes 2 per cent.

Well-meaning parents have tried autism cures ranging from raw camel milk to megadoses of vitamins. What will it take to put the autism snake-oil industry out of business?

A lot of the autism quackery is premised on the notion that autism is new and that you have to chelate mercury out of the child's body, or put them through other dangerous treatments. One of the things I've tried to accomplish with this book is to show that autistic people have always been here, and that it's not a unique disorder of our uniquely disordered modern world.

The current estimate is that one in 68 school-aged children is on the autism spectrum. Is this category now so broad as to be meaningless?

People often ask me if quirky kids are being [diagnosed] as autistic. I don't think so. Autism is a very distinctive condition at every level on the spectrum. Every person I know who has gotten an official diagnosis does need support and help in meeting the challenges of daily life.

Are we as a society becoming more autistic, and is this a good thing?

People with autistic traits have definitely influenced pop culture and autistic people in the past made scientific discoveries that helped create the Internet. So yes, in a sense, the world is becoming more autistic in ways that benefit everyone, including people not on the spectrum. Now, we can all communicate remotely, and not in real time, using devices that autistic people helped to create. 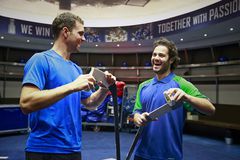 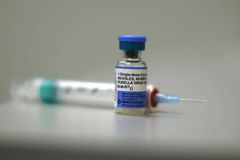