Fewer Canadian kids are commuting by walking or biking as a new report reveals a marked decline among young people using active modes of transportation.

Active Healthy Kids Canada released its annual Report Card on Physical Activity for Children and Youth on Tuesday, assigning a "D" grade in the category of active transportation. A "D minus" grade was given for overall physical activity levels.

Children who use active transport for commutes to and from school can accumulate up to 45 additional minutes daily of moderate- to vigorous-intensity physical activity compared to kids travelling by car, train or bus.

Yet in Canada, a recent survey revealed that while 58 per cent of parents walked to school when they were children, only 28 per cent of their own kids were doing the same today.

"That's a reduction of 50 per cent in one generation. That's substantial by any estimate," said Dr. Mark Tremblay, chief scientific officer of Active Healthy Kids Canada.

From 2000 to 2010, the percentage of youth aged 5 to 17 using only inactive modes of transportation for school commutes increased from 51 per cent to 62 per cent.

The report found many data sources in different age groups suggested only 25 to 35 per cent of Canadian kids and youth use active transport to and from school.

Tremblay said active transportation is among "a whole bunch of pieces" that contribute to physical activity levels, along with other key components such as active play, organized sports participation and physical education.

Tremblay said there may be instances where schools are too far away for youngsters to commute by their own power. But research shows many examples where high numbers of kids are being ferried to destinations within walking or biking distance, he noted.

"There are kids that live 25 kilometres from the school. They can't walk or bike. And so we get that," said Tremblay, director of the Healthy Active Living and Obesity Research Group at the Children's Hospital of Eastern Ontario Research Institute.

"But can those kids walk or bike to other things that are going on in their community? To their friend's house? To the baseball pitch, which might be a couple of kilometres down the road?

"This isn't just about to and from school. … We're talking about any trips."

If kids walked for all trips less than one kilometre in distance, it would translate, on average, to 2,238 additional steps each day – or around 15 to 20 minutes of walking, the report said.

Tremblay said living in an auto-dependent society has made the process of commuting by car the norm.

Active transportation offers a simple, cost-effective, accessible way for parents to help ensure kids are getting the activity they need without having to pay for organized sports, she noted.

In instances where kids are able to travel on foot or use pedal power or some other means of active transport, Murumets said parents can organize walking school buses or bicycle caravans with a volunteer adult or group of parents convening with youngsters to commute en masse.

"Kids are getting physical activity, they have social time, they're with other kids, they're safe because they're supervised, (and) some of the parents who do work are able to make their way to the office," Murumets said.

Only seven per cent of five- to 11-year-olds and four per cent of 12- to 17-year-olds met recommended guidelines of 60 minutes of moderate to vigorous activity daily.

Even if it's just kicking a ball around or going for a walk after dinner, Murumets said it's important for parents to promote active time among their kids and to show leadership by participating as well. 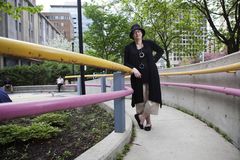 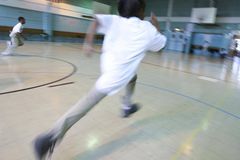 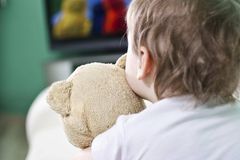