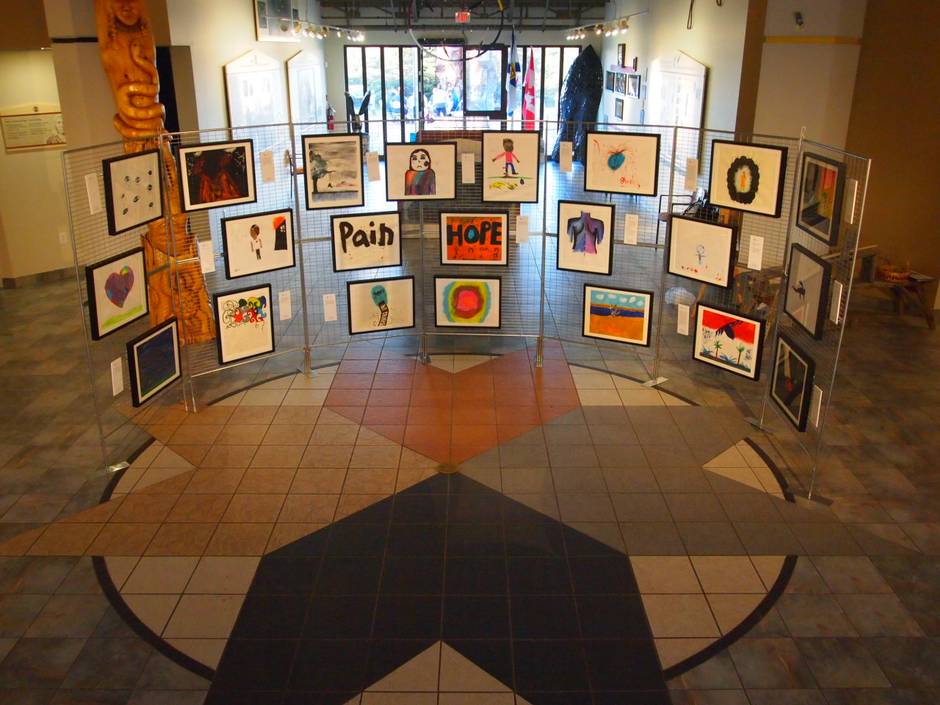 The Aboriginal Children’s Hurt and Healing Initiative aims to get youth talking through art exercises and, by extension, get them treatment when it’s needed. (Photos by John Sylliboy)

A solitary black dragon swimming on a white backdrop, a stick man with a blank stare, an indigenous woman framed by a blackened wreath. These are some of the images produced by 42 indigenous youth during workshops held in four First Nations communities in the Maritimes last year. The idea was to draw out feelings that had been stowed away and kept secret. And, according to researchers, art exercises like these may hold the key to better health outcomes for indigenous youth across the country.

Dr. Margot Latimer, along with research coordinator John Sylliboy, first launched the Aboriginal Children’s Hurt and Healing Initiative eight years ago to address a clinical gap that Latimer picked up on in her work as a researcher at the Centre for Pediatric Pain in Halifax’s IWK Health Centre. “We noticed [as early as] 2008 that we weren’t seeing many First Nations children and youth referred to our pain clinic. We knew, though, that aboriginal children had the highest rates of pain-related conditions: ear, dental, musculoskeletal – every kind of condition that interferes with normal growth and development,” says Latimer, co-lead of the ACHH Initiative and associate professor at Dalhousie University. When Latimer checked with colleagues across the country, their observations were similar, she says.

One of the reasons for the gap, Latimer posited, is that indigenous youth don’t talk about their pain in the same way non-indigenous children do. She and her colleagues at the IWK Health Centre estimated that two indigenous youths out of 800 were referred to the IWK’s pediatric and obstetric pain centre during a 13-year period. Along with Sylliboy, Latimer believes that art exercises are one way to set these youths at ease, get them talking and, by extension, get them treatment when it’s needed. 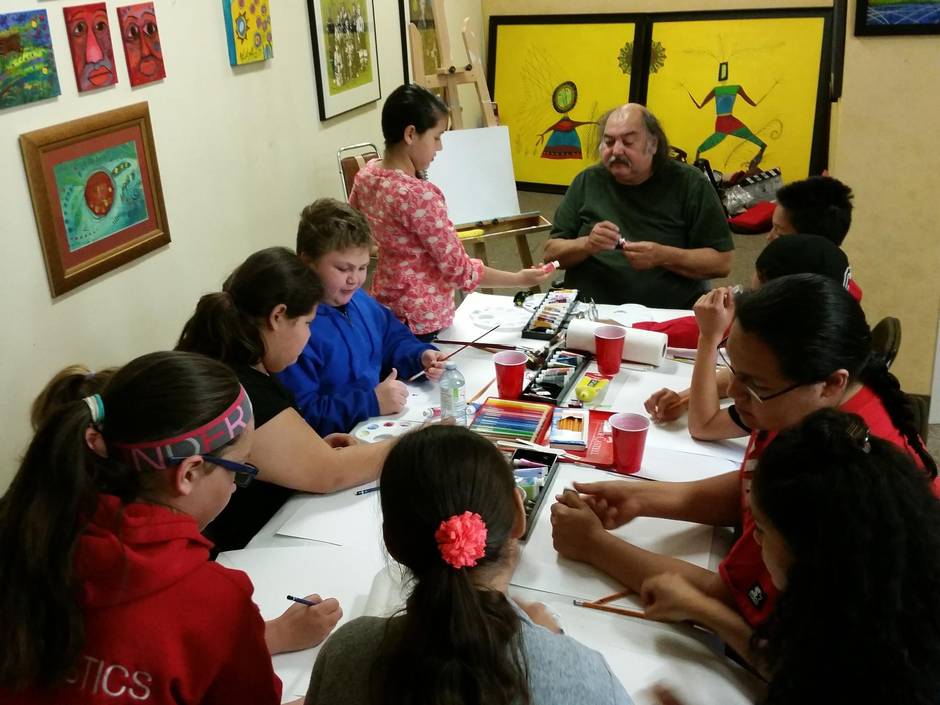 Mi’kmaq artist Alan Syliboy leads workshops with the youth. He says his first step is to establish trust and relationships.

The First Nations participants in the program are from four communities located in Nova Scotia, New Brunswick and Prince Edward Island and were invited to participate on a volunteer basis. Sylliboy worked with community schools, health centres and other organizations to locate candidates willing to take part in the initiative. The workshops are then led by Mi’kmaq artist Alan Syliboy, who has exhibited his work at the National Gallery of Canada and currently holds the 2016 Coady Chair in Social Justice at St. Francis Xavier University.

Syliboy’s first step in the workshops he runs is to establish relationships with the youth before the art exercises begin. He gathers everyone in a circle, asks about their experiences and shares his own to establish a safe and culturally sensitive space.

“You sort of have to gain their trust,” he says. “You just need the first one to open up, then they all do.”

Once the groups feel at ease, they are given the freedom and tools to create art. “We started talking about ideas,” he says, “and once that happened, they took over.”

Latimer notices the kids’ demeanours change after the sessions.

“These kids arrive with their hoodies up, their body language tight and withdrawn,” says Latimer. “At the end of the workshops, they have their hoods down, they’re standing straight, they’re engaged and laughing. It’s a beautiful transformation. This is a way to reach them on their own level, for them to tell their stories. This is a way to mobilize their voices.” 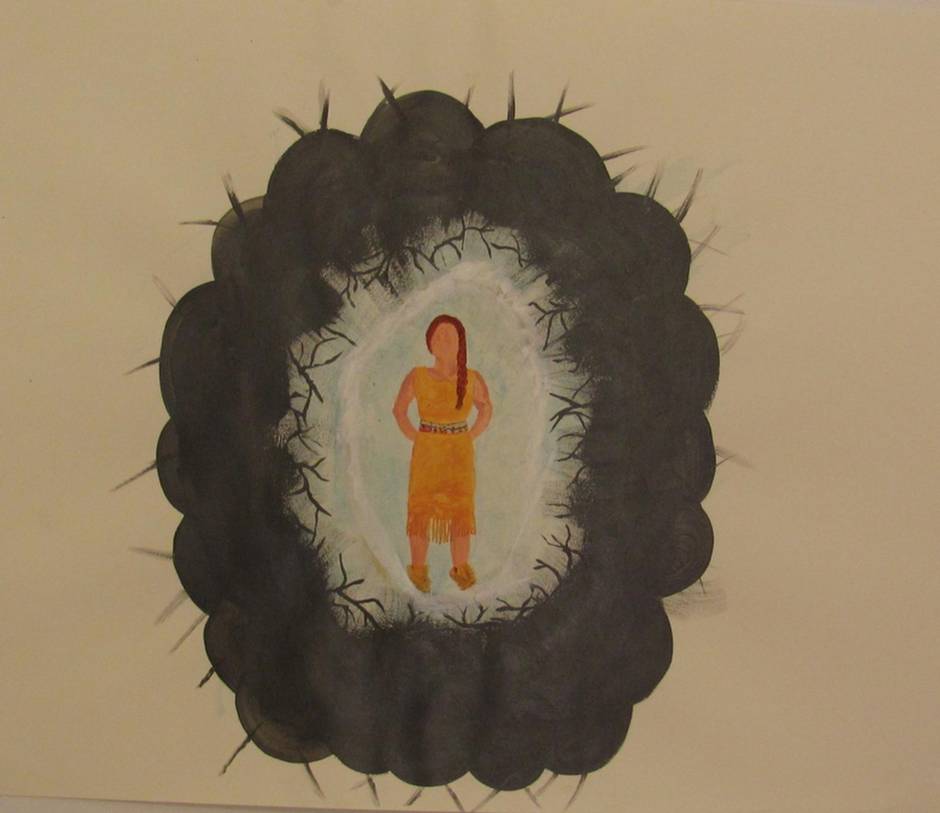 An image of an indigenous woman framed by a blackened wreath created in the art workshop.

The reasons why First Nations youth don’t express pain as fluidly as their counterparts are manifold.

One is the residual effect of the residential school system. All four communities the kids come from grapple with inter-generational trauma caused by the schools, says Sylliboy.

Stoicism is another. According to Daphne Hutt-MacLeod, director of Eskasoni Mental Health Services, located in a First Nation community southwest of Sydney, NS, stoicism is the last vestige of power for many indigenous people who circulated through the residential school system.

“The elders in this community had many reflections,” she says. “When they were growing up and in the residential schools, if they cried or expressed any kind of pain, it gave their abusers, who were in positions of power, a certain degree of satisfaction. Often they would mask their pain because it was the only thing that was their own.”

This could explain how some First Nations people feel about authority figures today, especially if they perceive a glaring power imbalance, she added.

“When we’re in a relationship with our clients, regardless of their age, we need to make sure we’re not coming from a place of authority, that we come from an equal footing,” she says. “That our clients don’t feel that we hold ourselves above them. If we do, we’re bound to fail.” 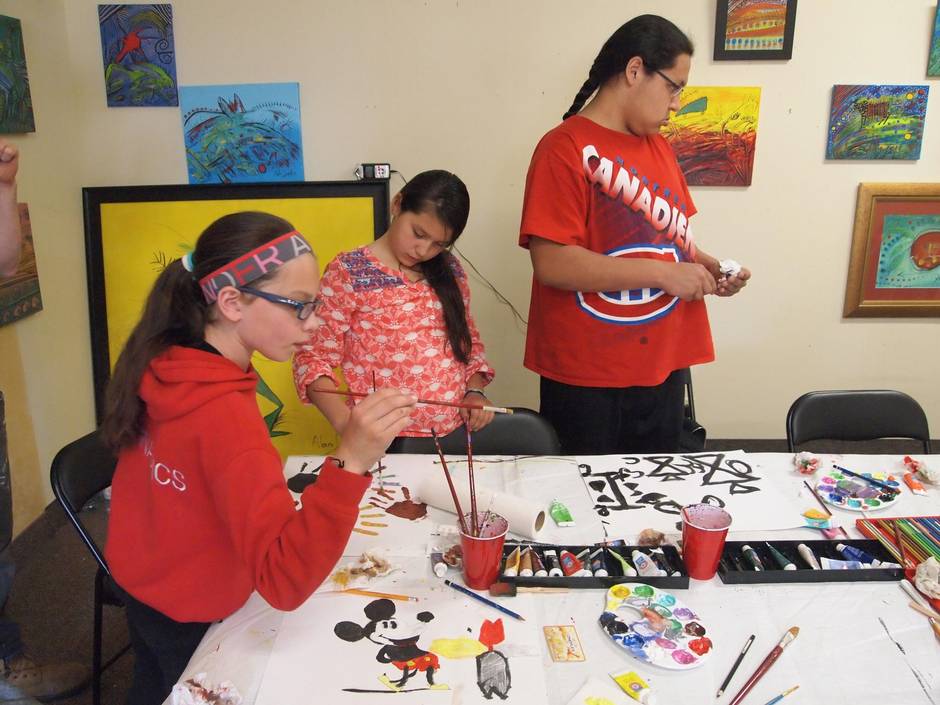 Inter-generational trauma caused by the residential school system can lead to kids masking the pain they feel.

As Sylliboy sees it, “there’s a certain valour around being courageous with pain. Resilience around pain is a cultural teaching. When that’s passed down, it becomes a mask, not just a cultural value. Because of this same valour, a clinician may not see right away that a person is in pain.”

Latimer hopes her program will not only raise a flag when a participant is experiencing pain that hasn’t been addressed but also that it will offer a strategy for clinical practices across the country. If a doctor determines a First Nations youth is having trouble articulating a health issue, taking time to gain trust, and using art as a form of communication, are tools they can use before arriving at diagnosis and treatment.

“It allows us to expand our clinical practice by using indigenous knowledge. It’s also validating that those methods have been able to assist these youths to convey their emotional pain in a way we haven’t been able to tap into from a [conventional] assessment perspective,” Latimer says.

The initiative is poised to expand across the country. The Canadian Institutes of Health Research is subsidizing half of the operating costs; the rest of the funds will have to be secured from other health care and academic sources. Organizers also plan to consult with First Nations leaders before a national iteration of the program takes shape. 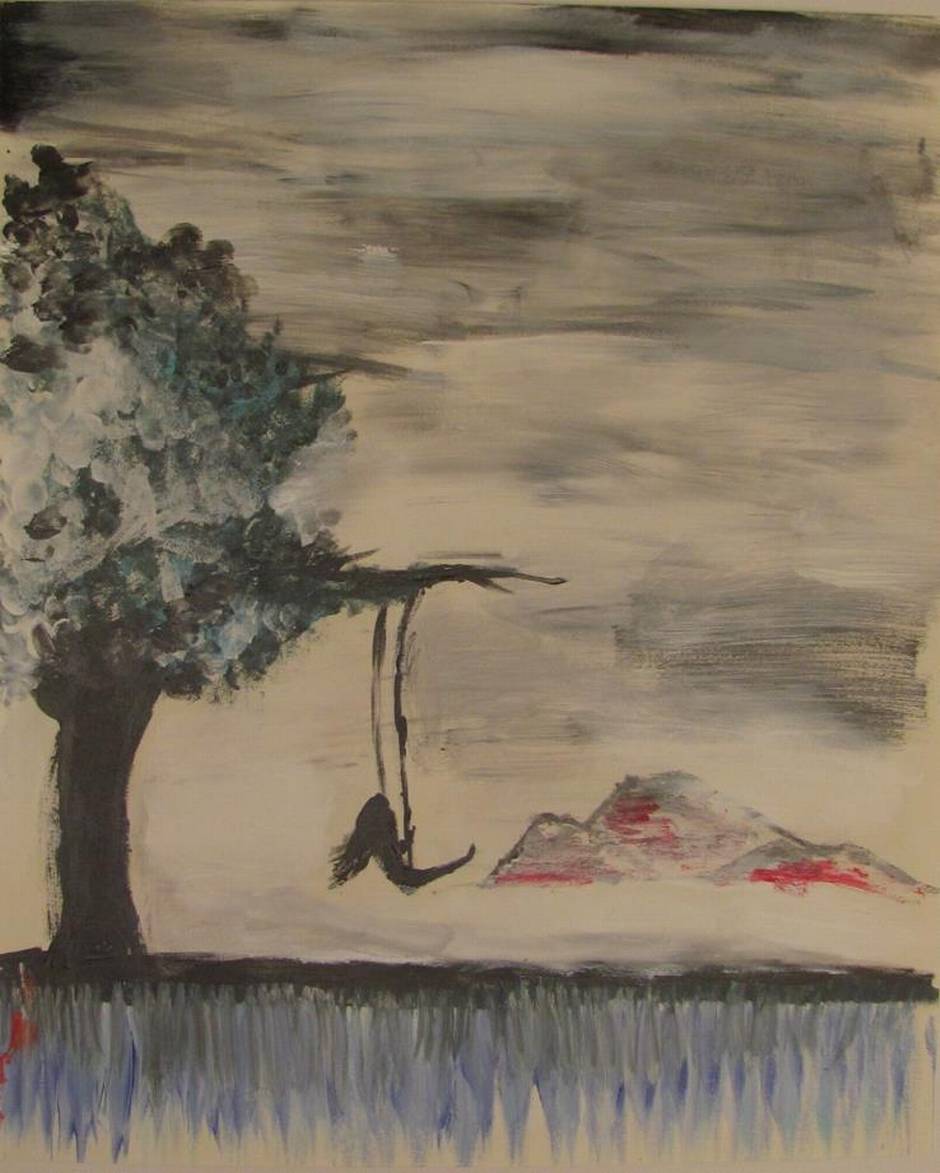 The Aboriginal Children’s Hurt and Healing Initiative is poised to expand across Canada.

“The adverse outcomes of not properly assessing the pain in these kids is profound,” says Latimer. “We heard over and over again in our conversation sessions that community members did not feel heard when they went to the health-care system. They felt discriminated against. But as health professionals, we may not actively know we’re discriminating against [them] if we don’t have the information and knowledge to properly do an assessment for an aboriginal child.”

Latimer sees the program and its expansion as a direct response to the calls to action made by the Truth and Reconciliation Commission, which issued 94 recommendations a year ago this month .

“Our health-care system isn’t ready for [indigenous youths],” says Latimer, “so we’re creating the mechanisms for them to share their emotional and physical pain. We’re reacting, but we’re not responding yet.”

Editor's note: The art exercises were incorrectly described as art therapy in an earlier version of this story.