If you're a woman in your 20s or 30s and you don't pay attention to your fibre intake – or your daughter's – it's time to start. According to a new large study, doing so could pay off years later by reducing the risk of breast cancer.

A high-fibre diet has long been tied to preventing constipation, lowering cholesterol, controlling body weight and guarding against Type 2 diabetes. Only recently, though, have researchers suspected that fibre may also lower breast cancer risk.

For the study, researchers from Harvard University and Brigham and Women's Hospital asked 90,534 women in 1991, then aged 27 to 44, to complete a detailed diet questionnaire about their food intake. Seven years later, about half of these women (44,263) also provided information about their diets during high school.

Participants were divided into five groups, from highest to lowest fibre intake. The researchers also tracked how many women developed breast cancer over the next 13 to 20 years.

Consuming the most fibre (26 grams per day) versus the least (12 g per day) during early adulthood (e.g. 20s, 30s and early 40s) was linked to a 19-per-cent reduced breast cancer risk, even after accounting for other potential risk factors including red meat intake, body weight and alcohol consumption.

Among women who reported dietary data for only their high school years, those who ate the most fibre as teenagers had a 16-per-cent lower breast cancer risk than did those whose diets provided the least.

Women who consumed the most fibre during both their high school and early adult years were 25-per-cent less likely to develop breast cancer. This finding was stronger for premenopausal breast cancer; high fibre eaters had a 33-per-cent lower risk.

Total fibre from fruits and vegetables was found to be particularly beneficial.

Girls aged nine to 18 need 26 grams of fibre per day, women aged 19 to 50 require 25 grams and older women are advised to consume 21 grams each day. According to Health Canada, most girls and women get only half the amount that's required.

The findings also revealed that for every 10-gram increase in daily fibre intake during adolescence – an amount found in four cups of popcorn and one medium pear – the future risk of breast cancer was reduced by 14 per cent. Eating the recommended 26 g of fibre each day would decrease the risk by 30 per cent.

Let me put these risks, which compare two groups of women (called relative risks), into context. In Canada, a woman's personal risk (called absolute risk) of developing breast cancer during her lifetime is 11 per cent. If the risk is reduced by 30 per cent by eating 26 grams of fibre daily during adolescence (assuming a very low-fibre diet to being with), her absolute lifetime risk falls by 3.3 per cent (11 x .30 = 3.3) to 7.7 per cent. That's impressive.

The study does have limitations. The women were asked about their teenage diet when they were in their 30s and 40s, and their recollection was likely imprecise. Also, fibre-rich foods contain many other nutrients and phytochemicals that may have contributed to a lower breast cancer risk.

Even so, there are plausible ways in which a high-fibre diet may guard against breast cancer. There's longstanding evidence that fibre lowers circulating estrogen levels, which may be important during adolescent breast development. Being exposed to estrogen over a long period of time is thought to increase breast cancer risk.

Fibre also helps control blood sugar, insulin and insulin-like growth factors, all of which may be implicated in breast cancer.

It's important for everyone to fit more fibre into her diet. And based on these findings, it's especially important for parents of young daughters to provide plenty of fruits, vegetables, whole grains and beans and lentils at home.

The following tips will help you and your daughter – and your whole family – sneak fibre-rich foods into meals and snacks.

1) Include fruit and vegetables at every meal

2) Give meals a boost

Leslie Beck: How to maintain a healthy diet on a tight food budget
May 16, 2018 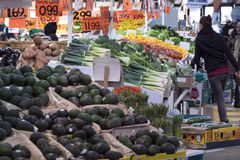 Leslie Beck: For healthier eating, freeze your meals
May 16, 2018 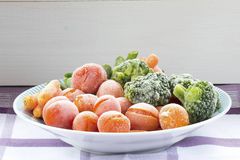 Eat your veggies to cut breast-cancer risk
December 29, 2016
Follow Leslie Beck on Twitter @lesliebeckrd
Report an error Editorial code of conduct
Due to technical reasons, we have temporarily removed commenting from our articles. We hope to have this fixed soon. Thank you for your patience. If you are looking to give feedback on our new site, please send it along to feedback@globeandmail.com. If you want to write a letter to the editor, please forward to letters@globeandmail.com.
Comments