When it comes to losing weight, too often the results don't live up to expectations. You may have struggled – and failed – to achieve to your weight-loss goal, in spite of strictly following a calorie-reduced plan and working out five days a week. Or perhaps you've watched the pounds creep on gradually even though you haven't altered your habits.

If this sounds familiar, you're not alone. According to researchers from York University in Toronto and the University of Alberta, it's harder to lose weight today than it was 30 years ago. Factors that slide under the radar may be conspiring against you.

The study, published last month in the journal Obesity Research and Clinical Practice, analyzed dietary data of 36,377 U.S. adults collected between 1971 and 2008. Using a statistical model, the researchers determined what someone consuming identical numbers of calories would weigh in 1971 and in 2008.

The findings revealed that, given an identical calorie intake, a person would be 10-per-cent heavier today than three decades ago.

In other words, to lose weight today, you have to eat less and exercise more than your parents did.

The researchers used body mass index, or BMI, to assess body weight. (The BMI is a numerical value of your weight in relation to your height.) And although this study was conducted in a large representative sample of the U.S. population, there's no reason to think the results wouldn't apply to Canadians.

After all, we live similar lifestyles. And recent data suggest that, despite the expansion of our national waistline, our calorie intake hasn't increased over the past 30 years. In fact, figures from the Canadian Community Health Survey suggest that males ages 12 to 64 ate fewer calories in 2004 than they did in 1972. Yet obesity rates climbed over the same period.

It sounds counterintuitive. And disheartening. This new study challenges the notion that weight control is simply a matter of calories in versus calories out. Overeating and inactivity may not adequately explain the current obesity epidemic.

Our environment, one that's changed dramatically over the past 30 to 40 years, is thought to play havoc with body-weight regulation.

Constant exposure to low levels of environmental chemicals found in many foods and personal-care products (such as pesticides, growth hormones, plasticizers, flame retardants, heavy metals) is hypothesized to contribute to the obesity epidemic by interfering with hormones in the body and increasing fat stores.

Exposure to such environmental toxins in the womb is also believed to program the body's "set point" for gaining weight later in life.

Increased use of prescription drugs listing weight gain as a side effect – these include certain medications used to treat mood disorders, migraines, high blood pressure and diabetes – can also make it harder to control weight. While many such drugs are tied to only a modest increase in weight, their weight-promoting effects could be additive if taking multiple medications.

Our modern 24/7 lifestyle is thought to play a role in weight gain, too. Chronic stress and lack of sleep can cause elevated levels of cortisol, a stress hormone associated with abdominal fat gain and impaired blood-sugar control.

Eating a highly processed, low-fibre diet high in fat and refined carbohydrates may also predispose you to being heavy by disrupting the balance of the trillions of microbes living in your gut. Certain bacteria are more efficient at enabling the body to absorb calories.

What are the takeaways for so many North Americans struggling to maintain a healthy weight? First and foremost, the key to losing weight – and preventing weight gain – remains being vigilant about calorie intake and output.

You should also eat foods that fuel the growth of healthy gut bacteria, such as whole grains, fruit, vegetables, yogurt and kefir. While scientists are only beginning to understand how the wrong mix of microbes can set the stage for weight gain, eating a minimally processed diet offers health benefits beyond your gut.

But should you replace your medication with one that doesn't list weight gain as a side effect? That's a conversation to have with your doctor.

Some people are more susceptible to the influences of our modern environment and lifestyle on body weight. If you're eating the best diet you can and being physically active – and enjoying life – it may be time to set a more realistic weight goal, and to stop thinking you can be healthy only at a certain weight. 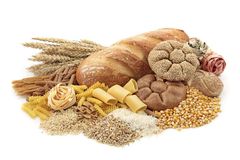 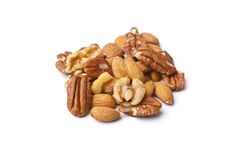