After a season of burgers, ice cream and summer cocktails, you might be weighing in a little heavier than you did 10 weeks ago. If you're determined to take those extra pounds off for good, you're more likely to succeed if, early on, you lose a similar amount of weight each week.

That's according to researchers from Drexel University in Philadelphia, who set out to determine if variability in weekly weight loss, early on in a program, predicts long-term weight loss.

The study, published this month in the journal Obesity, involved 183 overweight and obese adults, average age 51, who were recruited to participate in a one-year behavioural weight-loss program. Participants regularly attended 75-minute small-group sessions and were given goals including self-monitoring, calorie counting and increasing physical activity. Their weights were measured and analyzed weekly.

Dieters who experienced weight-loss variability early in the program – e.g., those who lost a few pounds one week, then gained some back the next, and then tried to lose more the following week – struggled to control their weight by the end of the program and one year afterward.

Participants who lost a similar amount of weight week after week – even if just one pound – were much more likely to have lost more weight long term.

It's possible that people who experience greater fluctuations in weekly weight loss use stricter, more rigid methods to lose weight. They experience a large drop in weight one week, which is followed by hunger and overeating – and weight regain – the next.

People who follow such an approach may not learn sustainable eating and exercise habits to help them maintain their weight loss over subsequent months. Losing weight consistently and slowly allows time to build new habits.

Or, it may be that some people, physiologically, are able to lose weight more consistently than others. Not seeing results, despite following recommendations consistently, may lead some dieters to feel frustrated and lose motivation, causing them to regain some weight.

The study has limitations, though. Most participants (81 per cent) were women, so whether similar results would hold up in a group of men isn't clear. (In this study, women were more consistent than men at losing weight, with less fluctuation week to week.)

As well, the research was observational so it does not prove that variation in early weight loss causes future weight struggles.

Even so, this isn't the first study to observe that success and consistency at the beginning of a weight-loss program predicts long-term success. I've certainly witnessed this in my private practice.

Losing weight steadily (and safely) requires a consistent approach, the same one that's necessary to maintain a weight loss. The following strategies will help keep you on track.

Plan meals in advance. To stay on track during a busy week, plan meals and snacks in advance. Batch cook on the weekend for quick and easy lunches and dinners. To prevent giving into temptation at restaurants, scan the online menu in advance to decide what you'll order.

Manage weekends. People who don't give themselves a day or two off to "cheat" are far more likely to keep unwanted pounds off. Once you start giving yourself a few breaks on the weekend, you're more likely to ease off on Friday and then Thursday. Meal times may vary on the weekend, but stick to the same balance and portion sizes at meals as you do during the week.

Be accountable. To keep you focused and motivated, have accountability systems in place. Track your food intake in a journal or an app such as MyFitness Pal or Lose It! If weekends are trouble spots, keeping a food journal is especially important. Weigh in weekly, or as often as it feels right for you. Take your measurements (waist, hips, chest) once a month.

Expect lapses. Perhaps you ate two servings of birthday cake instead of one. Or tucked into a bag of potato chips. Remind yourself that one lapse is not the ruin of all your hard work. Instead of berating yourself – which makes it harder to get right back on track – reflect on your progress so far and the healthy habits you have developed. Then, get back to your usual routine at the next meal, not Monday.

How to manage when work stress leads you to overeat
August 30, 2017 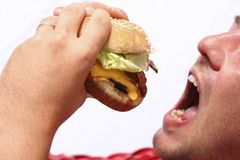 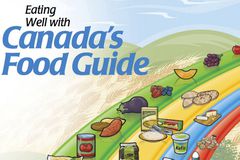