I've decided to give veggie burgers another chance. I gave up years ago after finding so many of them bland-tasting and dry.

Earlier this summer, though, I had one of the best meatless burgers I've ever tasted compliments of DMan's hamburger truck at Muskoka Brewery's 20th anniversary party in Bracebridge, Ont.

Flavourful and juicy, even my meat-loving husband enjoyed it.

Since then, I've been trying different store-bought brands and experimenting with homemade versions. And I will admit, many (but not all) veggie burgers are a far cry from the cardboard-like pucks I remember.

Meatless burgers are gaining popularity with people looking to eat more plant-based foods, foods that are packed with phytochemicals and fibre and have considerably less cholesterol-raising saturated fat than animal foods.

Food companies have picked up on the trend, offering a wider range of products in grocery stores. You'll find veggie burgers in the freezer aisle and also in the produce section alongside tofu and other veggie meats.

Restaurants are getting on board, too, adding soy and bean burgers to menus.

Meatless burgers run the gamut from those that try to mimic the taste, texture and appearance of traditional beef burgers to patties whose only burger-like trait is the ability to fit nicely on a bun, something that holds appeal for many vegetarians.

Meat-like veggie burgers are typically made with soy protein. Their high protein content makes them a good substitute for beef and turkey burgers.

Other veggie burgers are grain- and/or vegetable-based and have ingredients such as quinoa, millet, brown rice, beans, lentils, sunflower seeds, vegetables and seasonings.

Unlike soy-based burgers, you can't always count on these veggie burgers to deliver a hefty amount of protein, a consideration for vegans looking for plant protein. Some contain as few as 3 or 4 grams.

Grain- and vegetable-based veggie burgers are, however, a great source of fibre, something that's missing from their meat counterparts. Sunshine Burger's Black Bean South West veggie burger, for example, made from ground sunflower seeds, cooked brown rice, carrots and black beans, delivers 8 grams of fibre – one-third of a day's worth for women (20 per cent of a day's worth for men).

Where many veggie burgers fall down, though, is sodium content. Most brands reach 300 to 400 milligrams a patty, but some have much more.

President's Choice World's Best Meatless Burger, for example, clocks in at 750 milligrams. That's half a day's worth of salt before the bun. Add the bun and you're easily at 1000 mg of sodium.

Some brands are lighter in sodium. Sol Cuisine Original Burger has 220 mg and Tofurkey's Hearty Hemp burger has 175 mg.

The takeaway: You need to read nutrition labels to know what you're buying. Look for veggie burgers with no more than 350 milligrams of sodium.

Check protein, too, especially if you count on your veggie burger to be a decent source. Choose a burger that contains at least 12 grams. If it doesn't, consider adding another protein food to your meal such as bean or lentil salad, soy milk or, if you're not vegan, cheese or yogurt.

Most veggie burgers are very low in saturated fat with less than 2 grams a patty; their added fat comes from heart-healthy polyunsaturated oils such as canola or sunflower.

Hilary's veggie burgers have more saturated fat – 5 to 6 grams a burger – thanks to the addition of coconut oil. That's okay, though. Diets high in coconut oil do raise blood cholesterol, but not nearly to the same extent as butter. Coconut oil also seems to raise good HDL cholesterol.

Small veggie burgers that weigh in around 75 grams and deliver 100 to 150 calories each might not fill you up. If you eat two, you'll need to double the nutrition numbers.

If you overcook veggie burgers, you might not try them again. Cook times are short, usually no more than 4 to 5 minutes a side. (Read the manufacturer's cooking instructions.)

There's no need to thaw frozen veggie burgers; they can go directly from freezer to grill or non-stick skillet. Flip burgers only once during cooking to prevent them from falling apart. (Some grain- and vegetable-based patties don't hold up well on the grill.)

Serve veggie burgers on a whole wheat bun or in a pita pocket with all the fixings – lettuce, sliced tomato and onion, avocado, mustard and relish. Try tzatziki on lentil burgers and salsa on black-bean burgers.

Veggie burgers don't necessarily need a bun, especially grain-based burgers. Serve them on top of a bed of greens or with a side of cooked vegetables.

I'm guessing you won't mistake their taste for a char-broiled beef burger. But, if you're like me, you'll be surprised at how good some veggie burgers taste. 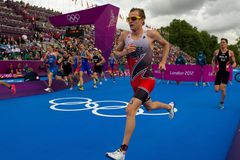 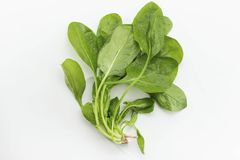 Free-range, organic, omega-3: What type of eggs should I buy?
July 10, 2016
Follow Leslie Beck on Twitter @lesliebeckrd
Report an error Editorial code of conduct
Due to technical reasons, we have temporarily removed commenting from our articles. We hope to have this fixed soon. Thank you for your patience. If you are looking to give feedback on our new site, please send it along to feedback@globeandmail.com. If you want to write a letter to the editor, please forward to letters@globeandmail.com.
Comments