Have you noticed how few people seem to die these days?

Despite an aging demographic, calls from the medical profession for political parties to enunciate their seniors strategies, an anticipated ruling from the Supreme Court of Canada on the constitutionality of the Criminal Code prohibition against assisted suicide and the implementation of Quebec's medical aid in dying legislation, Canadians have become increasingly prudish about the language of mortality.

Instead of dying, people "breathe their last" or "pass away" – most of them peacefully, often after a heroic struggle. Some of them just pass and they do it unexpectedly, which always reminds me of flatulence.

At a time when the inevitability of death – our parents, ourselves – confronts us as never before, we are camouflaging morbidity in clichés. We rarely speak directly to mourners of the death of a loved one, especially by name or relationship. Rather, we mumble the generic (and anonymous) chestnut: "I'm sorry for your loss," as though a car has been stolen. The deceased is no longer "survived by" next of kin; instead he or she "leaves" spouses, siblings and offspring behind like objects forgotten in a storage locker at a bus station.

Death today is like sex was for the Victorians. We know it occurs, we may even feel a prurient pleasure in hearing gruesome details, but most of us don't want to talk about the prospect of our own deaths or of those ahead of us in the trenches – and certainly not in public. In the last few days I have read about an octogenarian "who slipped away with the light in the late afternoon," a nonagenarian whose "peaceful passing into the spirit of the universe" was marked by "a glorious golden Southern California sunrise," and the disappearance of "the best and brightest star in the sky" with the death in a car accident of a high-tech entrepreneur.

The death notices are one thing – after all, family and friends are mourners, not writers, and they are paying good coin to announce the deaths of loved ones. But I can't help suspecting that far too often they allow their own words and judgments to be overridden by the smarmy templates of funeral directors. What bothers me more are the banalities creeping into news reports in print and broadcast media. The extensive coverage of the unexpected death of Canadian criminal lawyer Edward Greenspan is a recent example. He died in his sleep on Dec. 24, the last night of Hanukkah, on a family holiday in Arizona, after watching his grandchildren light the final candle of the menorah – a good, if untimely, demise, by my standards. I am sad for his family, his colleagues and all of us who respected his principled campaigns against the death penalty and on behalf of defendants who deserved a day in court no matter how heinous their alleged crimes. But what I also remember is Greenspan's precise and eloquent use of the language and so I cringed every time I heard or read that he had been "laid to rest" rather than buried.

Instead of bromides, we need to talk frankly about our universal and ultimate experience: Death. Will you join me in a collective resolution to rip the shroud off death imagery? When I wrote obituaries, I often found that the elderly and the infirm were eager to talk about their lives and their impending deaths. It was the people around them who were squeamish. Do your parents and grandparents a favour – ask them about their hopes and fears about dying, how they want their lives commemorated, discuss their wishes with doctors, lawyers and next of kin and put it down clearly and succinctly on a readily accessible document. And while you are at it, please give a thought to replacing language that is confusing or complicated, such as Do Not Resuscitate, with clear directions, such as Allow Natural Death. It is time to take death out of the closet and lay the platitudes to rest.Special to The Globe and Mail

What to expect when your parent is dying
January 1, 2015 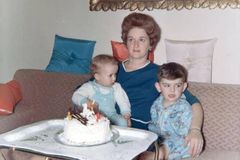 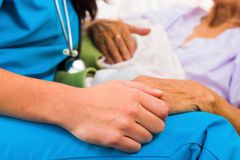