Aging is not for sissies, especially if it is accompanied by catastrophic and incapacitating disease. Most of us will stay the course, even if we don't agree with the idea that it is never undignified to stick it out.

Gillian Bennett, the Vancouver woman who chose to end her life before dementia turned her into "an empty husk," didn't strike me as undignified. She wanted to spark a public conversation about the right to die (deadatnoon.com), a pertinent topic, especially since next month the Supreme Court will hear on appeal the case of two B.C. women who challenged the constitutionality of the Criminal Code prohibition against assisting a suicide – an offence that carries a 14-year prison sentence.

Some suggest that because the chances of being charged, let alone imprisoned, are negligible, there's no real need to change the law. That's fine in theory but the reality can be far different. Ms. Bennett's husband, Jonathan, who was at her side when she died, called the family doctor who in turn called the RCMP, as the law demands.

It's not always so smooth. Michael Goodman, the elder son of Ruth Goodman, who ended her life last year at age 91, told me that he was afraid to be at his mother's deathbed because his presence would "speak to motive," as he was an heir to her modest estate.

The widow of a man I will call Max – fearful of further repercussions, she asked I withhold their names – described how his plans to die from an overdose were thwarted when two shipments of expensive barbiturates were confiscated, once by Mexican and then by Canadian customs. After Max, who was suffering from a horrendous genetic disease, succeeded in ending his life in 2012, the three individuals with him called police and "all hell broke out." With sirens blaring and lights blazing, the police took them in separate cars to the station, where they were interviewed for five hours before being released. The condo where Max died was cordoned off for three days, leaving his wife, the chief mourner, homeless. Several neighbours were interviewed before the police finally closed the investigation four months later. As a final affront, their home was stigmatized as a death scene and a real estate deal fell apart.

Having the death you want, without implicating your family, requires careful planning and secrecy. "I do not know how she got the nembutol," Mr. Bennett told reporters about the fatal dose his wife imbibed.

Like Ms. Bennett, Ms. Goodman took care of the details. That's one of the reasons her younger son, Dean, believes his mother lived into her 90s even with a series of debilitating illnesses. "Once she had the drugs," he said, she "knew there was a way out for her at the time of her choosing." Nevertheless, her witnesses expected to be charged by the police. They weren't, probably because she had a how-to manual along with her suicide note beside her bed and she had talked repeatedly with family and friends about her wishes. The decision and the timing "should not be a surprise to anyone," Mr. Goodman advises.

"Say nothing. Do not make a statement to the police," was the warning Max's wife was given before her husband's suicide. Do not have an incriminating purchase on your credit card or your fingerprints on any equipment that may have been used in the death. Be prepared to be out of your house for hours or days, so have a small bag packed by the front door with all your contact information.

As she talked about the hard lessons she was forced to learn, Max's widow, who said she was prepared to let her husband die "because I loved him," was still visibly shaken by the consequences. It had made her husband's death even more devastating.

That's where hard reality butts up against legal theory. Trying to get away with end runs against the existing law is not progress. We need a new law that protects victims and offers regulated and safe end-of-life choices. 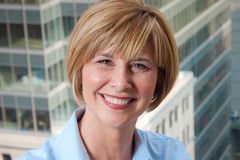 Kim’s Choice: Inside one woman’s decision to starve herself to death
July 15, 2020
Quebec first province to adopt right-to-die legislation
June 5, 2014