If serotonin is the "happy chemical," then boosting our serotonin levels should keep depression at bay. After all, low serotonin brings on the blues, right?

But the truth is, depression is not a serotonin deficiency. The idea that depression is caused by low serotonin levels is based on flimsy evidence dating to the 1950s. Pharmaceutical companies promoted the low serotonin story to sell Prozac and related antidepressants. They marketed a myth.

Today, the serotonin fallacy is as ingrained as the notion that drinking orange juice wards off a cold. Many of us still believe we are raising our serotonin levels to lift depression using wildly popular drugs known as selective serotonin re-uptake inhibitors, or SSRIS. But psychiatrists now say it is unlikely these drugs treat depression by simply increasing serotonin. While antidepressants help many patients, researchers have only a hazy idea of how they work.

The consensus is that depression is a complex disorder with hundreds of potential underlying causes, said Dr. Roger McIntyre, head of the mood disorders psychopharmacology unit at the University Health Network in Toronto. "There's really no scientific case to say that people who have depression have a deficiency in body and brain serotonin levels."

The medical journal BMJ put the spotlight on the low serotonin doctrine in a recent editorial published in April and written by Dr. David Healy, a professor of psychiatry at Bangor University in Wales.

Blockbuster sales of antidepressants such as Prozac are based on the marketing of the serotonin myth, Healy wrote. He added that pharmaceutical companies misled the public into putting too much faith in SSRIs.

Many of his peers suggest that Healy is not a respected figure in psychiatry, in part because of his stance that older tricyclic antidepressants are better than today's Prozac-type drugs. His colleagues maintain that SSRIs are safer if taken in overdose than older antidepressants, and caution that patients should not switch medications based on Healy's views.

The serotonin system regulates aspects of behaviour, thought processes and mood. But it also interacts with other brain systems that may be involved in depression.

Modern antidepressants block the re-absorption of serotonin in the brain. When researchers discovered that SSRIs helped depression in some patients, they concluded that low serotonin must be the cause of the disorder. But the assumption was no more valid than the notion that "having a headache means that your Tylenol levels are low," McIntyre said.

McIntyre described psychiatrists as being "guilty of exuberance" when they framed depression as a low serotonin problem.

But others, including Healy, point fingers at the pharmaceutical industry. Starting in the late 1980s, Prozac and other "miracle pills" promised to treat serotonin deficiency as easily as vitamin C cures scurvy.

Marketing materials for the new antidepressants presented the unproven low serotonin hypothesis as fact, according to a 2005 study in the journal PLOS One.

For example, on a branded website for an antidepressant called Celexa, the FAQ section claimed that "Celexa helps to restore the brain's chemical balance by increasing the supply of a chemical messenger in the brain called serotonin."

Doctors adopted the low serotonin story as "an easy shorthand" for explaining depression to their patients, Healy wrote. Patients were receptive to SSRIs because the idea of correcting a chemical imbalance reduced the stigma of mental illness.

Treating depression with Prozac was reportedly a cinch. "You can teach a chimpanzee to prescribe it," a psychopharmacologist was quoted as saying in a 1989 New York magazine cover story entitled Bye-Bye Blues: A New Wonder Drug for Depression.

But the hype did not prepare patients for side effects ranging from nausea and anxiety to suicidal thoughts – or the strong chance that SSRIs might not relieve their suffering.

Two out of three patients with depression either do not respond to SSRIs, or get only partial relief on SSRIs and other antidepressants, according to findings from STAR*D, the largest clinical trial study of depression medications. Completed in 2006, the trial was funded by the U.S. National Institute of Mental Health.

When SSRIs work, improvements in depression may be due to direct action on the serotonin system, or downstream effects of serotonin on other systems.

For example, severe depression is a side effect of interferon, a drug prescribed to spur the immune system in patients with skin cancer and Hepatitis C. Studies have shown that preventive treatment with SSRIs greatly reduces the risk of depression in patients on interferon. Based on these findings, "clearly the serotonin drugs have indirect effects on the immune-inflammatory system," McIntyre said.

The fact remains that not all patients benefit from taking SSRIs. Thus, the logical conclusion is that the right treatment depends on the individual cause of the patient's depression, McIntyre said. Depression is an illness of the brain – "by far the most complicated organ in the human body," he pointed out.

Treating depression may never be as simple as prescribing insulin for diabetes or ibuprofen for fever. And despite what pharmaceutical marketing may say, no single pill can cure this ill.

The marketing of antidepressants is worth a second look, since history tends to repeat itself.

Right now, the top-selling drug in the United States ranked by sales is Abilify, a powerful antipsychotic. Sales took off in 2007 when the drug was approved as an add-on treatment for depression in patients who do not get adequate relief from taking an antidepressant alone. (Canada approved this use in 2013.) By March, 2014, annual sales of Abilify topped $6-billion.

U.S. advertisements for Abilify say the drug works "like a thermostat to restore balance." But the drug's product insert acknowledges that the mechanism of action "is unknown." As with antidepressants, researchers have no idea how Abilify works.

In fact, psychiatrists are just beginning to understand what causes depression and why medications work for some patients, and not others.

Some researchers hypothesize that depression is due to a dysfunctional glutamate system. Disruptions in this fast-acting signalling system may alter neuroplasticity, the brain's ability to change and adapt in response to stress and other events. Reduced plasticity may lead to depression.

A second theory, known as the metabolic hypothesis, suggests that insulin, like glutamate, facilitates brain plasticity. Depression may occur when brain regions do not make enough insulin or cannot respond to insulin properly.

Other researchers are testing the immune-inflammatory hypothesis – the idea that depression is caused by inflammation due to an overworked immune system.

Another line of thinking, known as the bio-energetic hypothesis, suggests that tiny powerhouses within brain cells may not be producing or disposing of energy and energy byproducts properly. This may lead to destruction of brain cells, and consequently, depression.

All are "very active" areas of research, McIntyre said, "and they are not mutually exclusive." 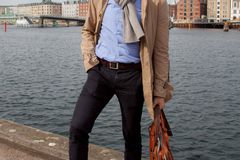 Why moody women would be better off not suppressing their feelings
March 24, 2015 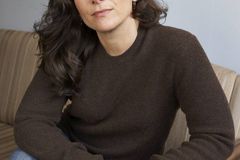