In 2008, the New Brunswick government introduced legislation legalizing midwifery. Two years later, it got around to adopting regulations to bring the law to life, at least in theory.

In 2013, the province does not have a single midwife, and it has just disbanded the midwifery licensing body to save money (a whopping $10,000) – meaning no midwives for the foreseeable future.

It is a story emblematic of much policy-making in Canadian health care: Good intentions that lack proper follow-up become bogged down in bureaucracy, then get lost to indifference – and, for good measure, absolutely no accountability for the complete botching of a simple and necessary initiative.

It is also a striking example of the reluctance in Canadian health care to do anything differently no matter how untenable the status quo.

Canada had 381,598 births last year. The overwhelming majority, 98.5 per cent, took place in a hospital. In fact, childbirth is the No. 1 cause of hospital admission in Canada.

Does this make any sense, medically, financially or practically? Pregnancy is not a disease, nor is childbirth a surgical procedure that requires medical intervention – except in a few cases.

About one in five babies are delivered by Cesarean section, and that rate varies a lot by region and by hospital, which suggests it is probably too high. In addition, about one in 10 vaginal births are "assisted" – meaning instruments such as obstetric forceps and suction extractors are used, or that labour is induced using drugs. Again, it is debatable whether these interventions are always necessary.

Putting the discussions of interventions for "high-risk" births aside, it remains that two-thirds of births are "spontaneous vaginal deliveries" – to use the medical terminology.

Is there any reason that these 250,000 or so births a year should take place in hospital? Provinces have, to varying degrees, invested in alternatives such as birthing centres, but no jurisdiction has made any serious efforts to get childbirth out of hospitals.

Aside from where births are taking place, we need to take a serious look at who is involved. Stated plainly: Do the vast majority of births really require the presence of a doctor?

There are about 900 midwives in Canada and 100 graduate from midwifery programs annually.

All provinces and territories – with the exception of New Brunswick, Prince Edward Island, Newfoundland and Labrador, and Yukon – have licensed, practising midwives.

But regulation does not necessarily mean that medicare pays for the care provided by midwives. In many cases, the services must be paid out-of-pocket, making midwives a luxury for comfortable, middle-class urbanites.

Midwives are not new to the health system: Ontario and Alberta started regulating midwifery in 1994, back when there were significant health cuts and provinces were looking for ways to save money – such as turning over "routine" births to midwives.

Yet, to this day, midwives are underused and misused.

Virtually every baby in this country is still delivered by a physician, either a specialist obstetrician-gynecologist or a general practitioner. (And, yes, everyone has a story about a baby being delivered by a nurse, but when a birth occurs in a hospital, a physician is essentially in charge and billing for the service.)

Fewer than 5 per cent of births involve a midwife. Yet, even that number overstates their role, because few can actually work independently.

The rules vary from province to province, but in most cases, midwives must work under the supervision of a physician, or as part of a team.

Childbirth is a common, well-remunerated intervention, and doctors have protected their turf vigorously.

Instead of substituting midwives for physicians at deliveries and reaping the savings that would come from doing so, we have actually added a layer of costs.

And the solution to that is not to eliminate midwifery – it is to expand it, and get most births out of hospitals and out of the hands of physicians.

Why our state of health in later life may be set before birth
July 10, 2013 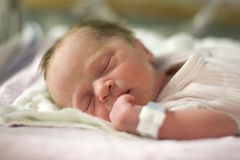 Canada's only registered male midwife knew his calling all along
May 16, 2012 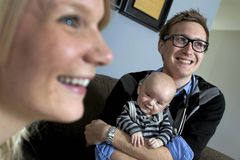