The single most effective way to reduce smoking – along with the millions of deaths it causes – is to dramatically increase the price of cigarettes.

That is the conclusion of a new study that calls for a tripling of tobacco taxes and a doubling of the price of a pack of cigarettes in much of the world.

The World Health Organization has set a goal of reducing the prevalence of smoking by one-third by 2025, an objective endorsed by most countries, including Canada.

"If the world is serious about knocking down consumption by one-third, the only way to get there is significant increases in taxes," Dr. Prabhat Jah, director of the Centre for Global Health Research at St. Michael's Hospital in Toronto, said in an interview.

In a paper published in Thursday's edition of the New England Journal of Medicine, the researcher calculates cutting smoking would have an enormous impact, preventing 200 million smoking-related deaths this century. (Roughly 100 million people died of tobacco-related causes in the 20th century, and that is expected to soar to one billion in the 21st century if current smoking patterns continue.)

"With higher taxes, you will see health benefits in both the short-term and the long-term," Dr. Jha said.

The principal differences is that in high-income countries, 50 to 60 per cent of the retail price of cigarettes is comprised of taxes, while in low– and middle-income countries it is typically 30 to 40 per cent.

Sir Richard Peto, co-director of the clinical trial service unit at the University of Oxford in Oxford, U.K., and co-author of the study said there's an "urgent need" for governments to find a way to stop people starting and to help smokers give up.

"Worldwide, around a half-billion children and adults under the age of 35 are already – or soon will be – smokers and many will be hooked for life," he said. "This study demonstrates tobacco taxes are a hugely powerful lever."

Mr. Peto said tobacco taxes – in conjunction with other public health measures like bans on advertising, smoke-free laws and plain packaging – produce a "triple win": They induce smokers to quit or cut back, discourage new smokers from starting, and increase government income, (money that can be finance the public health measures).

Currently about $300-billion (U.S.) is raised worldwide in tobacco taxes. Tripling excise taxes, as the researchers recommend, would yield another $100-billion (U.S.), even after reduced sales.

The principal argument against higher tobacco taxes is that price hikes fuel the sale of contraband. About 10 per cent of cigarettes manufactured worldwide are smuggled and largely tax-free.

Dr. Jha said smuggling is indeed a problem but the answer is to go after smugglers, not make cigarettes cheaper.

He cited the example of Canada which, plagued by smuggling (which was actually organized by tobacco manufacturers) in the early 2000s, slashed tobacco taxes. The result was that consumption of cigarettes (both legal and contraband) went up and tobacco taxes fell by one-third. By contrast, Spain raised taxes and aggressively pursued smugglers and there consumption fell and taxes increased.

"The problem is that many countries take taxation advice from the tobacco industry," Dr. Jha said. "Finance minister should be listening to public health officials instead."

About six million people a year die from tobacco-related causes annually, according to the World Health Organization. That includes 5.4 million smokers and 600,000 people who are sickened by second-hand smoke. 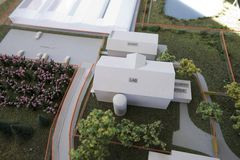 Nine charged in major Ontario tobacco smuggling ring
December 16, 2013
Follow André Picard on Twitter @picardonhealth
Report an error Editorial code of conduct
Due to technical reasons, we have temporarily removed commenting from our articles. We hope to have this fixed soon. Thank you for your patience. If you are looking to give feedback on our new site, please send it along to feedback@globeandmail.com. If you want to write a letter to the editor, please forward to letters@globeandmail.com.
Comments