Judith Morley was looking forward to a relaxing holiday with her sister, sea kayaking and whale watching in Mexico.

The 59-year-old from Thornhill, Ont., had good reason to celebrate. She had recently received a clean bill of health from her cancer doctors at Sunnybrook Health Sciences Centre in Toronto. But on the southbound flight last year, Morley began to experience an excruciating pain in her belly. The plane made an emergency landing and she was rushed to a private Mexican medical clinic.

Morley told the doctors that she had been treated for colorectal cancer – and that set off the alarm bells. "The more I told them about my medical history, the more off-target I thought they were getting," she said.

So she offered to show the doctors her medical records which were available online through a unique Sunnybrook program called MyChart. By simply Googling MyChart, and plugging in Morley's name and password, they had complete access to all her diagnostic scans, surgery results and medical progress reports.

After reviewing the data, plus an e-mail from her Toronto surgeon, the Mexican physicians got on the right track. Further tests revealed Morley was suffering from a bowel obstruction. The condition cleared up on its own in about a week and she returned home to Canada, feeling a bit worse for wear.

MyChart is the wave of the future. When patients have electronic access to their medical records they can take greater control of their own health care. Whereas some much larger e-health initiatives, particularly in Ontario, have been plagued with difficulties and cost overruns, this local project has been a success.

Sunnybrook is a pioneer in the field – with the focus placed on the patients themselves. Indeed, a decade ago, most health-care providers were primarily interested in developing electronic systems that would permit the easy transfer of patient records between hospital departments or to other medical institutions.

"We chose to embrace the needs of the patients," explained Sarina Cheng, director of health data resources, eHealth strategies and operations at Sunnybrook. In 2005, the hospital, using in-house resources and "no big budgets," developed the MyChart prototype, which gives patients a way to view their hospital medical records from any computer.

Patients have the ability to share the data with others, such as other physicians, family members or caregivers. That means it's easy for patients to seek a second medical opinion. And its ease of access can come in handy when a medical emergency lands a patient in a foreign hospital – as happened to Morley.

Dr. Calvin Law, a cancer surgeon at Sunnybrook, noted there were initially some concerns that direct access to medical records would cause confusion or increase anxiety among patients. Instead, MyChart has led to better-informed patients, he said.

Doctors normally have a limited amount time to spend with each patient. During these relatively brief appointments, patients may not comprehend or remember everything they are told. By being able to review their doctor's notes, patients gain a greater understanding of their condition. And if a doctor's notes contain medical terminology or information that patients don't understand, they can raise questions at their next appointment.

"It empowers the patients so much more – like we are in it together. And it is a whole new way of doing medicine," said Law.

Patients can see when their test results have been completed and can then initiate a follow-up appointment. And when several doctors are given access to the patients records, there is less of a chance that tests will be duplicated. So MyChart has the potential to speed up treatment, while saving the health-care system money.

Of course, not all patients want to know their medical details – or are in a mental state to comprehend them. Morley recalls she was in shock immediately following her diagnosis of colorectal cancer. "I understood nothing for the first six or nine months." MyChart, however, proved to be extremely helpful to her husband and sister who were providing backup support.

MyChart also includes a section where patients can enter their own information so they can record their symptoms or keep track of other factors that could have an effect on their health or their course of treatment.

Sunnybrook recently made changes so that its system could be adopted by other health-care institutions and physician offices, raising the possibility of expanding into a wider network.

Toronto's Central Community Care Access Centre, which co-ordinates home care and other health services, is about to go live with MyChart.

And Baycrest, a Toronto facility that specializes in care for the elderly, is offering MyChart to its patients as part of a pilot project this fall. "If we have people with medical emergencies, we send them to Sunnybrook," said Terrie Tucker, director of eHealth at Baycrest. "So it really is in the best interest of the patients if we are all using the same system."

There are currently 20,000 patients using MyChart. "It will move quickly into the hundreds of thousands," predicted Cheng. "We have achieved much more than provide 'access' to information. We made it possible for the patients to create their own private health networks. They can invite others in as they choose." It's not just doctors and family members who can be linked in, but also physiotherapists, dietitians, pharmacies and personal fitness trainers, among others.

"MyChart has filled a huge gap. It's made a difference for our patients and their families," said Cheng. 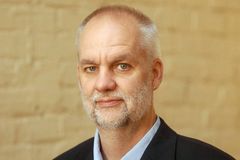 Universal health care matters, but so does quality
July 14, 2010
For health's sake, trash those paper records
June 19, 2007
Follow us on Twitter @globeandmail Opens in a new window
Report an error Editorial code of conduct
Due to technical reasons, we have temporarily removed commenting from our articles. We hope to have this fixed soon. Thank you for your patience. If you are looking to give feedback on our new site, please send it along to feedback@globeandmail.com. If you want to write a letter to the editor, please forward to letters@globeandmail.com.
Comments