An infant abducted from a hospital. Surgery performed on the wrong side of the body. A patient dying because no one asked about his or her allergies.

Those are examples of "never events" – the kinds of medical errors or in-hospital occurrences that should never occur in Canadian health-care institutions, according to a coalition of organizations working to put the issue of patient safety front and centre across the country.

On Friday, Health Quality Ontario and the Canadian Patient Safety Institute released Never Events for Hospital Care in Canada, a report that represents the first national consensus document on a list of events that health care institutions must work to eliminate. The report was put together with input from a variety of health quality organizations known collectively as the Never Events Action Team. The document includes a list of 15 "never events" and guidance on how institutions can prevent such occurrences and shift the culture to become more open and willing to report mistakes and problems.

"We've got to set the context that this is not a witch hunt," said Dr. Joshua Tepper, president and CEO of Health Quality Ontario. "This is actually about committing to better safety."

Other "never events" named in the document include patient suicide or attempted suicide, an unintended foreign object left in a patient after surgery and the wrong tissue, biological implant or blood product administered to a patient. It's unclear how common such occurrences are right now in Canada and one of the objectives is to develop better reporting systems to determine where the problems are and how to fix them, Tepper said.

Last year, a 20-year-old Brampton, Ont., man killed himself while under suicide watch at the Brampton Civic Hospital. A 2013 report from the Institute for Safe Medication Practices Canada found that from October, 2011, to December, 2012, 36 patients experienced serious adverse events, including 10 deaths, because of medication errors. In 2004, a major study found that as many as 70,000 preventable adverse events occur in Canadian hospitals each year. Many reports on medical errors note that problems are allowed to persist in part because of a culture of secrecy in many health-care organizations.

While the new guidelines aren't binding, Tepper said they will continue working with organizations across the country and have "feet on the ground" to help ensure the report is implemented in day-to-day hospital life.

Chris Power, CEO of the Canadian Patient Safety Institute, said the focus will be on raising awareness among health-care organizations and pushing them to implement strategies to reduce "never events" and learn from mistakes when they happen.

"We don't have any stick, so we can't make this happen for sure," she said. "We will have conversations with governments and with health-care organizations and hopefully start to work with them to make sure they have the processes in place."

Nova Scotia and Saskatchewan have already created their own versions of a "never events" system. And similar initiatives have already been rolled out in countries such as the United States and Britain in order to help ensure health professionals are more vigilant about preventing errors and transparent when problems do occur, Tepper said.

The development of a Canadian "never events" report reflects a growing shift in health care toward improving patient safety and reducing medical errors. Earlier this year, Dr. Peter Pisters, head of the University Health Network, a group of four major health-care centres in Toronto, told staff at the annual general meeting that reducing medical errors will be a key focus during his tenure at the organization. And increasingly, health experts and patient safety groups are pushing hospitals to become more open about reporting and publicly disclosing preventable errors.

"Patients and consumers are starting to demand that," Power said. "It will be up to organizations to sign on." 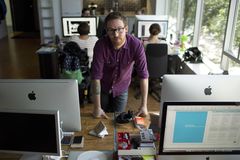 Thousands of medical scans to be reviewed after Niagara radiologist’s mistake
June 23, 2015 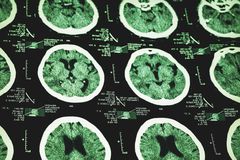