Is the vitamin D miracle just a hoax?

Many scientific experts are asking that question as the number of studies casting doubt on the ability of vitamin D to help prevent cancer, multiple sclerosis, heart disease and other maladies, continues to grow.

The latest setback on the vitamin D theory is a major study published Thursday in the journal the Lancet Diabetes & Endocrinology. In it, researchers did a comprehensive review of more than three dozen randomized controlled trials that studied the health impacts of vitamin D supplementation. They found that vitamin D supplementation with or without calcium doesn't seem to play a significant role in serious conditions.

"So there seems little justification currently for prescribing vitamin D to prevent heart attack, stroke, cancer, or fractures in otherwise healthy people living in the community," Mark Bolland, senior research fellow in the department of medicine at the University of Auckland and lead study author, said in an e-mail. The study was funded by the Health Research Council of New Zealand.

The idea vitamin D may be a cure-all for a wide array of diseases and disorders has been around for decades. Some researchers noticed that people in northern climates seemed to have higher rates of colon cancer than those living in more southern areas. They hypothesized that exposure to sunlight could be the explanation. People aren't able to produce vitamin D themselves, but we do make it when exposed to ultraviolet rays. The thinking is that in countries such as Canada, where exposure to sunlight drops during cold months, people may not be getting enough vitamin D and may become more vulnerable to certain diseases.

The popularity of this theory exploded in the past decade after published studies seemed to indicate that high levels of vitamin D could protect against deadly cancers, autoimmune diseases such as multiple sclerosis, osteoporosis and other conditions. Media outlets around the world picked up the story and soon, vitamin D became the darling of health food stores and became a medicine cabinet staple in many homes across the country.

Despite the excitement, some scientific researchers and public health officials warned that more rigorous studies were needed to confirm whether vitamin D is the real deal. And more recently, several studies have some convinced the theory is simply too good to be true.

Last year, for instance, the Lancet published an analysis of vitamin D studies conducted by Bolland and colleagues that concluded it doesn't reduce the risk of osteoporosis. Another study published in December by French researchers in the Lancet Diabetes & Endocrinology reviewed several high-quality trials and found vitamin D doesn't appear to lower disease rates.

Many of the studies that found vitamin D to be beneficial to health were observational. That means researchers followed a group of people and observed what happens to them. The problem is that it's very difficult to draw accurate conclusions from these studies. In other words, it's inaccurate to conclude that people are healthier as a result of vitamin D supplements. It's just as likely that people who take vitamin D supplements are more likely to diet and exercise.

Randomized controlled trials, on the other hand, typically involve finding two similar groups of people, giving one a treatment and the other a placebo and watching the outcome.

"It's a bit sad to see such a strong impact driven by influential opinion leaders," Karl Michaëlsson, who wrote a commentary published with the new research and is based at Uppsala University in Sweden, said in an e-mail. "The vast majority of vitamin D supplement users [don't] seem to have a benefit from the supplementation. Vitamin D has, however, been promoted with an over-simplified message as a sunshine vitamin with several beneficial effects and without risks."

So should we close the book on vitamin D?

In 2010, the Institute of Medicine – a prestigious group of scientists that helps guide health policy in Canada and the U.S. – published a comprehensive report on the current evidence around vitamin D. It concluded that the evidence "does not support" the idea that it can prevent cancer, reduce the risk of heart disease, diabetes or other health problems.

The hype around vitamin D comes from "studies that provided often mixed and inconclusive results and could not be considered reliable," the institute said in its report.

But the U.S. National Cancer Institute noted that it is actually quite difficult to conduct accurate studies of the role vitamin D plays in cancer. Studying a person's blood vitamin levels at a single point in time, as many studies do, may not give an accurate picture of his or her true levels, for instance. And some studies may not use high enough doses of the vitamin required to see a benefit.

Health Canada currently recommends that children and adults up to age 70 take 600 IU a day, with an upper limit of 4,000 IU. Everyone over age 50 should take a vitamin D supplement of 400 IU. The department also says healthy breastfed infants should have a daily 400 IU vitamin D supplement. Taking too much vitamin D could lead to adverse consequences, such as kidney stones. Why this woman is choosing food over supplements to deal with osteoporosis
November 24, 2013 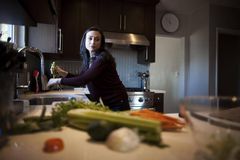 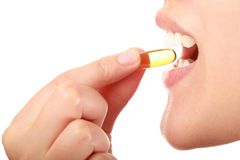 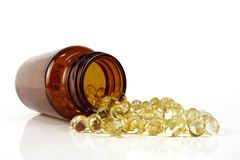