The war against drug-resistant superbugs has been a losing battle, with scientists failing to develop any successful new antibiotics in the past three decades.

But now a team of U.S. researchers believe they are on the verge of developing a novel weapon against swiftly mutating pathogens after they discovered a new antibiotic in the soil that appears, at least in early experiments, to be an effective and enduring killer of resistant strains.

The antibiotic, which the scientists have dubbed teixobactin, is promising not only for its potential to fend off new, more dangerous versions of old bugs, but also because of the innovative way it was cultivated. Teixobactin was derived from a bacterium grown directly in the soil, not in a petri dish like traditional antibiotics.

Fewer than 1 per cent of microbial species that exist in the environment grow well in a lab, an obstacle that has contributed to a drought in new breakthroughs since the heyday of antibiotic discovery in the 1950s and 1960s.

This approach of screening for compounds grown in their natural environments could allow scientists to search for new antibiotics in microbe-rich environments from the Amazon to Alberta's oil sands, according to John Conly, the director of the Centre for Antimicrobial Resistance at the University of Calgary.

"I think it's a very significant discovery and actually may herald a whole new interest area in looking at natural product screens for new antimicrobial agents," said Dr. Conly, who was not involved in the teixobactin research, which was published Wednesday in the journal Nature.

Teixobactin still faces plenty of hurdles on its way to the shelves of drug stores and hospitals. Human trials are at least two years away, and one of the co-discoverers estimated it would cost "in the low $100-millions" to develop a teixobactin drug over the course of five or six years.

Still, in a Nature commentary accompanying the research paper, Gerard Wright, the scientific director of the Michael G. DeGroote Institute for Infectious Disease Research at McMaster University in Hamilton, heralded the new antibiotic and the method by which it was discovered as a breakthrough that "offers hope that innovation and creativity can combine to solve the antibiotic crisis."

The scientists from Boston's Northeastern University who isolated teixobactin did so by first inventing a contraption called an iChip that looks like a small, square ice-cube tray. They took samples of soil, diluted them, sandwiched them between two semi-permeable membranes and buried the device in the soil from which the sample was drawn.

"Essentially, we're tricking the bacteria. They don't know that something happened to them because everything diffuses through this chamber," said Kim Lewis, director of the Antimicrobial Discovery Center at Northeastern University and co-founder of NovoBiotic Pharmaceuticals, the startup that is developing teixobactin. "Apparently the bottleneck in growing uncultured bacteria is to achieve that first colony. Once that happens, they become domesticated."

In the lab, teixobactin was effective at combatting some notoriously difficult bacteria, including clostridium difficile, which causes diarrhea and intestinal troubles, and mycobacterium tuberculosis, which causes most cases of TB.

The researchers infected mice with methicillin-resistant Staphylococcus aureus, a drug-resistant bacterium better known as MRSA, at a dose that should have killed 90 per cent of them. All the rodents lived when treated with intravenous teixobactin.

Both Dr. Wright and Dr. Conly cast doubt on the researchers' contention that resistance to teixobactin was unlikely to develop.

"I'm of the mind that there's no such thing as an irresistible antibiotic," Dr. Wright said. "But there are antibiotics for which it's really hard to get resistance, and this is one of them."

Superbugs: Why they’re dangerous, where they are and how they spread
January 31, 2014
B.C. microbiologist calls for better superbug alert system
February 6, 2014 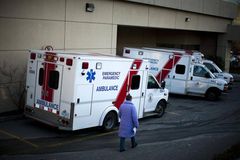 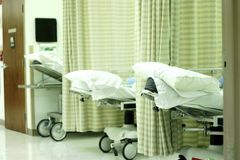 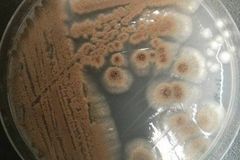