Kids are home sick and co-workers are down for the count. Yep, it's peak season for the norovirus, formerly known as "winter vomiting disease."

For parents of school-aged children, it's an all-too-familiar scourge: 24 to 72 hours of "stomach flu," with possible fever, chills, headache and fatigue.

By the time the norovirus winds down in April, in a typical year, Canadians will have suffered through 300 to 400 outbreaks, the Public Health Agency of Canada reports. Only the common cold occurs more often.

Related: Canadian researchers are one step closer to making a universal flu vaccine a reality

After losing her son to the flu, mother launches campaign promoting vaccine

On the plus side, norovirus infections are rarely serious (other than the risk of dehydration from all that vomiting and diarrhea). And hope is on the horizon. Last year, after 48 years of trying, scientists managed to culture the virus in a petri dish for the first time, effectively removing the single-greatest barrier to norovirus research.

To catch up with the science, The Globe and Mail spoke with Dr. Christine Moe, a professor of public health at Emory University in Atlanta, Ga., who has studied the norovirus for 25 years.

Here are five things to know about this nasty bug.

1. "Norovirus" is shorthand for many shades of misery. Also known as the Norwalk virus, the species got its name from a 1968 outbreak of vomiting and diarrhea at a school in Norwalk, Ohio. But there are several hundred strains, Moe points out, including the "Snow Mountain" (named after an outbreak at a ski resort), "Southampton" and "Desert Shield." Some people may be contagious for as long as two weeks after recovery. And once infected, all you can do is rest, drink plenty of fluids and let the illness run its course.

2. It's a stealth agent. Unlike many viruses, including HIV, just a few norovirus particles on the hand are enough to infect someone once the virus has entered the digestive tract through the mouth. "This is probably the most infectious group of viruses that has ever been described," Moe says. It's the viral equivalent of a supervillain, able to survive freezing, heating up to 60 degrees, and disinfectants ranging from hand sanitizers to antibacterial cleaners. Its kryptonite? Household bleach. (The U.S. Centers for Disease Control and Prevention recommend cleaning surfaces with a mixture of 5 to 25 tablespoons of household bleach per gallon of water.) Needless to say, home remedies, such as guzzling grape juice, cannot stop this wily pathogen in its tracks.

3. Your blood type may affect your chances of getting infected, but the link is too complex to help most of us. More than a decade ago, researchers got excited with the discovery that people with blood types B and AB were at decreased risk of infection. But it turned out that protection against the virus depended on whether individuals carried genetic mutations that prevented them from secreting their blood type antigens (which trigger an immune response) into their bodily fluids. And this defence was limited to the Norwalk strain. In other words, "you may have genetic immunity to one strain but be completely vulnerable to a different one," Moe says.

4. Frequent hand-washing is the best weapon. Warm tap water may not kill the virus, but soap loosens up dirt and oils that help it adhere to hands, while vigorous washing helps to rub it away. Researchers have compared pathogen residue on hands after hand-washing and the use of hand sanitizers. The virus is "clearly resistant" to alcohol-based products, Moe says. "We think it's the actual physical friction that does the job."

5. There is no vaccine, but researchers are working on it. The new technique for culturing the norovirus in the lab, developed by Dr. Mary Estes and colleagues at Baylor College of Medicine in Houston, Tex., has paved the way for scientists to develop better disinfectants and hand-sanitizing products, Moe says. The discovery should speed the efforts of pharmaceutical companies at work on a vaccine to protect against the dominant strains, she adds: "It's about in the 10-year time frame."

Everything you need to know about this year’s flu season
January 5, 2017 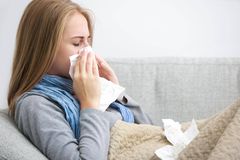 Canadian researchers are one step closer to making a universal flu vaccine a reality
November 20, 2016 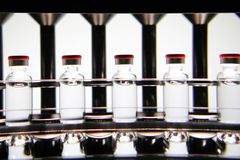 What foods should I eat when I catch a cold or fever?
November 7, 2016
Follow Adriana Barton on Twitter @AdrianaBarton
Report an error Editorial code of conduct
Due to technical reasons, we have temporarily removed commenting from our articles. We hope to have this fixed soon. Thank you for your patience. If you are looking to give feedback on our new site, please send it along to feedback@globeandmail.com. If you want to write a letter to the editor, please forward to letters@globeandmail.com.
Comments