Alberta has just become the latest province to announce it will dramatically increase the number of nurse-practitioners. It is a small announcement with big implications. NPs are, hands-down, the fastest-growing health profession, with a 25 per cent increase in their numbers in the last year alone.

But NPs – registered nurses with additional, master's-level training that allows them to diagnose patients, provide some forms of treatment, refer patients to testing and prescribe some medications – are still a tiny part of the health human resources puzzle.

Alberta, example, will increase its NP work force from 315 to 600 or so in the next few years. It's not a dramatic shift but the jump in NP numbers is an encouraging trend because it's an indication that governments are finally beginning to take Canada's primary care problem seriously.

Let's not forget, however, that governments were first enamoured with NPs decades ago. In the late 1960s, they were seen as the solution to the lack of health care in the Far North. A perceived surplus of doctors and a failure to adjust legislation to allow NPs to practice fully, however, led to stagnation. The only place they really flourished was in northern clinics and Ontario's Community Care Access centres.

Now, there is renewed interest in NPs due to a perceived shortage of doctors and a desire to save money. Policy-makers need to remain focused and remember the real goal is to improve primary care.

Primary care is the jargon-ish term used to describe the first point of contact a person has with the health system – in other words, where do you go when you're not feeling well?

Traditionally, this first point of contact has been the family doctor, usually working in solo practice. That was a workable model when most health concerns were acute in nature – treating the symptoms of an infectious disease or dealing with a specific medical issue like an ulcer or a cut that needs stitching.

But solo practitioners can no longer keep pace with the demands and complexities of the modern patient, many of whom have chronic illnesses such as diabetes, cardiovascular disease or chronic obstructive pulmonary disease (COPD).

The result is a backlog that leaves too many people turning to the emergency room for routine care. That's the most inefficient, expensive way imaginable to deliver primary care, but they end up there by default.

According to Statistics Canada, some 4.2-million Canadians don't have a primary care provider and even those who do have a regular health-care provider cannot necessarily get care when they need it outside 9 to 5 office hours (nights, weekends, holidays).

The solution is to provide primary care differently, with group practices and interdisciplinary teams. But this transition has been a slow one, in large part because every patient visit still started with the physician.

That's where nurse-practitioners come in.

NPs are ideal for triage: Determining who really needs to see a physician promptly. They can also treat many minor ailments and, more importantly, do the on-going management of patients with chronic illnesses.

By some estimates, NPs can do about 80 per cent of what GPs do. But we need to be cautious with this type of statistic. It should not be used to suggest that NPs replace GPs.

Rather, what we want is for all health professionals (doctors, nurses, pharmacists, midwives, physiotherapists, etc.) to work to their full scope of practice, and to ensure that they work together to ensure patients get prompt, thorough care.

The greatest lacuna in our current primary care system is the lack of co-ordination and follow-up.

When people get treated in the ER there is almost never any follow-up. When they are treated in a physician-only practice, too often they are treated for only one condition at a time. Ideally, in an interdisciplinary clinic (and each province has different names for these entities) the care should be more holistic and seamless.

This doesn't happen now because there is too much turf protection.

In fact, the suggestion that adding nurse-practitioners will improve patient care will no doubt be met with the following vociferous objections from some physicians: NPs may be able to diagnose minor ailments but they will miss some important stuff; they see fewer patients and take more time than GPs typically do and; they don't save money.

There is some truth to all these claims. NPs are paid between $48,000 and $98,000 in salary, plus benefits, compared to GPs, whose gross income averages $239,000, but who have to pay overhead out of that income. NPs do see fewer patients but that's okay if they deal with different problems than physicians, such as helping extricate a woman from an abusive relationship rather than treating bruises. And while there are limits on what NPs can diagnose and treat, the same is true of GPs, who often pass cases on to specialists (quite appropriately).

The point being that we have to stop considering these changes as either/or propositions. NPs should not be viewed as a threat, nor as a panacea.

If we hope to have the healthiest population possible – which, after all, should be the ultimate goal in a country with universal health care – every single citizen should be linked to a primary care provider from birth to death.

But that provider need not be an individual, nor should patients care what letters a health professional has after their name, MD or NP.

What matters ultimately is the quality of care. 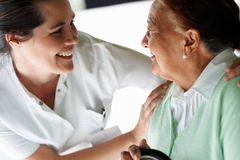 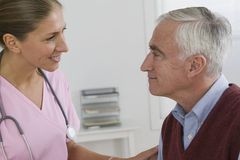