Parkinson's disease has invaded every aspect of Soania Mathur's life. The 41-year-old, diagnosed more than 14 years ago, was forced to give up her practice as a family physician as a result of the disease. Every day, she takes about two dozen pills. She can't play or physically interact with her three daughters – ages 13, 11 and 7 – the same way as other mothers her age.

"It affects every day," she said.

Ms. Mathur, who lives in Ajax, Ont., is one of the unlucky few who are diagnosed in their 20s with an early onset form of the disease, which usually strikes people in their 60s.

But a new online service offered by the Michael J. Fox Foundation for Parkinson's Research is giving her hope. The Fox Trial Finder matches patients with clinical trials in which they may be able to participate. Interested volunteers simply answer questions related to their location, symptoms, time since diagnosis and other factors, and learn whether they may be able to join research studies.

The idea is to provide a much-needed recruitment boost for clinical trials, which often face lengthy delays due to a lack of volunteers. Creating an online gateway for patients to connect with research studies also lets them take a more active role in their health.

"It drives you forward, the fact you can somehow help control your future by participating in a clinical trial that may lead to better treatments and potentially a cure," Ms. Mathur said.

The Fox Trial Finder is an example of what is becoming an increasingly common trend in medical research. In the past, patients would hear about trials from their doctors or through advertisements. Patients would then talk to their doctor about whether to get involved.

Now, an enormous amount of the recruitment efforts for clinical trials is moving online for many conditions including juvenile diabetes, rheumatoid arthritis and heart disease. It's opening the door to more direct communication between patients and researchers and, in some cases, allowing patients to sign themselves up for trials without their doctor's knowledge or approval.

The need for study volunteers is also becoming big business, with many for-profit companies working with pharmaceutical companies, schools and other institutions to help with recruitment.

At best, the sudden boom in online recruitment could help speed the development of new treatments. But bioethicists and some members of the medical community are worried this new brand of recruitment could exploit desperate, vulnerable patients who actually don't understand the complexity of research trials. Many patients, they fear, may not realize exactly what they're signing up for.

"You have to be very careful about who you're going to and exactly what you're getting into," said Michael McDonald, professor emeritus of applied ethics and founding director of the W. Maurice Young Centre for Applied Ethics at the University of British Columbia.

PatientsLikeMe is a popular online networking company, based in Cambridge, Mass., that lets people connect with others and share information about their disease or condition, symptoms and treatments. In 2008, the site began a new service that links patients in its database with clinical trials. Simply type in basic information, such as location and disease type, and patients are matched with projects in their area. They can typically contact the researchers directly to sign up as volunteers.

In many cases, PatientsLikeMe is paid by pharmaceutical companies to recruit volunteers for their trials.

Ben Heywood, co-founder and president of the company, said they are transparent about how they make money and that volunteers understand this.

"We tend to not take the paternalistic view that patients need the nanny to figure out what's good for them or not good for them," Mr. Heywood said.

PatientsLikeMe does have a section on its site informing users that it does receive money from pharmaceutical companies. In addition to payment for clinical trial recruitment, the site also sells users' data to drug companies.

It's just one example of a company that's making money recruiting trial volunteers. Many others, such as the Canadian Centre for Clinical Trials, are paid to find potential study participants and use everything from Google, Facebook and LinkedIn ads to do it.

"It's not that it's necessarily illegitimate, but we as potential research participants should know there is a potential transaction going on," he said.

Even non-profit organizations, such as the Michael J. Fox Foundation or the Juvenile Diabetes Research Foundation, are wading into ethical quagmires by getting into online recruitment, according to Timothy Caulfield, Canada Research Chair in health law and policy at the University of Alberta.

That's because the majority of patients simply don't understand the complexities and potential pitfalls of getting involved in clinical research. Many trials, for instance, are only designed to assess whether a certain drug or treatment is safe, not whether it works. It's also quite likely that patients participating in a trial will only get a placebo, or sham treatment, so researchers can compare their results against those who receive the real treatment.

"So often people want to get involved in these projects because they're hoping for some benefit," Prof. Caulfield said. "Patients need to understand all the way along what the real purpose of a clinical trial is."

Philip Welford, vice-president of strategic partnerships at JDRF, said its online clinical trial centre provides information and that patients are urged to discuss possible trial participation with their doctors.

Prof. Caulfield understands the pressing need f or more volunteers. But regardless of the good intentions involved, the explosion in online recruitment could still put vulnerable patients in a precarious position.

"Bottom line is, you want to make sure these things are happening in an ethical fashion," he said. 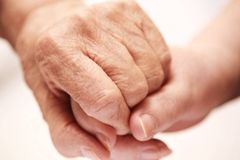 Parkinson's then cancer: how humour saved a B.C. artist
November 7, 2011 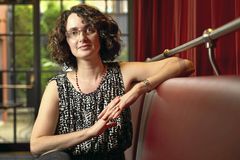 Is there a pesticide-Parkinson's link?
September 22, 2006
Follow Carly Weeks on Twitter @carlyweeks
Report an error Editorial code of conduct
Due to technical reasons, we have temporarily removed commenting from our articles. We hope to have this fixed soon. Thank you for your patience. If you are looking to give feedback on our new site, please send it along to feedback@globeandmail.com. If you want to write a letter to the editor, please forward to letters@globeandmail.com.
Comments