Ontario is expanding funding of one of the world's most expensive drugs to cover sufferers of a life-threatening genetic disease that damages vital organs, a move that counts as a victory for patients but raises questions about how provincial governments decide which high-priced medications to pay for.

Ontario's Health Minister announced Wednesday morning that the government would extend funding of the drug Soliris on an "interim" basis to some patients with atypical hemolytic uremic syndrome (aHUS), a disorder that affects about 30 people in Ontario and fewer than 100 across Canada.

The medication can cost more than $700,000 per year for aHUS sufferers, an eye-popping price that has prompted Canada's federal drug-price regulator to call a rare public hearing into why a Connecticut-based drug company is allegedly charging more for Soliris here than in other well-off countries, including the United States.

The Patented Medicine Prices Review Board (PMPRB) stipulates that drug companies cannot sell their products in Canada for the top price among seven comparator nations.

"We consider it our golden rule," said Doug Clark, the executive director of the board. "The circumstances of this case are that Soliris has been priced higher in Canada than in any of those other seven countries since 2012."

The company that makes Soliris, Alexion Pharmaceuticals Inc., plans to "vigorously challenge" the regulator's allegations, saying the suggestion that it charged an excessive price for Soliris in Canada is "simply wrong, and not based on sound reasoning."

No matter the outcome of the Soliris hearing, Canadian provincial governments will continue to wrestle with how to handle the funding of ultra-expensive drugs for orphan diseases, especially because of the often heartbreaking stories of patients who cannot afford them.

Those patients can exert significant public pressure on politicians. Ontario made its announcement Wednesday at the same time a group of aHUS sufferers held a rally and news conference at Queen's Park to demand that Soliris – which every province already funds for a different rare blood disorder called paroxysmal nocturnal hemoglobinuria – be covered for aHUS patients.

Until Wednesday, only Quebec covered the drug for aHUS patients.

In a statement announcing the decision, Ontario Health Minister Eric Hoskins said, "We took the politics out of drug funding, and we now rely on experts to determine which drugs are funded."

The statement said he was informed this week that Suzanne McGurn, the executive officer of Ontario's public drug programs, had decided the drug would be funded for aHUS patients who meet certain clinical criteria, meaning payment will be determined on a case-by-case basis after a request from a patient's doctor.

Ms. McGurn said this month Ontario and other provinces submitted a request for advice to the Common Drug Review, the federal body that recommends whether new drugs should be publicly funded.

The organization's Canadian Drug Expert Committee recommended against funding Soliris in 2013, but Ms. McGurn said some new practices and evidence around the drug persuaded Ontario to ask for fresh advice on the subject. She said experts had been examining the issue for months.

The patient group aHUS Canada, whose members spoke at Queen's Park Wednesday, discloses on its website that it receives "unrestricted educational grants," from the company that makes Soliris. Drug-makers donating money or in-kind support to patient advocacy groups is a common – and troubling – practice, according to Michael Law, a professor in the Centre for Health Services and Policy Research at the University of British Columbia.

"As soon as you get a patient group that gets themselves on TV, gets themselves in the newspaper, it becomes very difficult as a drug-plan manager to say no," he said. "I don't know that it's ever going to be possible to completely isolate it totally from the politics. You can always have a story about somebody with a rare disease who's ill. And those are horrible stories."

Toni Vernon is one of the aHUS patients who hopes to qualify for public funding of the drug.

She was diagnosed with aHUS in 2012 after rushing to a Toronto hospital with what turned out to be kidney failure triggered by the genetic condition.

Now the 59-year-old mother of four is on dialysis three times a week and needs a kidney transplant.

A friend who is a perfect match has offered to donate her organ, but doctors will not proceed with the operation unless Ms. Vernon is on Soliris, which she hasn't been able to afford.

"I was devastated because I had such high hopes," she said. "I'm being kept alive by a machine and I don't want to be on it for the rest of my life."

Ms. Vernon is unsure what Ontario's announcement Wednesday will mean for her, but she is hopeful she will get access to Soliris. 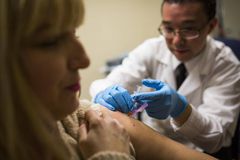 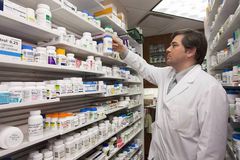 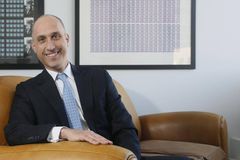 Canadians with cystic fibrosis living longer than a generation ago
November 13, 2014 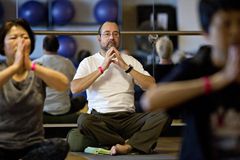 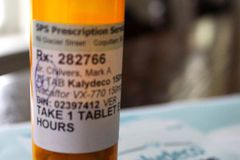