Ontario is moving to become only the second province in Canada to ban payments for blood and plasma, but the Toronto-based business that is the target of the proposed law intends to begin limited collection of plasma next week regardless.

The provincial Liberal government announced Friday that it would introduce legislation making it illegal to provide any compensation, including reimbursing expenses, to people who give blood and plasma, the pale-yellow liquid that surrounds the cells in blood.

Paid donations are almost unheard of in Canada. No clinics pay for whole blood and just one, in Winnipeg, pays for plasma.

However, a startup company called Canadian Plasma Resources is trying to open two private clinics in Toronto and one in Hamilton that would pay $25 per plasma donation, dispensed in retail gift cards.

The proposed legislation and two hastily posted regulatory amendments are designed to keep the clinics from opening, Health Minister Deb Matthews said in an interview. "We don't allow people to sell organs or other body parts or sperm or eggs," she said. "We believe you should not be able to sell blood either."

The question of whether to pay for plasma is nuanced, at least in this case. Canadian Plasma Resources is planning to collect plasma only for sale to manufacturers who turn the raw product into medications such as albumins to treat burn victims and immunoglobulins to treat immune disorders.

Canadian Blood Services, which buys in bulk all plasma-derived products for Canadian hospitals outside Quebec, already purchases more than 70 per cent of its supply of immunoglobulins from U.S. companies that pay donors.

"This is not unique to Canada. This is true around the world. Almost no country is self-sufficient in immunoglobulins derived from unpaid donors," said Graham Sher, the blood-collection agency's chief executive.

Demand is so high that Canada would need 800,000 litres of plasma annually – nearly four times the roughly 225,000 litres it currently draws from volunteers – to meet the need, Dr. Sher added.

Canadian Blood Services and the Canadian Hemophilia Society both say the practice is safe and has not undermined the voluntary blood-and-plasma donation regime south of the border. They see no reason to prohibit plasma payments here.

"We think [the legislation] is a reaction to public opinion as opposed to any kind of analysis of science or ethics," said David Page, the national executive director of the Canadian Hemophilia Society. "It's an easy sell politically to say no to payment, but it's probably not based on any kind of solid rationale."

Other organizations praised Ontario's move, including Canadian Doctors for Medicare, which congratulated the Liberals for "choosing safety over private interest."

Barzin Bahardoust, the chief executive officer of Canadian Plasma Resources, said his company has already sunk about $7-million into its trio of clinics and hired 40 employees, 25 of whom it has laid off while it awaits a licence from Health Canada.

Health Canada licenses plasma clinics solely for safety purposes. Ottawa has left it to the provinces to decide whether paying for blood products should be illegal, as the 1997 Krever Commission report into the tainted blood scandal recommended.

Quebec is the only province that has followed that advice.

Canadian Plasma Resources, which applied for a licence in November, 2012, is still waiting for word from Health Canada. In the meantime, Mr. Bahardoust said his company plans to collect plasma that can be sold to researchers at cost, something Health Canada confirmed on Friday does not require authorization from Ottawa. The company is planning to open one Toronto clinic, on Adelaide Street East, for that limited purpose on Tuesday, despite the province's efforts to block it.

"We're hoping [the legislation] will not be passed," Mr. Bahardoust said. "I don't think the patient groups and activists will let Deb Matthews make such a change." But Ms. Matthews said regulatory amendments kicking in next week can stop Canadian Plasma Resources, despite the company obtaining a legal opinion that says otherwise. "We believe we can prevent them from opening," Ms. Matthews said, while stressing she does not want to undermine the principle of voluntary donation. 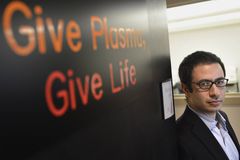 Putting blood type diets to the test: Are they right for weight loss?
January 27, 2014 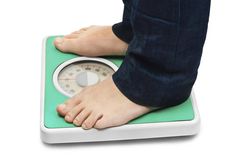 How hospitals are on the front lines in a new era of germ warfare
January 31, 2014 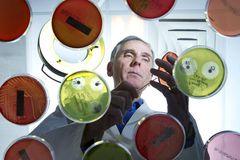 ‘Outbreak’ or not? How superbugs test a hospital’s practices on informing the public
January 31, 2014 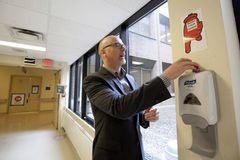