When Renée Smith was diagnosed with Type 2 diabetes about seven years ago, she didn't have to go far for personalized advice on managing her chronic illness.

"Right away, the doctor put me in touch with their nurse and dietitian," she says. "I had a meeting together with them. They explained everything to me and put me on a diet to control it. It was very helpful." The part-time French teacher, 60, is now in good health.

Smith's physician belongs to one of Ontario's 184 family health teams, the one-stop medical shops that the provincial government has trumpeted as the future of primary care.

The great hope for this teamwork approach is that it can keep patients, especially those with complex, chronic illnesses, as hale as possible by offering them the help of doctors, nurses, pharmacists, dietitians, social workers and other health professionals – ideally all in the same place.

The model is young and far from perfect, but it is showing promise. A recent major review by the Conference Board of Canada found that more than three-quarters of patients surveyed at family health teams were able to nab same-day appointments; patients with hypertension and diabetes self-reported better control of their blood pressure and blood sugar.

Most importantly, patients seem to really like the teamwork approach to primary care. I certainly do. I belong to a family health team that has taken excellent care of me and my kids. As a working mother of two children under the age of four – with a third on the way – I'm constantly in need of night and weekend appointments to help me decode the latest mystery rash or unexplained fever.

When my first son was born, we attended the practice's "well-baby groups," for all of his milestone appointments. While the doctors took each baby aside to be weighed, measured and vaccinated, the rest of the parents participated in a question-and-answer session with a nurse – a godsend for a new mom.

While other provinces, including Alberta and Quebec, have embraced team-based family medicine, none has done so with as much gusto as Canada's most populous province.

So I was puzzled when the Ontario government announced last month that it was slowing its push toward the patient-friendly team approach by blocking physicians from entering the two types of pay programs used within the teams, except in regions in dire need of more family doctors or when a veteran doctor retires.

"How do you explain the government moving very strongly for the last decade in these directions and then putting the brakes on?" asked Dr. Rick Glazier, chair of the primary care and population health program at the Institute for Clinical Evaluative Sciences (ICES) in Toronto.

"What I think is going on is the new models are expensive. We have entered an era of real austerity."

The dilemma for the province's cash-strapped Health Ministry is that the new pay models for family doctors are proving much more expensive than the old. The predicament goes to the heart of the biggest issue in Canadian health care: How do you balance the desire to provide excellent medical care with the need to rein in public spending?

This dilemma is playing itself out in Ontario's fight with its doctors. The province decided to limit the number of family physicians entering so-called alternative pay models as part of a new contract it unilaterally imposed on Feb. 1 after more than a year of fruitless negotiations with the Ontario Medical Association, which represents the province's 28,000 doctors.

The restriction was just one of a slew of major changes to how doctors are paid – the province also cut all fees by 2.65 per cent, for example – but this one raised some eyebrows because it seemed out of step with the march toward patient-focused, comprehensive primary care in Ontario and across the country.

Before you can understand why Ontario decided to tap the brakes, you need to understand how family doctors are paid, and how that is changing across the country. And believe me, that in itself is a monumental task. Here, simplified, is how it works.

Traditionally, governments pay doctors a fee for every checkup, test and treatment. But, in Ontario at least, 60 per cent of doctors now earn the bulk of their pay by formally enrolling patients in their practices, a model known as "capitation." On top of that, they are paid a blend of bonuses and premiums for meeting certain targets, such as for cancer screening.

This has been celebrated because it frees them from the skewed incentives of the old fee-for-service assembly line, which rewards physicians for the quantity of care they provide, not the quality.

(In the traditional pay model, the faster your doctor sees you and moves on to the next patient, the more money he or she makes.)

"It takes time to attend clinical meetings, to attend complex-care clinics. If you're going to address complex [patients], you have to carve out periods of time to do that," said Dr. Pauline Pariser, the lead physician at the Taddle Creek Family Health Team in Toronto, where Smith is a patient.

"I was in [the fee-for-service] model for 20 years and you just felt you were in the trenches, pushing people through."

However, physicians can belong to the organizations and networks without belonging to a team. The thing that sets the teams apart is the participation of other health professionals.

But by allowing groups of three or more doctors to join the capitated pay models without necessarily joining family health teams, the province was hoping to spread the model's benefits (such as more time with patients) to those who aren't lucky enough to live near a family health team office. These new models are more expensive than the old fee-for-service structure.

Just how much more expensive was made clear in a 2011 provincial Auditor-General's report that received little attention at the time – perhaps because the Byzantine blend of bonuses, access payments and capitation that make up Ontario's 17 different alternative payment arrangements for family doctors are impossible for the average patient and taxpayer to understand. The system is so mind-numbingly complex that even the ministry struggled to understand what it was getting for its money, the Auditor-General said.

Still, the report flagged some key problems: 22 per cent of the patients enrolled with doctors on the two most common alternative payment plans did not visit their family doctors at all in 2009-2010, yet their doctors received a total of $123-million just for having the no-show patients on their rosters.

Nearly half of those patients visited another doctor that year, which the Ontario Health Insurance Plan, OHIP, paid for. This happened despite the fact that doctors are financially penalized when enrolled patients visit a walk-in clinic or another doctor – as I sometimes do when my kids get sick while I'm out of town visiting my parents.

Over all, the auditor-general's report found most doctors on the alternative payment plans in 2007-2008 were being paid at least 25 per cent more than their counterparts in the traditional fee-for-service system.

That should come as no surprise to the government, says Dr. Scott Wooder, past-president of the Ontario Medical Association and a family doctor in Hamilton.

The new models were part of a larger effort to attract more doctors to family medicine; there are now 20 family doctors for every 10,000 people in the province, up from 17.5 a decade ago, according to the province's Ministry of Health and Long-Term Care. An additional 1.4-million people found a family doctor in that time.

That is certainly the sentiment at the Taddle Creek Family Health Team. The team's staff of 15 doctors and more than 20 other health professionals, including nurses, social workers, dietitians and a pharmacist, offer complex-care clinics and a slew of group classes on everything from managing hypertension to quitting smoking.

"It's an exciting place to be a patient and a very rewarding place to work," said Dr. Christina Biancucci, one of the team's younger physicians.

Still, Ontario Health Minister Eric Hoskins told The Globe and Mail's editorial board earlier this month that his intention is not to turn back the clock on primary-care reform, but to nudge family doctors toward under-served pockets of the province while taking a "hard look" at how family health teams are functioning.

The Conference Board of Canada review, which the ministry commissioned and published at the end of last year, concluded that the model performed well in some ways, but fared poorly in others, including in recruiting and retaining other health professionals whose provincially funded salaries are not always competitive with what they might earn in the private sector. In a separate study from ICES, Glazier found that patients at family health teams used emergency departments slightly more than would be expected, for reasons he and the other researchers could not easily explain.

There isn't much the province can do with reports like these while it is mired in a contract dispute with its doctors. While that fight drags on, patients can rest assured there's no plan to dissolve existing family health teams.

There's no such reassurance for medical students who had hoped for a career in team-based medicine in Ontario – they've been left to wonder about their futures.

"Family medicine is such a fantastic discipline. But the fact that my ability to work in a team environment in Ontario is going to be limited is a cause for concern," said Claudia Frankfurter, 21, a first-year medical student at the University of Toronto.

"The way I'm being trained and educated is not going to match up to the way I practise." 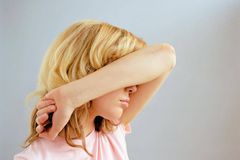 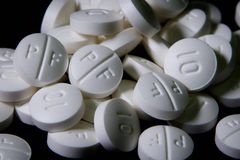 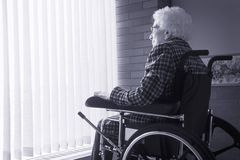 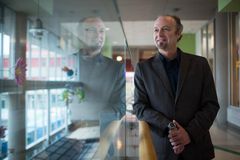