Organic foods, often touted as the more sustainable option for consumers, are no "Holy Grail" for the global food system, according to a new study.

The paper, written by University of British Columbia researchers, challenges the widely held assumption that organic food products are automatically healthier or more sustainable than their conventional counterparts. Once lower yields are taken into account, the study finds that organic production can in some ways be considered less sustainable.

"There's nothing black or white about organic agriculture. There are just so many shades of grey and so many complexities," said the report's lead author Verena Seufert in an interview.

"Organic is not automatically better."

In her study, Ms. Seufert compared the effects of organic and conventional farming practices on a range of variables, including yield production, climate change mitigation, and cost to consumers.

Her research highlights some of the environmental benefits of organic production, including higher biodiversity, better soil quality, and better health conditions for farm workers. She also said the strict regulations behind organic production can often be incentive enough for consumers who are concerned most of all with transparency in how their food is produced.

But she also pointed to some significant challenges.

On yield production, she noted that the average organic farm produces between 19 and 25 per cent less food per unit area of land. This results in food that costs more – a major obstacle at a time when international organizations are already grappling with the challenge of feeding a growing global population. The world's population is expected to reach 9.7 billion by 2050.

And although organic farms tend to produce lower greenhouse gas emissions, she said this benefit is often negated once you factor in lower crop yields.

Ms. Seufert also challenged the popular belief that organic products are inherently healthier. "A lot of people buy organic food because they think it's better for their health. There's not a lot of evidence to suggest that," she said.

Of the evidence available, she said it's still unclear whether the small nutritional differences that might exist between organic and conventional products make a difference.

And while there is a clear difference regarding the use of pesticides, she said there's still no clear scientific evidence about the effects of pesticide use on the health of the consumer.

Ms. Seufert said the message of her study is that there's still no clear answer as to which method is better and that a lot of research still needs to be done before such conclusions are drawn. And much of the research that does exist is limited to studies conducted in North America and Europe.

"The problem is there are more passionate opinions than scientific evidence available," she said.

About 1.8 per cent of the farms in Canada are certified organic, according to Statistics Canada.

Stuart Smyth, a professor of agricultural economics at the University of Saskatchewan, said the lower yield of organic production is what concerns him most and poses an "ethical dilemma" for growers.

"Canada, as a wealthy industrial country, has a responsibility to contribute as much as we possibly can to improving global food security," he said. "To me, it's a real concern when I see land that could be more productive entered into an [organic] system that in some cases only produces [a part] of its potential capacity."

Ontario’s organic farmers want labelling loophole closed
November 14, 2016
How one Toronto organization is saving good food from the garbage
May 17, 2016 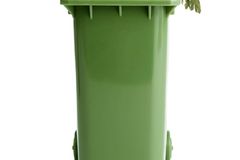 Wealthy Chinese are avoiding food scares with their own organic farms
August 1, 2016