Recent developments in the field of fertility research make it seem as if anything will soon be possible – at any age.

American researchers have just announced they have a method that gives a 40-year-old woman the same chance of conceiving via in vitro fertilization with her own eggs as a 32-year-old.

Early results from an ongoing randomized control trial at a Colorado fertility clinic show that the combination of freezing embryos and screening those embryos for abnormal chromosomes before transferring them to a woman's uterus increases the rate of implantation to 56.7 per cent, comparable to the rate of a much younger woman. A control group using fresh embryos achieved a lower rate at 38.7 per cent. In the control group, the miscarriage rate was 17.4. In the test group there were none. Women in the study were 38- to 42-years-old.

"We're thrilled. These results are incredibly exciting. For us, it's always wonderful to be able to offer something that's clinically effective," says Dr. Mandy Katz-Jaffe, the scientific director of the Colorado Center for Reproductive Medicine.

To add to the positive developments, a Scottish meta-analysis, published in September in the journal Fertility and Sterility, also found that freezing embryos before implanting them in a woman's uterus can result in healthier pregnancies with less risk of bleeding, pre-term and low-weight babies, miscarriage and death soon after birth. One reason could be that the lining of uterus has time to recuperate after the hormone therapy used to stimulate the ovaries into producing the eggs to be harvested for IVF, says researcher Dr. Abha Maheshwari of the University of Aberdeen.

But before too many women and couples hit pause on their biological clocks – or print out the news to wave at their fertility doctor, if they're already seeking help to conceive – experts, even the researchers themselves, urge people to read the fine print. While these new techniques offer a beguiling sense of hope, it's important to understand their limits.

As Canadian expert Dr. Carl Laskin, a partner at Toronto's LifeQuest fertility clinic puts it: "I tell everyone going through IVF, it is a tool. It's not the cure."

While refinements in techniques are showing statistical promise, the fact remains a woman's chance of giving birth with her own eggs takes a nosedive after the age of 35.

University of British Columbia counselling psychologist Dr. Judith Daniluk, who works with clients who are having trouble getting pregnant, says when paired with unrealistic celebrity news about women giving birth in their late 40s, new developments in the field can be misinterpreted. ("Unfortunately what they don't tell you is that they're not using their own eggs," says Daniluk.)

She has seen women who, at 42, are surprised that their chances of conceiving with their own eggs via IVF remain low. "It's heartbreaking because, in so many of those cases, just because you're physically now in great shape and you're ready emotionally, or socially or economically, you still have 42-year-old eggs," she says.

Typically in the IVF process, the best embryo is selected for a transfer immediately, and spare ones are frozen for later use if the fresh cycle fails, or to try for siblings later on if it succeeds. The caveat, though, is that embryos with the correct number of chromosomes are simply harder to find as women age, says Katz-Jaffe. For the new protocol to work, she still has to find a healthy, viable embryo to implant.

"We counsel our patients along those lines. Unfortunately, they can't walk in the door and have a 60 per cent chance of pregnancy. We can't give them that. These results are based on the identification of an embryo with the correct number of chromosomes. But that's exciting."

Laskin, a past president of the Canadian Fertility and Andrology Society, says patients routinely ask about the latest scientific developments and whether they can access them. In some cases, his clinic may already be offering them. In others, the techniques may still be too experimental.

In the case of the Colorado study, Laskin says it suggests widening the scope of screening methods already in use.

"We don't do [chromosomal screening] on everybody, we're more selective," he says. "They're saying 'Look, maybe we should be using this more often.' This is something to watch."

Laskin says the Scottish analysis points to ongoing improvements in freezing embryos. There are clinics in the United States that are doing more frozen-embryo transfers than fresh. "I don't think we're that far away. It would not surprise me that in two years' time, that more and more clinics are not doing fresh transfers, they're freezing them."

UBC's Daniluk, says despite incremental good news, her recent research shows Canadians overestimate both their own fertility and what reproductive technology can do to help. More than 90 per cent of women in one of her recent studies said they believed that a woman can get pregnant with her own eggs via one round of IVF until she goes through menopause (which happens, on average at 51). A majority, 72.9 per cent, also believed that for women over 30, overall health and fitness level is a better indicator of fertility than age.

In Canada, the pregnancy rate is 18 to 20 per cent for women 40 to 41 years old who complete a cycle of IVF using their own eggs, says Laskin. In Quebec, where IVF is government-funded, a review of the data resulted in a funding cut-off at 42 for women using their own eggs. The "minimal success rates don't justify the costs," explains Daniluk.

"Nobody in our field advocates that you should wait until your 40s if you have choices. As much as, yes, we have made advances and we have improved the success and outcome, it's still difficult for many women in their 40s," says Katz-Jaffe. 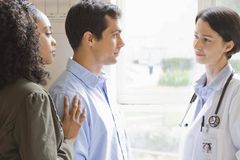 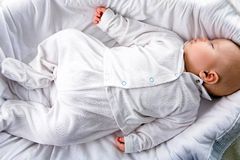 The clock is ticking: Female fertility declines earlier than you think
May 31, 2012 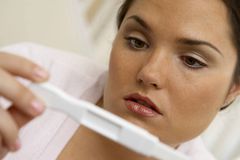