People who take everyday doses of painkillers have a 20-to-40-per-cent greater risk of crashing their cars, a Canadian study shows.

While that is a significantly lesser risk than driving while impaired by alcohol, patients and prescribers alike should be aware of the potential impact of opioid-based pain medication on their safety, researchers say.

"The most important message from this study is for doctors: They have to warn patients about this potential risk when prescribing opioids," Dr. David Juurlink, a scientist at the Toronto-based Institute for Clinical Evaluative Studies and co-author of the paper, said in an interview.

Juurlink said there is no question that painkillers affect attentiveness and alertness, and pain patients should be aware of this so that they can take precautions, such as minimizing their driving.

"We're not proposing draconian measures like don't drive or licence suspensions," said Juurlink, who is also head of the division of clinical pharmacology and toxicology at the Sunnybrook Health Sciences Centre in Toronto. "We're just saying: 'Be aware,' because these drugs are very commonly prescribed."

In fact, more than 170 million prescriptions for opioids are written each year in Canada, making Canadians, per capita, among the world's biggest users of narcotic painkillers. Opioids include pain medications with active ingredients such as morphine, oxycodone and codeine. Common brand names include Vicodin, Percocet and OxyNeo.

According to the research, published in Tuesday's edition of the medical journal Archives of Internal Medicine, a driver on a low-dose painkilling regime of 20 milligrams of morphine daily (the equivalent of two tablets of Tylenol-3, which contains codeine, three times a day) sees their risk of being involved in a motor-vehicle crash increase by 21 per cent.

A patient with a high-dose regime of more than 100 mg of morphine daily (the equivalent of two 80-mg doses of OxyNeo, which contains oxycodone, each day) sees their risk jump by 42 per cent.

By comparison, the risk of a person who has a blood-alcohol level in excess of 80 milligrams of alcohol in 100 millilitres of blood (0.08) soars about 300 per cent.

"Alcohol and opioids are not in the same ballpark, but opioids are still a concern," Juurlink said.

The study involved 549,878 Ontario residents aged 18 to 64 who received at least one publicly funded prescription of an opioid between 2003 and 2011. Those patients were in a total of 85,441 incidents of road trauma that required an emergency-room visit in that period.

The researchers examined in detail the cases of 5,300 patients, and compared them to an equal number of similar individuals who did not take opioid-based painkillers.

The paper notes that the increased risk from opioid-based drugs is almost certainly underestimated, for a couple of reasons. The data examined only patients who ended up in hospital for treatment after a crash and who had a legal prescription. Abuse of prescription painkillers is a large and growing problem.

There is, however, no easy way of measuring levels of intoxication caused by opioids and other prescription drugs, as there is with alcohol.

According to the Canadian Centre on Substance Abuse, drugged driving is now as common as drunk driving.

Opioids are not the only drug of concern. Last week, the U.S. Food and Drug Administration ordered manufacturers of insomnia drugs to cut the dosage because of evidence that users have a much higher risk if injury, particularly in motor-vehicle crashes.

Manufacturers of medications containing the drug zolpidem – sold under brand names such as Ambien and Sublinox – must lower the dose of the active ingredient by half, to 5 mg from 10 mg in regular products and to 6.25 mg from 12.5 mg in extended-release formulations. 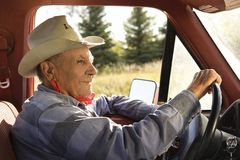 One toke over the line? Smoking pot linked to crash risk
February 13, 2012 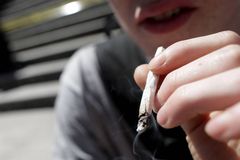 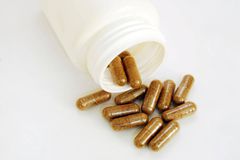