Chantale Turgeon was horrified to discover that her young son had gone on a field trip and left his backpack at school.

The backpack contained the boy's asthma inhaler and EpiPen – medications that could save his life if he had trouble breathing or came into contact with allergens such as tree nuts and sesame – so it was vital to have it near him at all times.

"I was livid, of course. I was in the principal's office the next day," Turgeon says, acknowledging that the oversight, which occurred last year, was no fault of any one person. Although the Montreal mother had taken pains to ensure school officials were aware of his medical condition and of what to do in case of an emergency, neither she, her son Kyle Aragona-Turgeon, now 10, nor teachers and administrators had considered who would be responsible for his medications during school trips.

As Turgeon and others who have children with chronic illnesses can attest, the stress of a new school year is often compounded by life-and-death concerns about where their children's medication will be kept and how they will be administered.

This year for the first time, Ontario students with asthma began the school year under the protection of a law that requires principals to develop individual plans for each of them, allows students to carry their own inhalers and makes it mandatory for school employees to receive training on asthma symptoms and triggers.

Ryan's Law was introduced after a 12-year-old boy died after his inhaler was locked in the principal's office, and yet, for now, Ontario students with diabetes or epilepsy lack the same protections and must settle instead for a patchwork of protocols.

That same scattershot approach applies across the country. In some provinces, it is left up to school boards or individual schools and parents to come up with appropriate measures. As a result, students with chronic illnesses can fall through the cracks, with sometimes fatal consequences.

The solution seems simple: Design a universal set of rules that means all Canadian students, and their teachers, have access to medications when they need them. How could that be so difficult to apply?

Part of the reason why there is no consistency across the country is because education is a provincial matter, says Joan King, manager of outreach and individual advocacy for the Canadian Diabetes Association.

For example, Manitoba has had a policy since 1999 that ensures any kind of emergency medication is not stored in a locked location and is either carried at all times by the child or adult responsible to administer. But in Alberta, there is no provincewide policy and school boards and schools choose how to address individual circumstances.

To overcome provincial barriers, advocacy groups have pushed for national guidelines. However, their focus has been on the specific conditions they represent.

For example, the Canadian Diabetes Association has guidelines for managing diabetes in schools, as does the Canadian Society of Allergy and Clinical Immunology for anaphylaxis. Separately, Turgeon and other volunteers of the Asthma Society of Canada's National Asthma Patient Alliance have created a new set of guidelines for parents and educators of students with asthma, which they hope can be applied nationwide. To be released in the coming weeks, their document aims to clarify the responsibilities of parents, students and schools when it comes to addressing students' asthma.

"I think we're all on the same page," King says. "But we haven't worked directly with each other."

Legislation can ensure that safeguards are enforced, yet too often the introduction of a law is spurred by a tragedy and tends to be specific to a particular condition.

This is the case in Ontario, where Ryan's Law was passed this April. That law was named after 12-year-old Ryan Gibbons, who died in 2012 after having an asthma attack at school. It was preceded by the province's introduction of Sabrina's Law in 2006, named after Sabrina Shannon, a 13-year-old girl who died in 2003 after an anaphylactic reaction while her EpiPen was stored in her locker.

According to Ontario's Ministry of Education, there have been a series of other bills proposed in the province for managing various illnesses in schools, ranging from diabetes to inherited heart rhythm disorders.

The ministry says it is now working to develop a comprehensive approach on how to deal with prevalent medical conditions in schools, including asthma, diabetes, anaphylaxis and epilepsy. Such an approach "would be much better" than having to pass separate laws for each condition, it said in an e-mail.

Contributing to the lack of consistency around dealing with students' illnesses is the fact that not all educators understand the seriousness of certain conditions, King says.

For example, she notes, students with diabetes have been made to walk unaccompanied to the office to receive treatment for low blood sugar, some have been refused the ability to keep snacks at their desks and many schools refuse to make glucagon, an emergency treatment for severe low blood sugar, available because it requires mixing fluids together and injecting it with a syringe.

Similarly, as Ontario MPP Jeff Yurek discovered when he first proposed Ryan's Law as a private member's bill, some schools in the province prevented students from carrying their own asthma inhalers and required them to be locked away for misguided safety reasons. "They deemed it as a medication and lumped it in their general medication policy and felt it needed to be administered in an office or nurse setting, when really, it's an emergency relief medicine that needs to be administered as soon as possible," Yurek says.

Faced with ill-conceived or non-existent policies, parents are taking matters into their own hands. In parts of the country where the approach of locking up asthma medication continues, some parents flout the rules and send their children to school with inhalers anyways, Noah Farber acting president and chief executive officer of the Asthma Society of Canada says.

"We don't really want kids carrying medication unbeknownst to their teacher. But ultimately, parents are saying, 'My kids' health comes first,'" he says.

Other parents have found themselves continually educating educators. Turgeon, for example, took it upon herself to create a plan that included instructions and emergency contact details, which she could send to school with Kyle.

But collaborating with her son's school to ensure his safety has been an exercise in trial and error. While Kyle's condition was easier to manage when he was younger and attending a home daycare, enrolling him in kindergarten was a bigger step as he no longer had one-on-one adult supervision. For starters, Kyle wasn't old enough to know when he needed his inhaler, so Turgeon relied on his teachers to watch for symptoms.

In gym class, Kyle was expected to participate in cross-country runs during peak allergy season or lose marks if he didn't, Turgeon says. (She made him wear cargo pants for these runs, with pockets for his inhaler.) She now makes sure Kyle's teachers remind him to take his inhaler on excursions or bring a spare themselves. Turgeon is vigilant about keeping a backup inhaler in the school office.

The solution she really wants, she says, is pretty basic: Create a federal requirement for all schools to support students' health conditions.

But that's not something she can wait for. Kyle's backpack is staying with him. Turgeon will make sure of that. 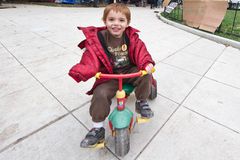 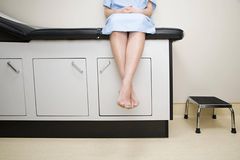