How strong is your sense of self-control? Your brain patterns may hold the answer.

A study, published online by the journal Nature Communications, has found that people who are better at delaying gratification have more efficient brain-network activity than those who have less self-control. The findings offer a glimpse into the neural mechanisms that make some individuals better at resisting temptation than others, which researchers say may be an early step to developing ways to improve self-control.

Marc Berman, a postdoctoral fellow at Baycrest's Rotman Research Institute in Toronto, and his team of fellow scientists examined a group of people who, 40 years earlier, had taken part in the famous "marshmallow test" at Stanford University's Bing Nursery School. That earlier study, which took place between the late 1960s and early 1970s, tested the willpower of four-year-olds by seeing whether they could refrain from eating a marshmallow immediately if they were promised two marshmallows 15 minutes later. Subsequent follow-up research found that participants who showed restraint were more likely to have a lower body mass index (BMI) and higher Scholastic Aptitude Test (SAT) scores, and were less likely to use drugs in their adolescence and get divorced later in life.

Berman and his team used neuroimaging technology (functional magnetic resonance imaging, or fMRI) to examine the brains of 24 of the original participants of the marshmallow-test study, including individuals who had demonstrated high self-control and those with low self-control.

Berman says these findings suggest that there may be a single neural activation route for exercising willpower. "If we can understand the physiology behind self-control, maybe we design interventions and training regimens to get people to improve their self-control," he says.

However, the study does not provide any information about how or whether the brains of the participants had changed over time.

"That's like the million-dollar question," Berman says, noting that it is unknown whether the brain network activity that indicates the strength of one's willpower is inherent or learned over time. He says his hunch is that it is a combination of both.

A study released last year cast doubt on the efficacy of the marshmallow test, suggesting that whether children refrained from immediately eating the treat depended as much on environmental factors as it did on their actual ability to delay gratification. That study recreated the original experiment, but had researchers arouse suspicion among the some of the children beforehand by failing to give them art supplies as promised. Those children who had an untrustworthy experimenter ate their marshmallows far sooner.

But Berman says that while it is possible to manipulate the experiment in a variety of ways to influence whether children eat the marshmallow, the strength of the original test lies in the fact that self-control was found to be related to several indicators, such as BMI and SAT scores, over time. "What matters is that control over those urges [in childhood] predicted all these other behaviours," he says.

Nevertheless, Berman emphasizes that participants of the original study should not be thought of as "winners" and "losers." In fact, despite the differences in their specific self-control measures, all the participants are highly educated, have similar IQs and come from similar socio-economic backgrounds.

"It's not to say that all self-control is good and lack of self-control is bad," he says, noting that some impulsive behaviours, such as risk-taking, can be a positive trait.

How to train your child

How can you train children to strengthen their self-control? Adele Diamond, a Canadian Research Chair professor of developmental cognitive neuroscience at University of British Columbia, offers these tips:

One exercise from the early-education program Tools of the Mind encourages pairs of children to tell stories to each other. Since most children would rather be the storyteller than the listener, parents can delegate the roles by giving a picture of a mouth to the child who is telling the story and a picture of an ear to the one who should be listening. Holding the picture of the ear helps to remind the child to listen until it is his turn to talk.

A Montessori tactic has children walk along a line drawn on the floor. This can be a difficult task for young children as it requires concentration and attention. Once the child has mastered walking along the line, parents can increase the difficulty, such as making a game of having each child hold a bell and not make a sound as they move.

Any activity that improves concentration and attention will help to build self-control, from martial arts to playing a musical instrument, as long as the child enjoys it enough to keep at it. "The best way to improve something is to practise, practise, practise," Diamond says. "What you need to do is to find something that you're going to do a lot." 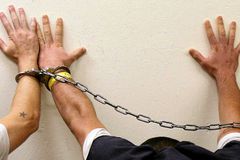 How having self-control as a kid can affect your health later
September 30, 2012 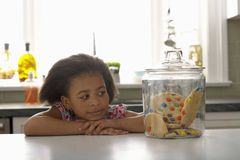 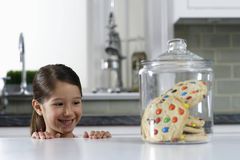